There is growing interest in Sphagnum as a wetland crop. It has been collected from the wild for generations, and this is still done in Patagonia for sale to Europe.

We aim to produce a profitable and environmentally friendly alternative to cutting peat for use as a growing medium for plants.

Sphagnum moss is found on peat bogs. When given an abundance of water, it can grow into a thick green carpet, as it can outcompete many other plants. Historically it would have been a major part of the plant life of Northern European bogs.

When dead moss gathers at the bottom of this layer, it does not decompose. This is because it is saturated with water, and an acidic environment is created by the moss. Over time the moss forms a thicker and thicker layer of dead plant material, known as peat moss.

What can it be used for?

If correctly dried and processed it can be used as a growing medium or potting material in the horticultural and agricultural industries. This offers an alternative for the large amount of cut peat currently used as a growing medium by these industries. Throughout Europe the main growing medium available from former bogs is cut the peat. This results in emissions of up to 200kg of CO2 per cubic metre of white peat - equivalent using nearly 90 litres of petrol. Producers of substrates for horticulture and agriculture are in need of alternatives to reduce their carbon footprint

It can also be used to help control pollution.  Certain grades of it can be used as filter to treat wastewater or as biodegradable adsorbent for a wide range of hydrocarbons. These include petrol, engine oil, diesel, tars, inks, fatty acid, toluene, and acetone.

Living fragments of Sphagnum can be used to enhance peatland restoration, a fast growing market as restoration of wild bogs is seen as important part of climate mitigation. For instance, in the UK the Government's climate ambition requires restoring 50,000ha of bogs. The Government of Ireland has recently outlawed further peat extraction, which will require extensive rewetting and restoration. 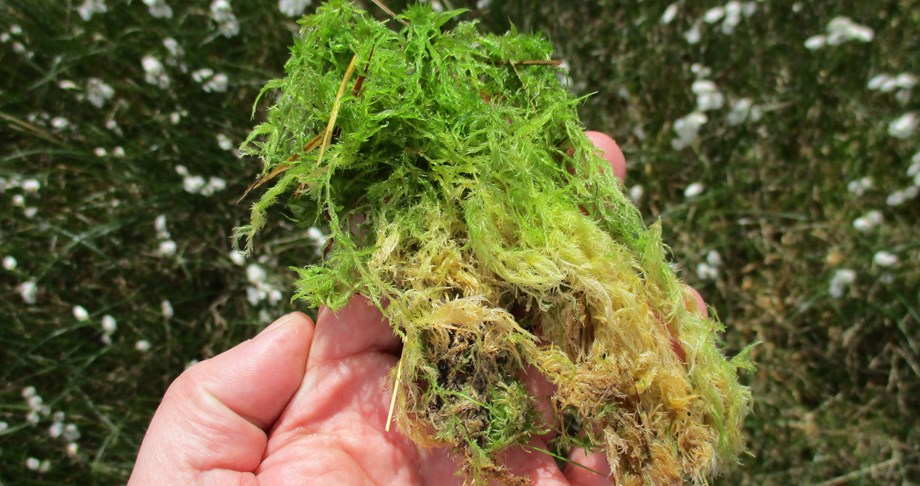 What has been done so far?

Trials have been carried out in several locations to determine the feasibility of Sphagnum-based substrates. However tests have only been carried out in limited locations, and the possibility of farming on wet land is not well known in the farming community. There are also barriers due agricultural and nature protection laws, and a lack of appropriate subsidy.

What are you doing within CANAPE?

We are constructing a demonstration sphagnum farm at Barver Moor in Germany. Construction began in 2020, and the first polder and reservoir are complete. Our team is now engaged in tending to and growing the crops.  The designs for our sphagnum farm are available here. In 2021 we recorded a video chat about our work at Barver Moor, which can be found here.

Below -  Picture 1. Construction of the sphagnum farm at Barver Moor, December 2019.A polder has been built, and the ground levelled to make a surface for growing sphagnum. Irrigation trenches run through the field, to allow the water level to be carefully controlled at approximately 5cm below the surface.

Picture 2. Spreading of sphagnum in the Spring of 2020. 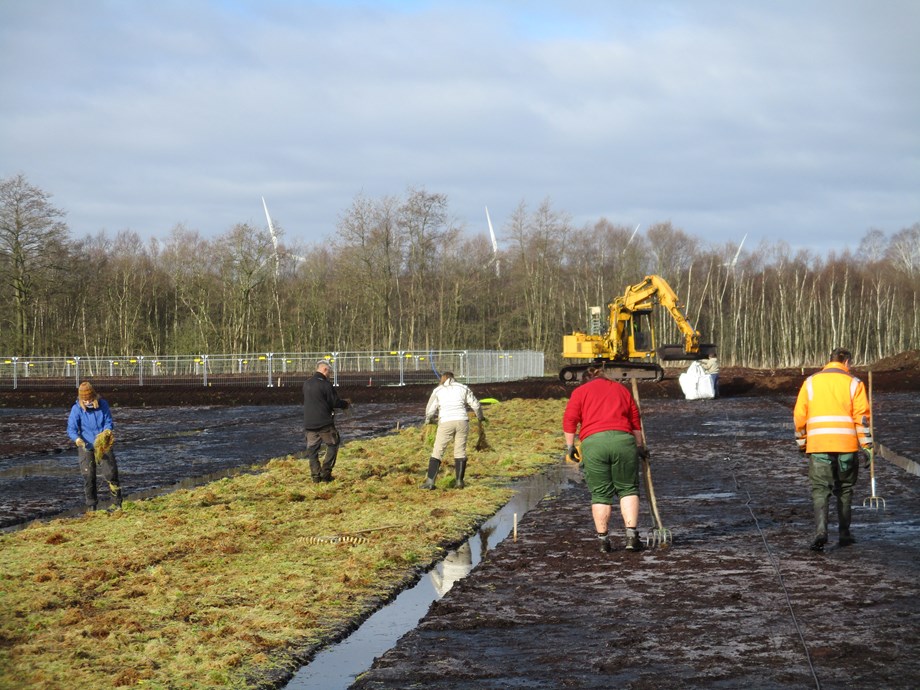