In order to test a more bottom-up approach, SEGES launched the “catchment officer concept”, a concept introduced by The Rivers Trust, with the specific purpose of finding suitable locations for environmental measures.

More about this project:

The Hagens Møllebæk catchment covers an area of 2.762ha and is located next to Skive Fjord in the northern part of Jutland.The area is largely dominated by agriculture as 76% of the area is used for agricultural purposes. The farmers in the catchment are faced with substantial nutrient emission reduction demands which so far have been enforced by ordinary top-down processes from the authorities. 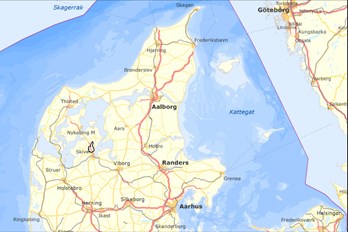 In order to test a more bottom-up approach, the “catchment officer concept”, with inspiration from The Rivers Trust, was tested in 2016 with the specific purpose of finding suitable locations for environmental measures.

The task of the catchment officer in Hagens Møllebæk is to establish a dialogue with local farmers in order to find suitable locations for environmental measures on the farmers’ fields.

In cooperation with SEGES a new measure - Saturated buffer zone - whish was implemented to be tested and demonstrated, watch the video about this measure here:

Outside the pilot area, another measure was implemented with help from the catchment officer - Intelligent bufferzone.

Watch the video about the Intelligent bufferzone here:

The concept has been an important input to the Danish Agricultural Agency who have now initiated a national program regarding catchment officers covering the hole of Denmark.

Details of the new national program for catchment officers can be found here: www.oplandskonsulenterne.dk

Other partners involved in this pilot include Landbo Limfjord.