09 August 2021 - Published by Alistair Maltby
The major work in the WaterCoG project is beginning to have an effect in the form of new local partnerships in Denmark.

The work since 2018, to scale up knowledge from the pilot area to other areas in Denmark, has begun to show results.

Since 2018, WaterCoG has been working with fjords and catchment-based data analysis and workshops in 14 fjords and catchments outside the pilot, which together cover about half of the Danish land area. One of the catchments where the new partnerships stand out most significantly is in the catchment area of ​​Odense Fjord. Here, municipalities, agriculture, private companies, nature stakeholders and research institutions have formed a partnership with the aim of achieving good ecological status in Odense Fjord. The EU Baltic Sea project WaterDrive, has also helped to facilitate the final process towards the partnership.

This is a completely new approach for collaborating regarding water environment in Denmark, where the approach for many years mainly can be characterized as a significant “top-down” governance.

All partners find great confidence in the new approach which was presented to the press at Odense Fjord on 7th June 2021.

Mogens Flindt, researcher at the University of Southern Denmark, has spent most of his working life dealing with the water environment in Odense Fjord. He now believes that the new partnership between agriculture, private companies, municipalities, and NGOs makes it possible to reverse the trend - once and for all.

The eelgrass largely disappeared from the fjord, and along with it disappeared important wildlife, as well as the fjord's ability to clean itself. Much of this can be attributed to the past's lack of understanding of the environment as well as the continued discharge of nutrients in various forms.

Mogens Flindt wants to reverse this trend, and it was therefore a happy day when Torben Povlsen from the Farmers' Association, Centrovice called to present a new proposal for working together.

“I am delighted that it is the companies that have the greatest impact on the aquatic environment that themselves take the initiative to do something about it. I seriously believe that we can make a success this time” says the associate professor (Kilde Fyns Stiftidende) 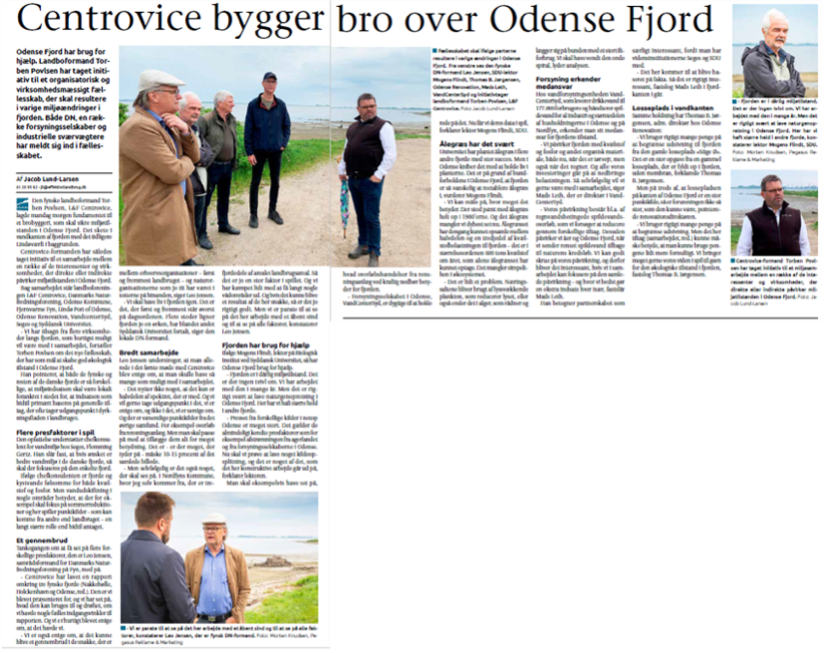 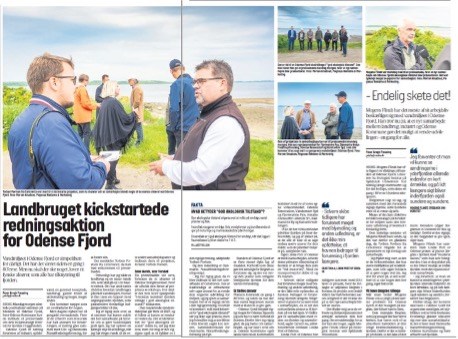