27 October 2020 - Published by Alistair Maltby
614 applications for constructed wetlands have been made within the period 2018-2020 with an estimated reach of 1,000 in 2021. Construction of the new sites have begun, but the majority have not been finished yet due to administrative burdens in The Danish Agricultural Agency.

A political agreement in 2015 named “Fødevare- og Landbrugspakken” (eng: The Food and Agricultural Package) allowed Danish farmers to use more nitrogen fertilizers up to crop optimum. Moreover, it was agreed to compensate for the extra discharge of nitrogen to the environment by implementing more wetlands, forests and the new measure end-of-drainage-pipe-solution constructed wetlands which have a budget on 390 million DKR over 4 years (2017-2020) 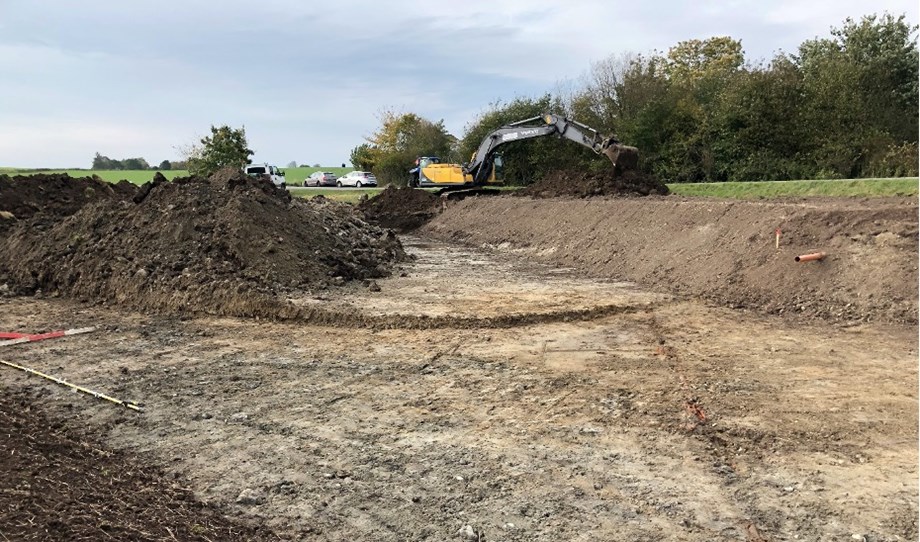 In the beginning of the national program for constructed wetlands the newly hired Catchment Officers went through a very steep learning curve as most of them, they had never worked with environmental measures before. The technical understanding of constructed wetlands, knowledge of drainage system, IT-tools, GIS, legislation and many more things were necessary to master in order to be successful.

In December 2017 the Danish Catchment Officers was on a 3-day knowledge exchange trip to WaterCoG partner Rivers Trust in East Anglia, UK with the purpose of learning about the work of Rivers Trust advisors, how they go about delivering farm advice and how they support reducing diffuse pollution from agriculture. 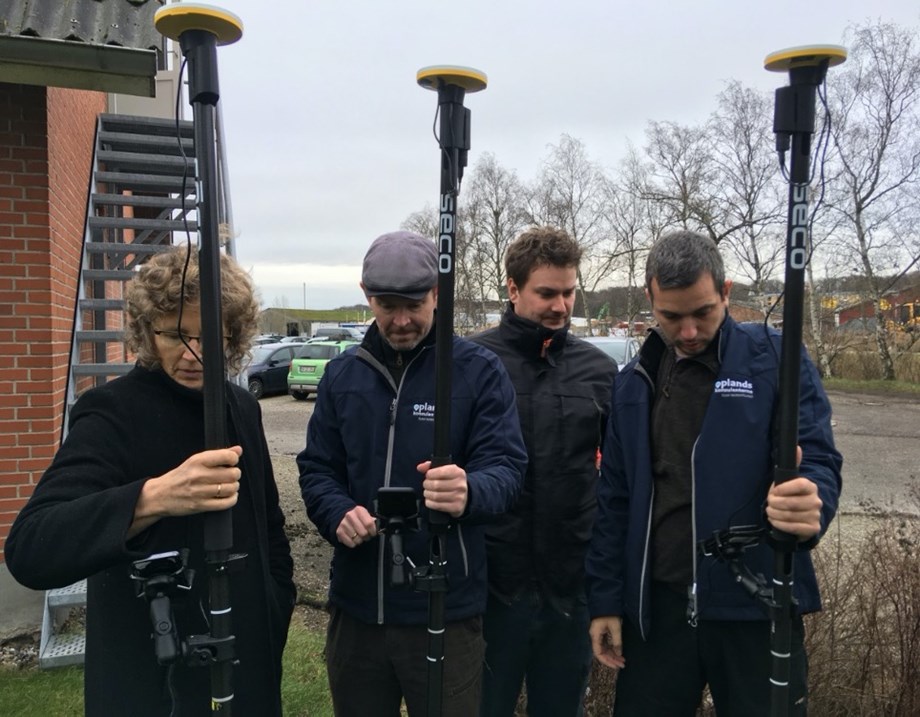 2018 – Communication and the first deadline for applications

During 2018 SEGES and the Catchment Officers made a substantial effort for promoting constructed wetlands to Danish farmers through videos, fact sheets, local meetings, online and many other platforms. 2018 was the first year where it was possible for farmers to make applications for funding of constructed wetlands.

The outcome of the first round was 48 applications. If constructed, the 48 constructed wetlands would have an estimated catchment area of 3.749 hectares and are expected to reduce the discharge of nitrogen to coastal waters with 11-23 tons per year with an additional significant phosphorus reduction effect.

Through the intensive commutation, training and qualification of the Catchment Officers they succeed to make 338 applications in the second round. The amount of application was so extensive, that the Ministry of Environment and Food of Denmark decided to allocate an extra 60,6 million DKR to the program which was equivalent to an 50 % increase in the budget for 2019. That meant that all application, if all ordinary demands was fulfilled, would be accepted. If constructed, the 338 constructed wetlands would have an estimated catchment area of 24.370 hectares and are expected to reduce the discharge of nitrogen to coastal waters with approximately 86,2 tons per year.

In autumn 2019 the Danish Catchment Officer visited Sweden for an exchange knowledge concerning local involvement in water governance. The trip went to 6 of the 20 new pilots from the Swedish national program for Catchment Officers ((“Lokalt engagemang för vatten”/LEVA) which is administrated by WaterCoG-partner Havs och Vatten myndigheten. 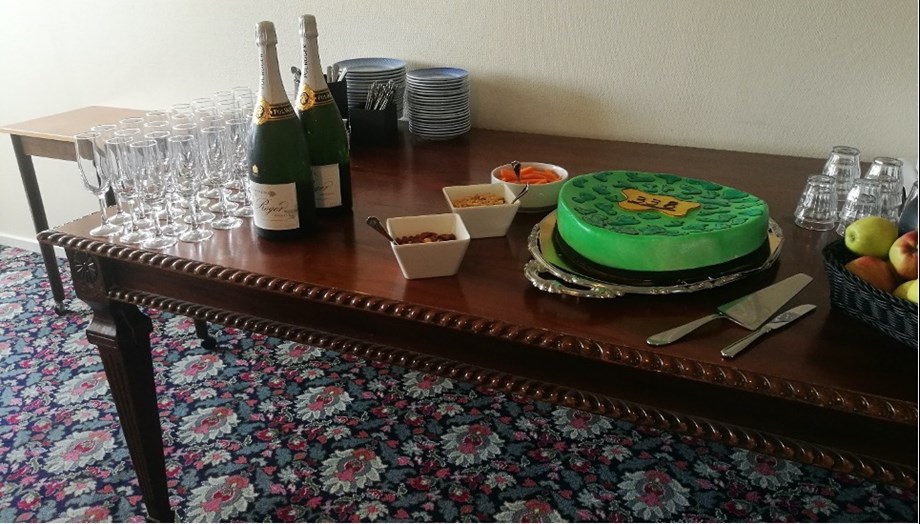 Above: Celebration of the second application round – with the number 338 written on the cake. 2019. Photo Credit: SEGES

The outcome of round 3 was 228 applications which are equivalent to an application of 98 % of the available funds for 2020, which makes it a total 614 applications for 2018, 2019 and 2020 combined. Unfortunately, it has not been possible, yet, to make an estimation of the total estimated catchment area and the expected reduction of discharge of nitrogen to coastal waters for the 2020 round.

A visit from Swedish WaterCoG pilots (LEVA) to Denmark and the Danish Catchment Officers was planned in autumn 2020 with SEGES as host but unfortunately, due to Covid-19, it was made into a webinar instead. On the bright side it meant that more people were able to attend so more than 50 Swedes, Catchment officers, authorities and scientists had a virtual field excursion day.

Progress has begun in regard to upscale the capacity of the Catchment Officer so they in the future will begin to work with a larger toolbox of environmental measures that suits the specific terrain. An example is restoration of small single-owned natural wetlands in areas with a high content of peat or organic matter, where the local municipality will participate in the implementation process.

Looking into the future it could also be a possibility that the Danish Catchment Officers are going to work with land consolidation that serves multiple purposes like the reduction of greenhouse gas emission, protection and restoration of nature, protection of groundwater and many other purposes handled with a catchment-based approach. 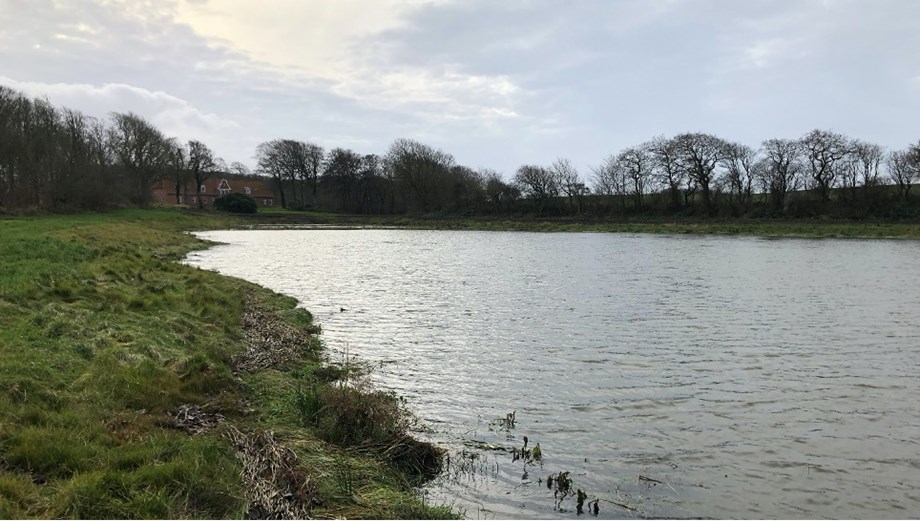 One of the first finished constructed wetland back in 2019. Photo Credit: SEGES