Using the ShipCLEAN simulation software from the University of Chalmers, initial estimates of fuel savings with wind propulsion technology are calculated for two different ships with Flettner rotor installations.

In the first figure, we see the fuel savings (compared to a ship with no wind propulsion technology) for the Annika Braren (owned by Rörd Braren) at a ship speed of 10.5 kn and all possible wind directions. In this “polar plot”, the true wind angle is relative to the heading of the ship (0° is the case where the ship moves directly into the wind). Fuel savings are possible through a wide range of wind orientations, and increasing wind speed increases the potential for fuel consumption reduction as the Flettner rotor generates more thrust. 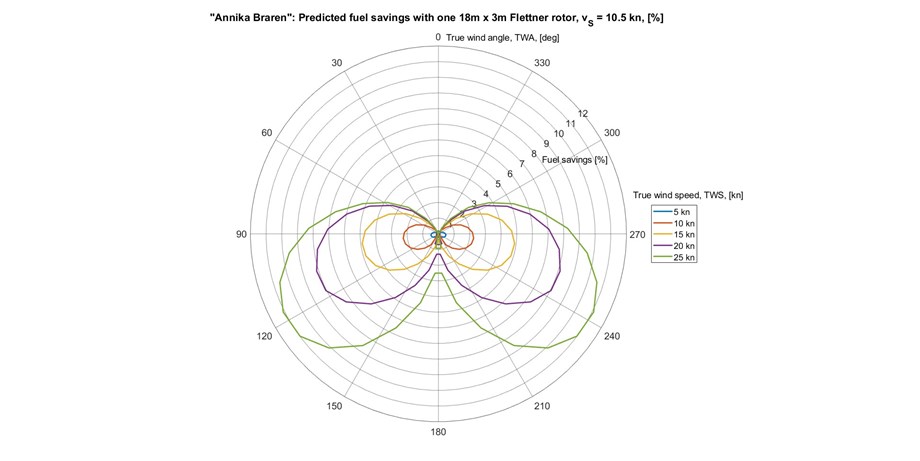 The second figure shows potential fuel savings on polar plots for the Copenhagen (owned by Scandlines) at two different ship speeds (18 kn on the left, and 20 kn on the right) and several wind speeds. The ship speed has an impact on fuel savings, and the choice of speed will likely form part of the optimal operating strategy for vessels that utilize Flettner rotors. 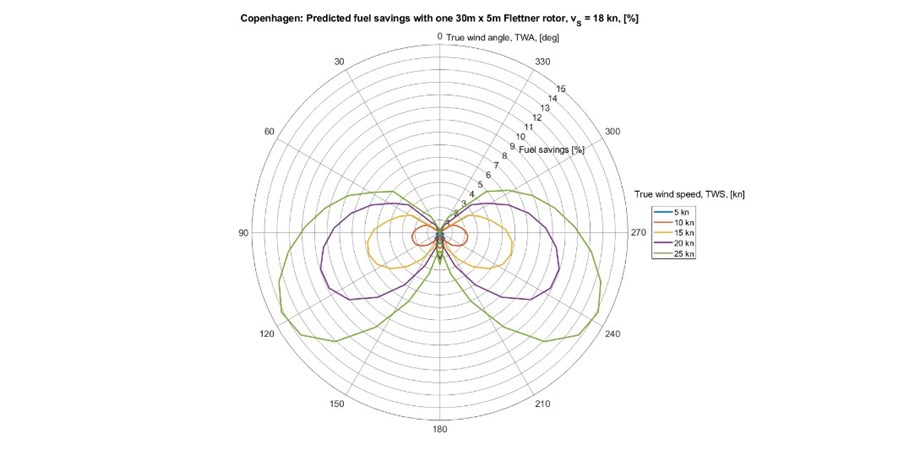 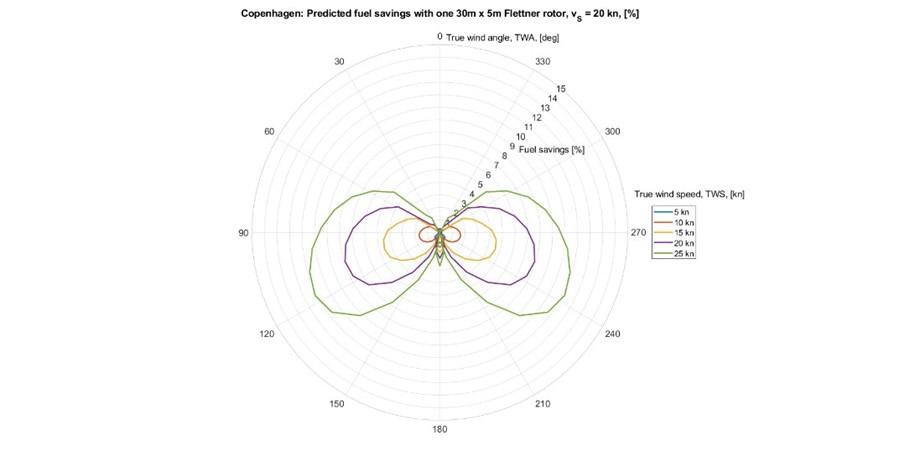