Get on Santa’s nice list by reading our TOPSOIL newsletter!

You can read our 8th newsletter here

The Global Centre on Adaptation works as a solution broker, bringing a range of stakeholders together to speed up the process of climate adaptation worldwide. The northern provinces of the Netherlands have joined forces in the Climate Initiative Northern Netherlands.

During the Climate Adaptation symposium, Jan den Besten, representing Water Authority Hunze en Aa’s and partner in TOPSOIL, presented the measures for flood control that have been implemented by his organization over the past 15 years. Climate and water are inseparable. The changes in precipitation, extreme rainfall, droughts and a rising sea-level all have impact on water management.   The research carried out under the TOPSOIL project on water quality and quantity in the catchment area of the Drentse Aa was also shared with a wide selection of experts and stakeholders during this session.

The audience of more than 150 experts and stakeholders can look back at an inspiring event, with valuable exchanges on the issues and challenges we face with the current climate extremes. 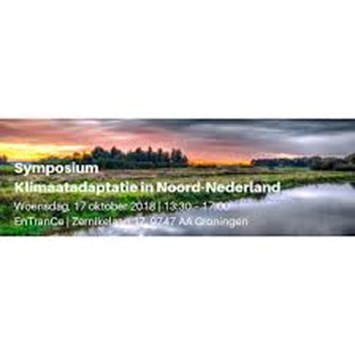