Get on Santa’s nice list by reading our TOPSOIL newsletter!

You can read our 8th newsletter here

The 20 year anniversary of the Interreg North Sea Conference

10 July 2017 - Published by Jens Uvijn
In 2017 the North Sea Programme celebrates the 20 year anniversary of its annual conference. This year’s location was the German city of Göttingen. Over 300 attendants took part in the festivities and seized the opportunity to network and gather ideas for new projects. As an approved North Sea Region project, TOPSOIL was present to share knowledge with and acquire information from related North Sea Region projects. 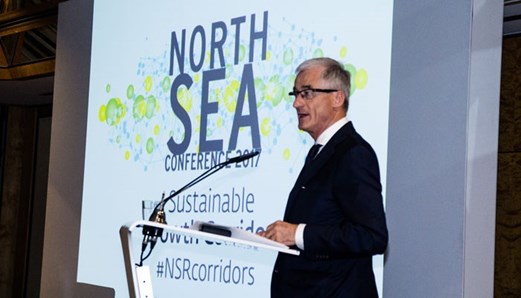 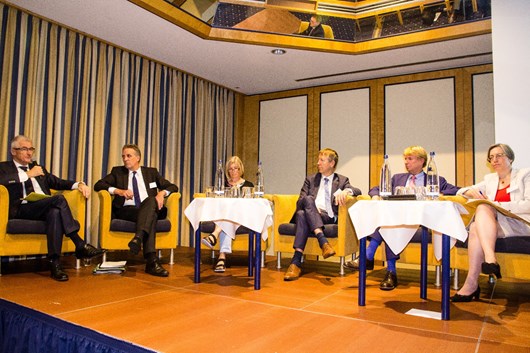 In this spirit of cooperation the TOPSOIL project took part in one of the conference’s 37 workshops, divided among the four priorities of the programme (Thinking growth, eco-innovation, a sustainable North Sea Region and Green transport and mobility).

Together with other North Sea Region climate resilience projects BEGIN, FAIR, Building With Nature and FRAMES, the TOPSOIL project shared experience and explored possibilities of creating synergies in the future. Attendants to the workshop were also invited to share their vision on the projects and on future cooperations between them. Off course this initiative doesn’t limit itself to the five projects mentioned above. Other relevant projects, now and in the near future, are also invited to contribute to a joint solution to tackling the negative outcomes of climate change. 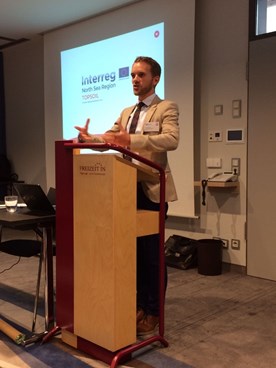 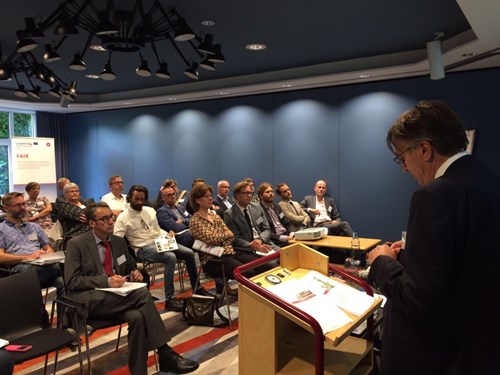