Climate Scenarios – how do we choose?

While an article on the Climate Scenarios Workshop was published here earlier, the minutes of that workshop - held in Bremen last February - are now available.

One of the main topics in the Topsoil project is the adaptation to the effects of climate change. But which scenario should be used when developing policies? During a workshop in Bremen, Topsoil partners presented the different scenarios being used in the pilot areas and in-depth discussions followed. While all countries use the IPCC scenarios as a starting point, it became evident that the approach differs per pilot. A scenario is chosen depending on the goal of the project. Sometimes this is more extreme – the ‘worst case scenario ‘ – to emphasise asense of urgency and convince politicians to act.

Sometimes a scenario is chosen to fit regional goals, sometimes because it is common practice. The timescale and costs of potential solutions are important factors. During the workshop a matrix was made to visualize the reasoning behind the choices made, showing the involved stakeholders and the management options per pilot. The result is a useful overview of the different options. 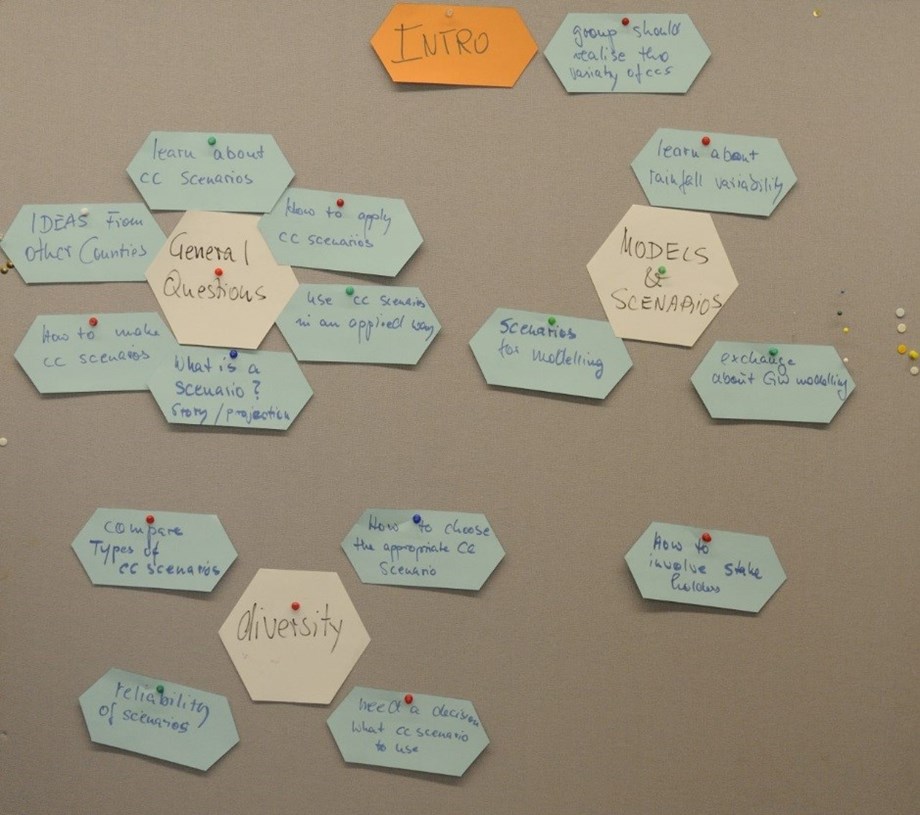