The Good Goods concept has been developed by the municipality of Borås within the Surflogh project. The service was launched in December 2019, and is a zero emission distribution service aimed at parcel deliveries and pickups within the Borås city area. This service operated by a local haulier (Stures åkeri).

A small consolidation terminal is being established just next to the city centre, and an electric distribution van (Volkswagen Crafter) has been aquired for the transports. Initially, the service will handle goods from DHL  and other volumes will be added continuously, using the consolidation terminal.

The use of an electric distribution van in itself means a reduction of about 5 tonnes of CO2 annually, or 99% for the deliveries handled within the service (considering WTW perspective for the electricity used, versus conventional diesel). Based on a traffic measurement- and feasibility study performed earlier in the project, consolidation of deliveries to Borås city has the potential to reduce the distribution traffic in the area by more than half. 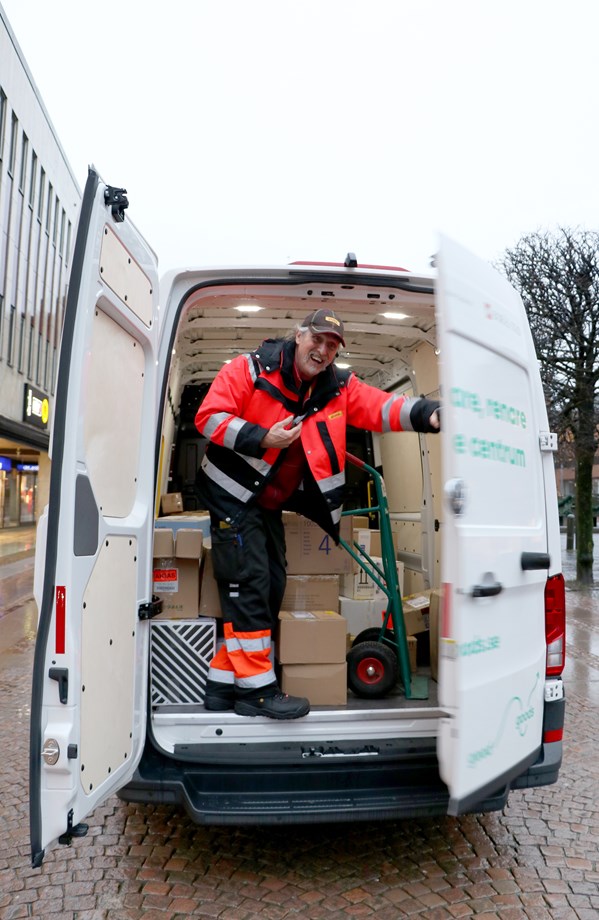