What a great Start!

21 November 2018 - Published by Deirdre Buist
On 1st of November the Start Conference of the Interreg Surflogh project in Groningen brought together representatives of major international organizations and city architects, stakeholders from the transport and retail sectors, urban developers, universities and government authorities. All joined forces to share experience and new ideas on much needed smart and sustainable solutions for last mile delivery in cities.

As a result of increased online consumerism, with a 24-hour delivery promise, our cities are becoming more and more congested. This is creating multiple, negative impacts on the livability of our cities.

Whose problem is this and how can we take steps to solve some of the complex issues involved in current developments regarding freight and logistics? As an international collaboration, Surflogh aims to green ‘last mile’ delivery, developing cargo hubs that are really ‘smart’, efficient and sustainable. During the project’s start conference we gathered, shared and exchanged information from different perspectives, backgrounds and nationalities on the future of sustainable city logistics. Four C’s of urban logistics challenges formed the focus points during the discussions: the city, the corporates, the consumers and the citizens. 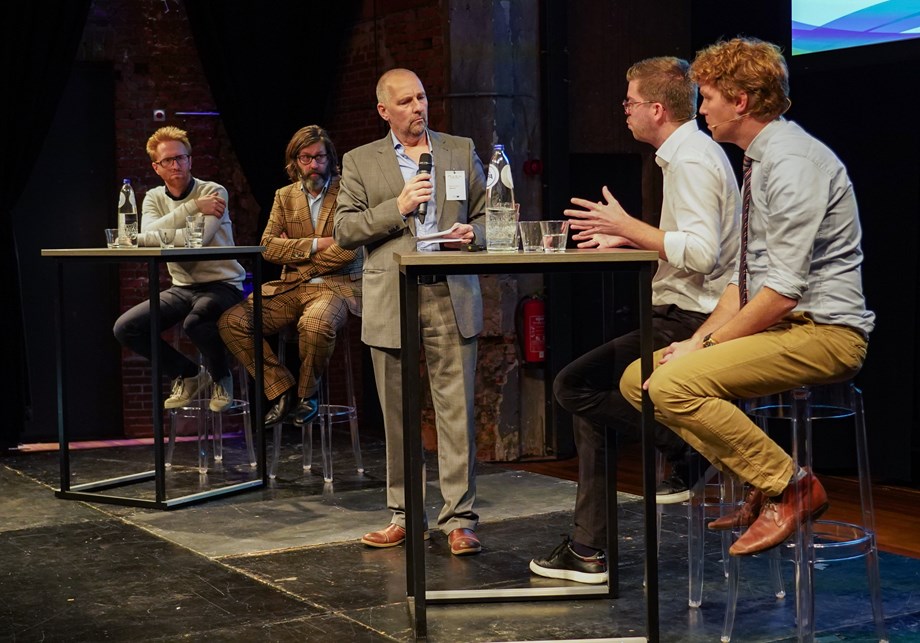 Rogier Havelaar brought the audience back to 1874, when cities first started to break down their protective walls to accommodate expansion. However, we are still dealing with the historic centres that have since survived. At the same time, Patrick Leysen sketched the future in which deliveries are made to people’s geolocations, rather than rigid addresses.

Retailers are adapting to consumer behavior by keeping lower stocks in their shops and offering omnichannel possibilities. The cities’ logistics systems have to cope with other types of movements, for instance vans that do home deliveries instead of consumers driving to their supermarkets. This creates several challenges and, according to Peter Vanden Abeele, this urges actors to ‘reconnect producers with consumers’. His colleague city architect from Groningen, Jeroen de Willigen, questioned whether we should take retail, and thelogistics involved, out of historic city centres. The talk show kick-started deeper discussions amongst the participants during the workshops that followed. 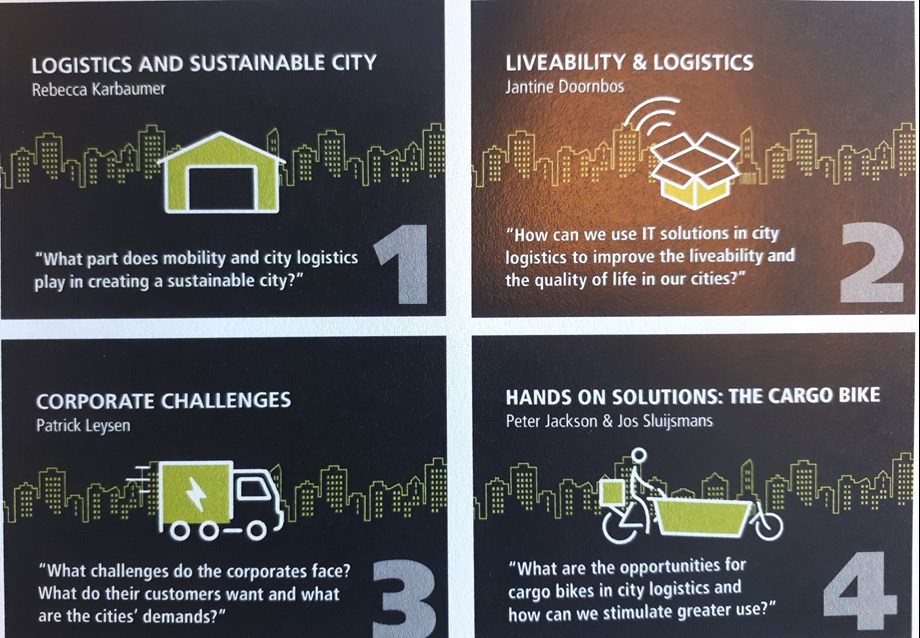 The audience then actively contributed to the discussions on future city logistic topics in the workshops held during the second part of the afternoon.

Rebecca Karbaumer from the City of Bremen led the workshop titled ‘Logistics and the Sustainable City’. By taking a look at their cities, the participants soon realized that all the Cs mentioned earlier are working to achieve the same goal of a livable city. but often with a different approach.

The ‘Livability & Logistics’ workshop was hosted by Jantine Doornbos, founder and CEO of the Groningen based company FoodDrop which delivers food by bike from more than 80 restaurants.   One idea that came out of this workshop and the Surflogh Hackathon held the same day, was to use existing mobility systems - such as public transport - as part of the logistics supply chain. According to Jantine 40% of the current freight volume in cities can already be delivered by cargo bikes.

Patrick Leysen guided  the third workshop - ‘Corporate Challenges’.  He took the participants on a journey through the emotions of fear, frustration and boredom and asked  the group what logistics means to them and what  can be learned from disruptive industries. The last workshop,  dually hosted by Peter Jackson (Active Travel Officer of the South East of Scotland Transport Partnership) and Jos Sluijsmans (Director of the International Cargo Bike Festival), offered some hands-on solutions in city logistics, including the implementation of cargo-bike deliveries. To decrease the chances of cargo-vehicle congestion in cities, one group idea was to divide cities into ‘delivery quarters’ and tender these areas.

All together it was an inspiring afternoon with more than 100 attendees from different countries. The interactive sessions and input from diverse perspectives made this Surflogh conference a succes. Now all the project partners are busy developing and implementing their pilots.