28 July 2022 - Published by Deirdre Buist
The Interreg NSR project SURFLOGH has facilitated multiple pilots in a quest to find solutions for green freight logistics. Within the context of ‘Research in Action’, a number of these potential solutions were also examined by our knowledge partner at Napier University in Scotland to investigate their long-term business viability. The case study for an urban consolidation centre at Eelde, in the northern Netherlands, has recently been published and provides some valuable insights in that respect.

The case study, written by Dr Jonathan Cowie and co-authored by Keith Fisken (SEStran) and Rolf Meerbach (the Province of Drenthe),  investigates the establishment and subsequent development of an urban consolidation centre (UCC) at Eelde. This project was instigated by the Province of Drenthe in partnership with the Royal Flora Holland (Eelde),who own a major distribution centre in the form of a flower auction at the location.

As the first operational SURFLOGH pilot, the  ‘Goederenhub Groningen-Eelde’ (freighthub) started in 2017 but officially opened in June 2018. The six month trial period  extended until July 2019.The warehousing facility was provided by the Royal FloraHolland (Eelde) at their site next to Groningen Airport. Initially the focus was on last mile deliveries to the city centre of Groningen, but at the time of launch there were hopes to quickly expand to become  a logistics hub for the whole of the Groningen-Assen region.

Drenthe is, relatively speaking, a sparsely populated rural area dotted with a number of municipalities and closely located to the German border  (attracting many Dutch and German multinationals). The hub was considered well located to potentially benefit from the general development of the regional airport and also next to the provincial border of Groningen and Drenthe, 10 kilometres south of the city of Groningen. The hub was just off the A28 highway and next to the main canal artery and Groningen Airport Eelde.The location is extremely accessible for larger lorries and trucks,  enabling haulers to avoid the traffic congestion in Groningen's city centre. Cargo would be bundled and consolidated to ensure green and efficient last mile delivery with cleaner forms of transport and a reduction of traffic movements. 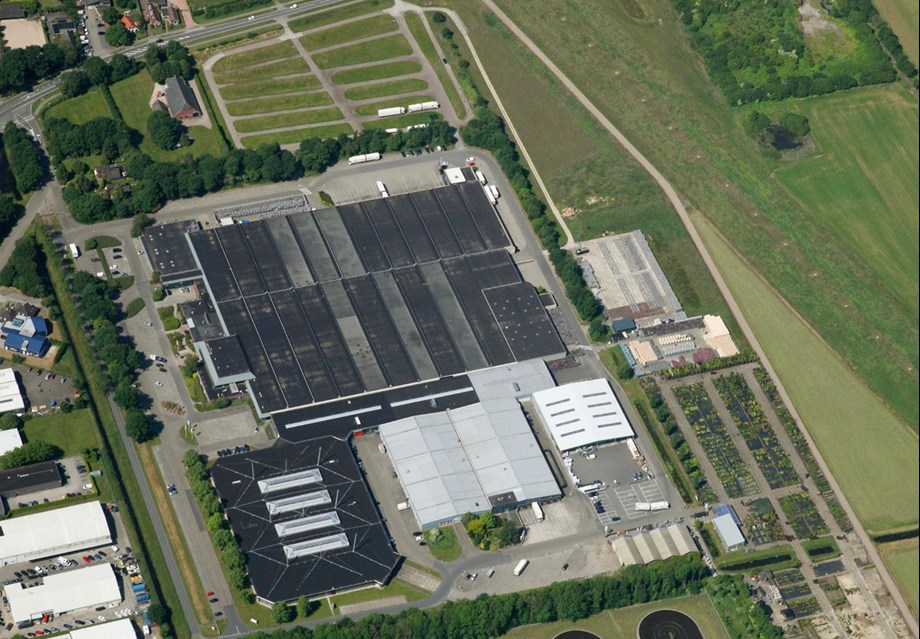 In terms of last mile deliveries, the most significant piece of legislation is the Green deal ZES (‘Zero Emission Stadslogistiek’).This is a national agreement between government, carriers, suppliers and transport organisations, setting a zero emissions target for 40 Dutch cities and due to come into force in 2025. Groningen is one of these cities and as a consequence, the Municipality is working on a policy document containing new transport regulations. This latest policy includes zero emission zones, vehicle access restrictions and time window restrictions.

Currently the main restriction in Groningen is a timeframe – deliveries for the main shopping areas in the inner city centre must take place between  5:00AM –12:00PM. The impact of this and other such measures appears to be very limited in terms of logistics efficiency and costs. However, the (possibly) exclusive use of electrical vehicles in the future is likely to increase operating costs.

Soon after establishing the Groningen-Eelde Freight Hub, it became part of the umbrella organisation ‘Goederenhubs Nederland’ (GN) which aims to develop a countrywide network of logistic hubs in the Netherlands. GN is made up of a group of independent green city hubs that provide freight services in all of the major Dutch cities, enhanced by national cooperation.Through the establishment of strong partnerships and networks with stakeholders, the hub aimed to work towards tangible and innovative solutions for freight flows to the City of Groningen.

Unlike the other case studies developed within the context of the SURFLOGH project, the critical elements behind the operation of the Goederenhub Groningen-Eelde are presented in the Eelde Case Study Report, with both the positives arising from the trial as well as the areas for reflection which emerged during the course of its 15 month lifespan.

During this pilot SUFLOGH  developed a theoretical assessment framework put forward by Kiba-Janaik(2017).  The framework has been developed further during the second stage of the Surflogh project. Details regarding assessment can be found in the case report.

As a consequence of their involvement in SURFLOGH, the Province of Drenthe is now far more actively engaged in freight related initiatives.

Strengthening of collaboration across municipal boundaries

Under the ‘Top Dutch’ flag, Drenthe works with both Groningen and Friesland on regional transport issues.The Eelde pilot has strengthened the connection between Groningen and Drenthe, leading to joint policy development and  further alliances in logistics related areas, such as:

It was only through establishing the pilot that a clear visibility of the challenges that it faced were gained. Areas for reflection include:

-          Successful solutions based on current (not future) problems

The Eelde hub was the first of the SURFLOGH pilots to be set up, and came about as a collaboration between the Royal Dutch Flower Auction, the Province of Drenthe and Groningen City authorities.In some senses it was a reaction to the situation, i.e  the availability of an ideal facility and the anticipation/ preparation for the oncoming 2025 Zero Emission Stadslogistiek (ZES) regulation. It could be argued that the hub was too far ahead of its time.  The results of this pilot would indicate that the existing logistics provisions will continue until clear action is required in response to ZES 2025. It may well be that we then see a UCC established by an existing provider, but that will be an entirely commercial operation.