27 October 2021 - Published by Deirdre Buist
The City of Mechelen has committed, for the next 10 years, to the further implementation and development of smart lockers installed in the Ecozone pilot as part of the SURFLOGH project. This extension will involve placing more small parcel lockers and introducing a larger version.

The  smart lockers have really proven their value in Mechelen. As part of a pilot project launched by Ecozone (a bpost greening concept) and SURFLOGH, the city installed 3 large and 63 smaller package lockers at 47 locations throughout the centre. Mechelen is on a mission to create a more liveable, sustainable and innovative urban environment. By consolidating deliveries this way, less traffic movements result in significantly less CO2 emissions. 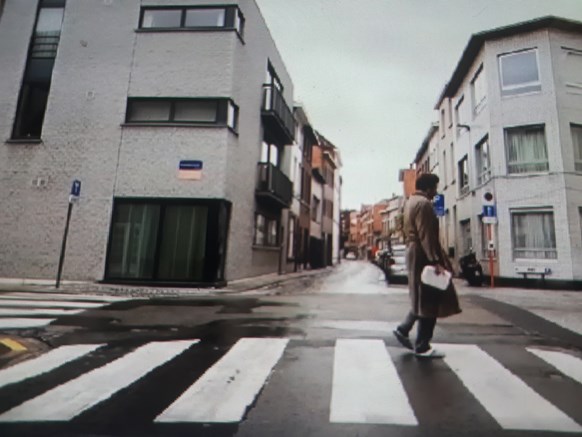 To encourage addressees to pick up their parcels on foot or by bike, a dense network of pick-up points has been created, ensuring optimal service coverage and proximity

The City of Mechelen is seen as a Flemish frontrunner in sustainable city freight distribution, and that’s something to be proud of. “Mechelen wants to realize an efficient urban logistics system for the public and for traders, completely in line with our sustainable mobililty ambitions”, says  Mayor Alexander Vandermissen.

“Sustainable choices don’t have to be complicated”, adds Municipal Board Member Marina de Bie, responsible for Sustainability and Smart City. “With this smart locker system, we can deliver more efficiently and still remain local and accessible for everyone, 24/7. And bpost’s emission-free deliveries make the story complete. Customer-friendly service, effective and yet with less vehicles and lower emissions –that really is a smart solution.”

The successful Ecozone concept, launched in 2020, was an absolute first in Belgium. Parcel delivery and collection services were made available for the public within walking distance. Now that the cooperation with bpost has been extended, the people of Mechelen can continue to bring and collect parcels at their trusted locations and track them using the Mybpost app.

To date, the SURFLOGH and Ecozone pilot results have been extremely positive and the City wants to not just continue this sustainable logistics network but also expand it further to include nearby villages. The upscale has already begun as two small parcel lockers have been placed in Heffen and Leest, and other suitable locations are now being investigated.