04 March 2019 - Published by Deirdre Buist
On the 5th of February Mechelen’s City Hub was the stage for the second Innovation Lab within the Surflogh-project. The consortium were joined by representatives from ODTH, the Flemish Institute for Logistics and Ecokoeriers.

The main topic was the consolidation and optimization of existing city hubs, with an emphasis on the cooperation with bike couriers and stimulating electric transport. SEStran and Groningen were the ideal partners to present their findings, since they started up a bike courier initiative and street hub respectively.

SEStran kicked off with an update on their running pilot. Right now, due to their contract with TNT, they have around 40 deliveries per day. Their fleet is expected to expand to 3 bikes in order to increase that number. This process has encountered some delay though, because they still have to try various bikes and decide which one is best for their purpose.

In Groningen the pilot was organised in a relatively simple way: involved shop owners simply changed their delivery address to a micro hub from where students distributed the packages further  throughout the city centre. This project showed that a certain method could definitely work, but the business case itself wasn’t viable unfortunately. However, the fact that they got a significant amount of shop owners together to work on this was impressive.

The consultants from  the Rebel group, hired by Mechelen to help them in this project, presented an interesting model on supporting entrepreneurs’ business cases for transitioning to sustainable logistics. All the other cities seemed very interested to implement this model in their own context. 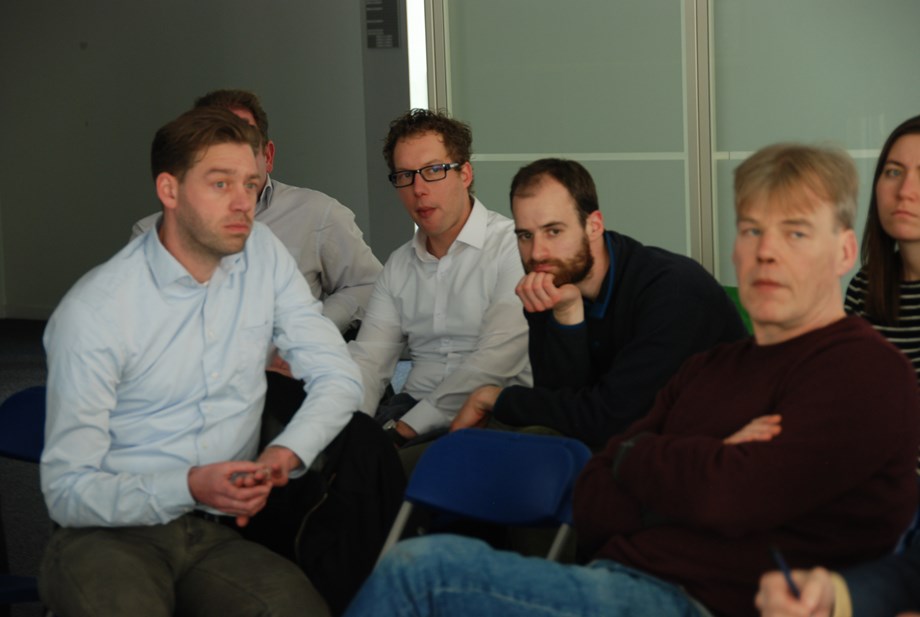 It was interesting to see the various approaches in the different cities. For example, in Groningen all city centre distribution has to be zero emission within a few years, so all companies will have to deal with tighter regulations. Logistic service providers simply have to adapt and are encouraged to come up with their own solutions. Whereas the large companies now work with a number of subcontractors, it seems that this is not going to work for them in the future. An added challenge is to approach the infamous ‘white vans’ and include them in the transition to zero emissions. The key here is to approach shop organizations instead of individual owners.

In Edinburgh there aren’t any restrictions in place yet, although their pilot is doing pretty well. Their business model is going strong, without regulations for motorized delivery vehicles or promotion campaigns for cycle logistics. In Mechelen, where most of the infrastructure is readily available, the search for a balance between a regulatory framework and sustainable business case scenarios still continues.

Borås was keen on Rebel’s model for Mechelen, but emphasized that it might be necessary for the cities to include societal, maintenance costs and added value. Implementation of these outcomes is not self-evident, since the model focuses on individual companies. Information previously gathered by Groningen could also be used to further enrich the model framework.

Sharing insights was very valuable for all participants. There seems to be a lot of individual innovation, but we must avoid re-inventing the wheel and increase the emphasis on transnational cooperation even more. This could not only be of benefit for developing the hardware, but also when designing roadmaps for sustainable business cases and setting up delivery companies.