03 June 2021 - Published by Deirdre Buist
Sweden is advancing in transport electrification and SURFLOGH partner Borås is one of the players involved in accelerating the transition to electric freight transport. In line with our project ambitions, Borås has made a pledge to electrify city logistics.

As Sweden's Minister of Infrastructure Tomas Eneroth held a digital press conference earlier this week about the Electrification Commission's implementation plans, the City of Borås announced that it is one of the 252 players in Sweden officially committing to speeding up the transition to electric freight transport. Others include vehicle manufacturers, hauliers and freight forwarders, ports, innovative industries, electricity network companies and municipalities.

For the City of Borås, it is an obvious move to take the next steps towards electrification as they continue to work on sustainable transport solutions together with their stakeholders. Supported by the SURFLOGH consortium, they focus primarily on both city logistics and regional freight transport. 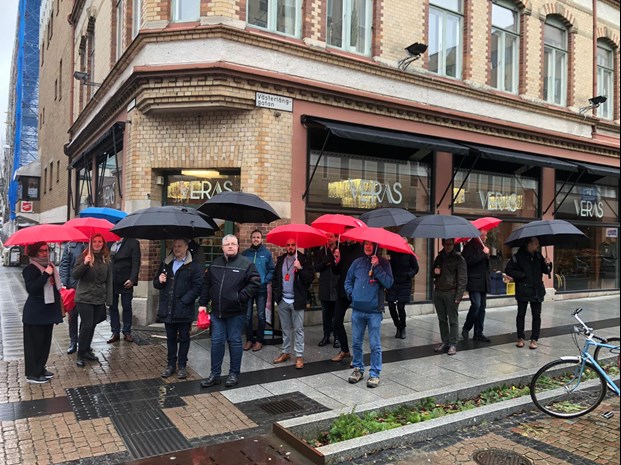 With high ambitions for climate change mitigation, Borås are speeding up the transition. “We hope to see more electric transport vehicles of different types in the city centre and more logistics actors participating with smart green transports solutions,” says Sara Thiel, Business Developer at Borås City. “We also hope to see electric regional transport from Gothenburg to Borås as well as a logistic centre and loading infrastructure with fossil-free distribution. This fits well with the municipal reserves for climate issues and the intentions of the Climate Council.”

Sweden’s national goal is to reduce domestic transport emissions by at least 70% by 2030 compared with 2010, achieving net zero emissions by 2045. The transport sector accounts for about a third of Sweden's greenhouse gas emissions. “Borås is working with many different logistic system projects on a higher strategic level - SURFLOGH plays a prominent role. Autofreight is another inititative that focusses on regional High Capacity Transports. These projects have given Borås an established knowledge, expansive networks and an excellent overview of goods flows. This all facilitates the acceleration of electrification,” Sara continues.

We’ll keep you in the loop regarding further ‘electrifying’ news from our partners in Borås!