04 November 2021 - Published by Deirdre Buist
These days the world comes together in Glasgow to tackle Climate Change in the COP26 Conference. Of course, national pledges can only be effective when society follows. The Stronghouse project is one of the projects where society and local governments work together on energy renovation to fight climate change. Stronghouse partner ProjectZero from Sonderborg, Denmark is leading the way. Therefore, it’s no surprise that Sonderborgs mayor Erik Lauritzen was invited to present the ProjectZero method during the C40 - COP26 Meeting of Mayors. The C40 is a network of nearly 100 cities collaborating to deliver the urgent action needed to confront the climate crisis.

Sonderborg's mayor presented ProjectZero’s approach and results during the event ‘Why our future depends on action taken today in the world’s cities.’ Other key-note speakers during the event were the mayors of Paris, London, Los Angeles, Bogotá, etc. These cities were exposed to the ProjectZero example and how since 2007, Sonderborg has reduced CO2 emissions by more than 50%. 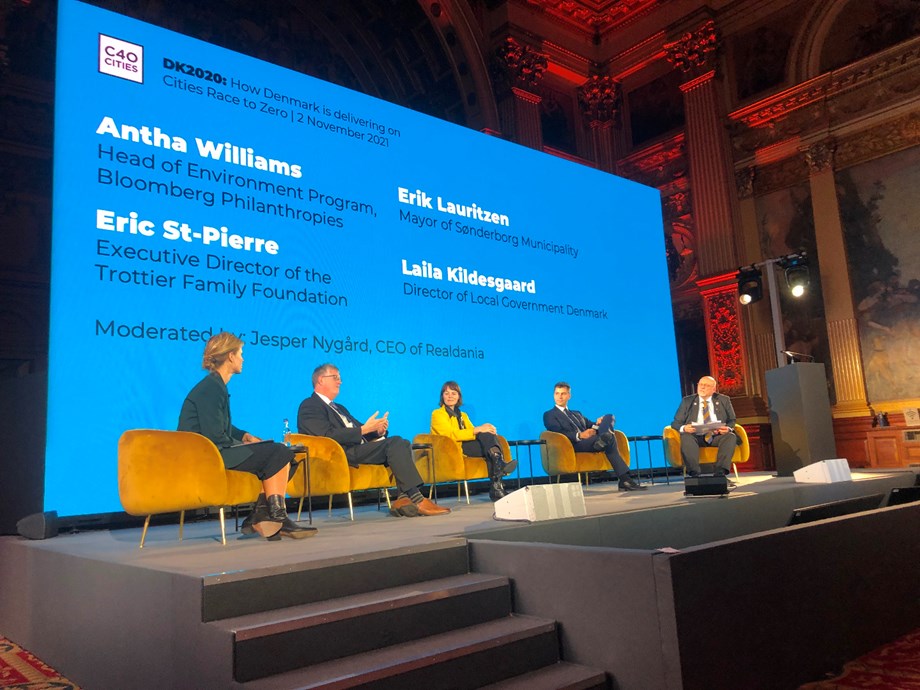 Peter Rathje, CEO, and chairman of ProjectZero, is very proud of “small Sonderborg stepping up on this platorm. All other participating mayors were from much bigger cities.” The attention helps with the next phase: “The second half of the race to zero emissions in 2029 will be the hardest. And here much will depend on citizen engagement and further energy savings.”

Citizens are at the heart

In Sonderborg, homeowners have reduced their energy consumption by 17%. Peter Rathje explains how participation in Stronghouse helps ProjectZero in supporting citizens. “Fine-tuning the messages, improving our understanding of citizens, homeowners. Using the personas tool is just one example of how Stronghouse inspires, but it helps us to create a more robust team with citizens, craftsmen, advisors. Citizens should be at the heart of the race to zero emissions. The Stronghouse toolbox we’re working on does just that.”

Participating in the Stronghouse Interreg project works two ways for ProjectZero. Peter Rathje: “We’re happy to share our lessons learned, best practices, and results obtained. But improving our approaches is even more important. Plus of course, the inspiration from other partners throughout the North Sea Region. With Stronghouse we also have a growing number of municipalities following our example, with the GrønBolig pilot (Denmark) as a spin-off. Stronghouse is a great opportunity for municipalities and their partners to work together.”

Learn more about the C40 COP26 Event: How Denmark is delivering on Cities Race to Zero

Learn more about the ProjectZero Approach from a presentation by Peter Rathje during the Dutch Renovation Wave Event: