Take the bus to the Norwegian mountains

31 May 2022 - Published by Philippe Martens
As part of Stronger Combined Innlandstrafik has been given the opportunity to strengthen their mountain road network and offer public transport in new areas. 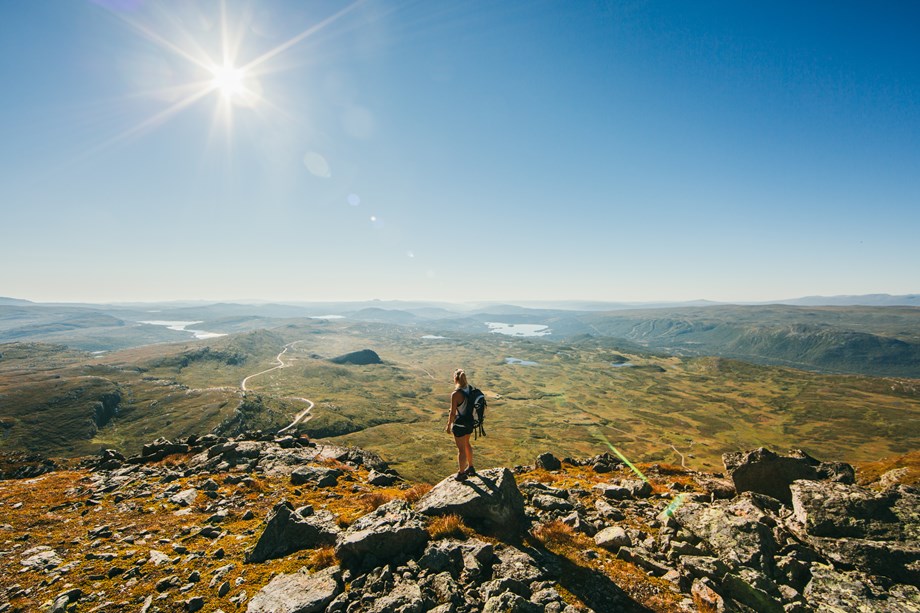 Innlandstrafik launched in 2020 a DRT service for hikers to the Jotunheimen area as part of Stronger Combined.  Since 2020 there have been two seasons of the DRT service to the magnificent Jotunheim area with over 250 mountaintops reaching over 200 meter above sea level, which makes it a very popular destination for hikers.

However, since the DRT-service was launched in the beginning of the pandemic, there haven't been so many tourists visiting Norway as usual, and the recommendation has been to not to travel with public transport – therefore the service has not been as marketed as wanted, which means the service did not get an easy start.

Moving on to the third seasons with lessons learnt from the two last seasons and a third pandemic free season coming up Innlandstrafik has expand the mountain road network with two new booking routes. Tour 2035 between Bjølstadmo and Veodalen, and 3033 between Tyinkrysset and Eidsbugarden.

With the two new routes the whole range of the service gives it a lift and Innlandstrafikk can offer public transport all the way to the starting point of the hike, or out again as well. This gives the travellers the flexibility to hike in the mountains without having to depend on their own car. There is great interest in such transport solutions both nationally and internationally.

The two new tours 2035 and 3033, as well as some marketing materials are part-financed through project funds from Stronger Combined.  Among other things, a new mountain road map has been made which provides a good overview of the combined mobility in the mountains.