Rinteln is on the move, bringing on new ideas

25 October 2021 - Published by Philippe Martens
As a part of the international project Stronger Combined, the City of Rinteln is currently cooperating with students from the Leibniz University of Hanover. Together, they are exploring the idea of implementing an educational and cultural center on Rinteln’s Kollegienplatz, aiming to create an attractive and modern meeting space in the middle of an old town.

The project took place in close cooperation with the Economic Development Agency of the City of Rinteln and the Interreg North Sea Regions funding program Stronger Combined.

The students focused on the possible usage of the former school building and its schoolyard located at Kollegienplatz. In June and July, they conducted interviews with potential users. These included the Academia Rinteln, the district youth music school, the city library, the multi-generation house, the city youth care, and the Museum Eulenburg. They were invited by the City of Rinteln to a workshop which was aimed to generate ideas for the monument protected building and its schoolyard.

Three thematic focal points or fields of action are needed for the conversion project to succeed:

The presented recommendations for action are a motivation for the administration and political committees in Rinteln to further explore the possibilities of the educational and cultural center as well as the future design of the former schoolyard and square of Kollegienplatz. It was emphasized by the students "that the design of the former schoolyard and square is still open for all ideas imaginable as the ideas presented were not part of a concrete implementation concept”. In addition, however, to create an attractive meeting space it is important to include potential users and participants – in concrete associations, residents and citizens of Rinteln across all age groups - in the further process, which originally started with a row of workshops in 2017.

With the possible conversion of the school building, until October used by the IGS school, and its schoolyard into an educational and cultural center, the needs of users in points of mobility and connection aspects at Kollegienplatz will change. Within the framework of Stronger Combined, current and future mobility needs are examined to optimally coordinate existing mobility offers of various partners and providers, such as public transport, to close gaps and to combine and optimize them in a needs-based and sustainable form in the best way possible. 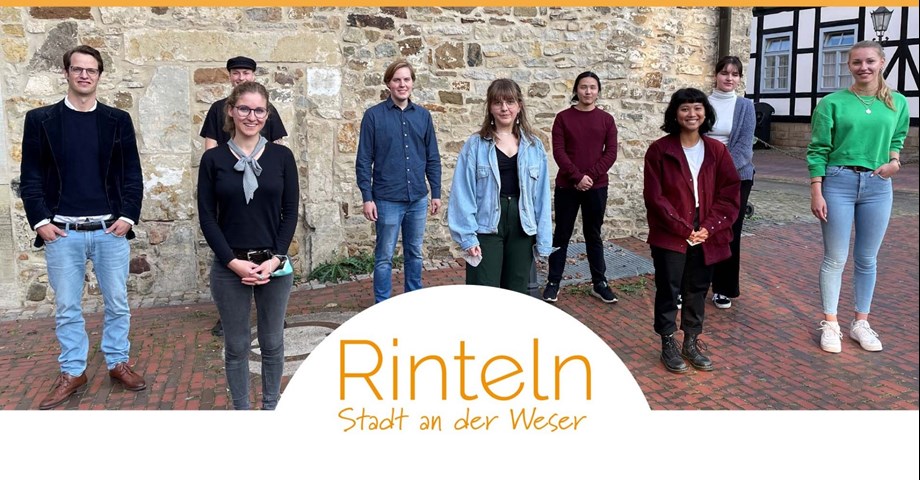