27 September 2021 - Published by Philippe Martens
In Belgium, Genk there are two pilots up and running both contains of bicycles as means of transport. – We believe these two pilots are step-up toward more bike-ownership, and people that have a bike, tend to bike more. Says Marjan Frederix whose working with these projects.

The first pilot to launched was Test Bisiklet in spring of 2020, which is a pilot that goes from neighbourhood to neighbourhood, with the selection of more than twenty bikes. There are cargo bikes, e-bikes, speed bikes and folding bikes which citizens can borrow them for free up to two weeks.

-  This is for us a step towards mobility hubs. 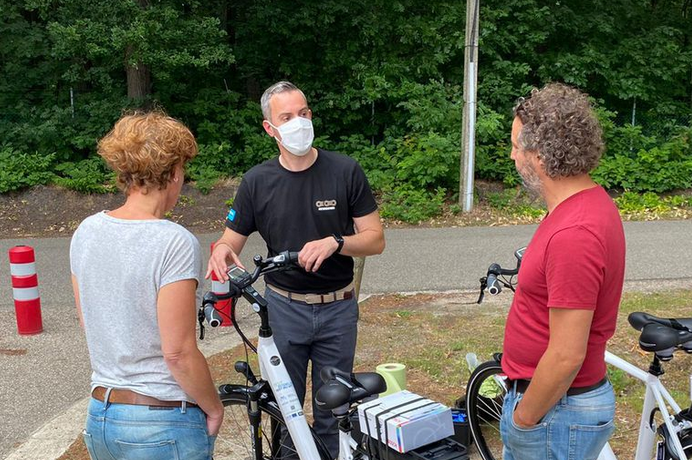 Picture from the release for test bisiklet

The second pilot that was launched in Genk, Limburg is a cycling library for adults that went live this spring. Al citizens can rent a bike, but the idea is that people with reduced mobility can rent them on a monthly basis to get to work in a smoot way, making everyday life easier. A e-bike costs fifteen euro a month and a regular bike costs ten euro, the citizens can rent the bices up to a year, after that its time for another Genk resident to be able to rent the bike.