03 September 2021 - Published by Philippe Martens
The second of September Region Värmland in collaboration with Karlstad Kommun and Arvika Kommun launched a bike sharing system to improve the mobility options in the area.

There are ten bicycles in Karlstad central station and five in Arvika station. The bikes are free to borrow and can be used twenty-four hours before they must be returned to the station again.

The idea was developed through an innovation process where the question “why do travelers from Arvika working in Karlstad, and vice versa, take the car instead of public transport to work, when there are strong connections in both directions?” Was asked. The main answer, it was still far to their destination.

From there the solution of rental bikes developed, where the bikes’ purpose is to completement the public transport and make the entire journey from start to finish smooth. Hopefully this project will make more people choose public transports instead of the car.

The reason why it became bicycles as a means of transport is because it’s an easy way to get around, many are comfortable with it, it is healthy and is an environmentally friendly mode of transport.

The bikes come from Bultenbike, they are made in Italy, and the app used to book the bikes is called Moqo. Already a few days after the launch, we can see that many have downloaded the app and tested the bikes, which feels promising. 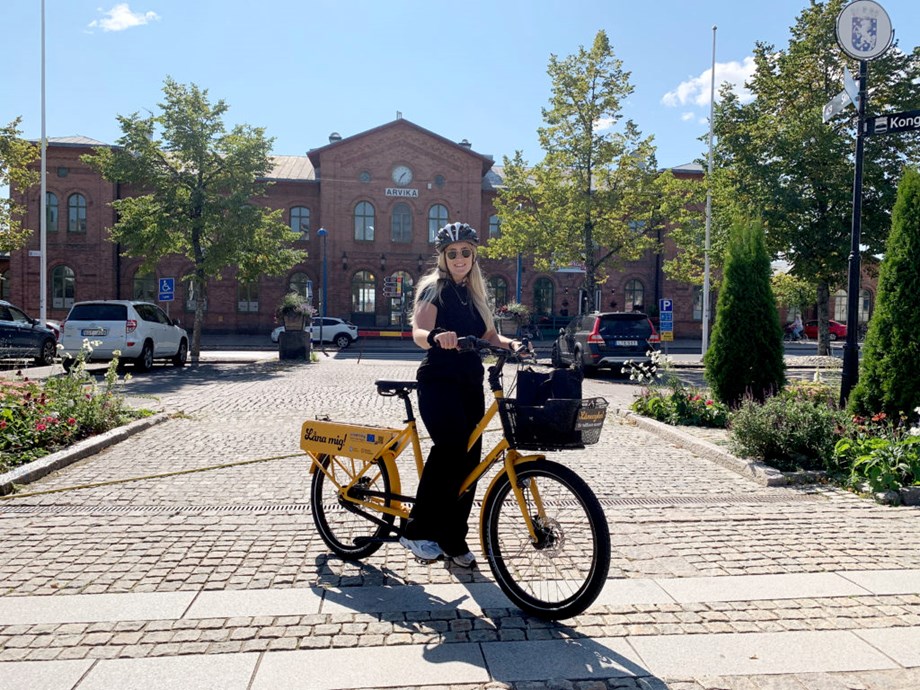