15 December 2021 - Published by Philippe Martens
The bike sharing system in Karlstad and Arvika has been a real successful project. Since the launch in the beginning of September, there has been approximately 1000 loans of the bicycles.

In September Region Värmland, in collaboration with Karlstad Kommun and Arvika kommun, launched a bike sharing system to improve the mobility options in the area. There are many commuters in both Karlstad and Arvika who travel by train and bus to the stations, the problem has however been that when reaching the station they are still far from the final destination.

The bike sharing system has become the solution for many. From the data that has been collected it is possible to see that many use the bicycles from the stations to work, and then back. There has been 1000 loans and 360 registered users in the app where one can book a bike.

Users of the system has said: “I think the bike sharing system is great, I use them frequently to work, it’s great that I can book in advanced so when I arrive at the train station it’s easy to just bike to work.”

This is a real success, since the idea for the bikes is to make the entire journey from start to finish smooth, and that the bicycles are used daily (it can even be a struggle to book a bike since they are used so much) really confirms that the idea was good and needed.

There are ten bicycles in Karlstad central station and five in Arvika station. The bikes are free to borrow and can be used twenty-four hours before they must be returned to the station again.

Since there are winter and icy roads in Sweden the bikes now have been fitted with winter tyres so the bike can be used even in the worst weather.

Region Värmland together with Karlstad Kommun and Arvika kommun will be collecting lessons from the project and do an evaluation. To create a good business model that other interested organizations will be able to take part of.

So, more organisations can offer similar solutions as a complement to public transport. 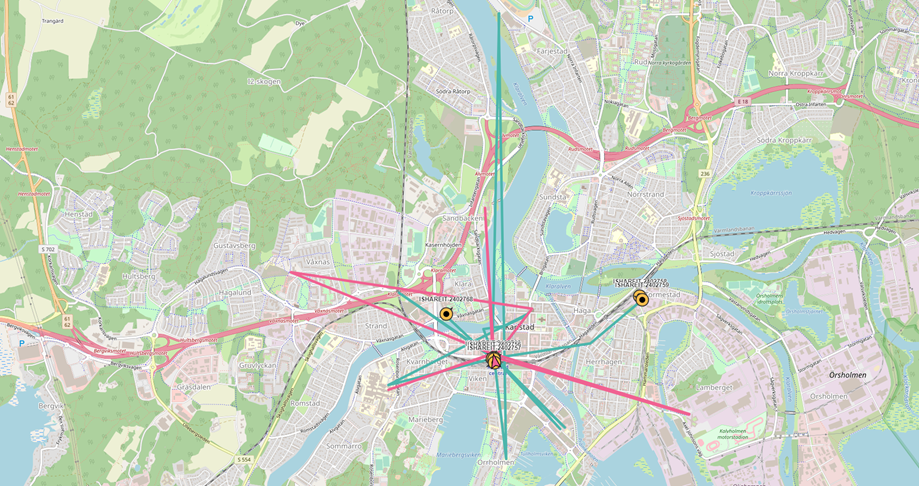