07 May 2022 - Published by Hanne Lakkenborg Kristensen
Last week compost experts from Flanders (Belgium) and the Netherlands visited the compost sites of Stadtreinigung Hamburg in Bützberg and Entsorgüngsbetriebe in Lübeck. Both sites are involved in the Soilcom project and collect biowaste from households (food and garden waste put in a biobin) and process the material, with compost as end product.

There are different techniques for removing the impurities. Sieving, infrared and watering are used to separate and remove plastics and other impurities from the biowaste. Very important at both locations to sieve first, and to shredder in a later stage. This means that a lot of plastic pollution is removed before the input waste stream is processed in smaller pieces. Dr. Anke Boisch, manager of the Bützberg plant, explained that Hamburg is a very green city, which was reflected in the composition (more garden waste than food waste) and the good quality of the collected waste in the biobins.

The process of fermentation differs between the two locations. In Bützberg, dry fermentation (20% to 30% DM) is conducted using 24 boxes of which 7 are hybrid (can be used for both fermentation and composting). The location in Lübeck uses wet fermentation where waste material is wetted to about 10% DM. An extra advantage of this procedure is that this phase of adding water, leads also to cleaning the starting material. There is a division between light and heavy materials using a centrifuge with sand trap. Light materials like plastics are floating on the water surface and can be separated. Sand particles are removed resulting in a digestate with a high organic matter content. The fermentation lasts 1-2 weeks, followed by 2-3 days of aeration. After this phase three weeks of composting are started.

As starting material for the composting the fermented material and more brown material are combined in the process. In the case of Lübeck 30.000 tons bio waste is combined with 6.000 tons of green waste. For an optimal composting process. In the composting phase the hygienization is carried out by maintaining a minimal temperature of three days at 65˚C. Also Stadtreinigung Hamburg is building up temperature from 55˚C, 60˚C towards 65˚C the last two days. In Germany the  hygienization is described in the legislation and is carried out very precise. Dr. Ing Ina Körner of the Technical University of Hamburg joined the visit of the composting facility in Lübeck together with PhD students. She explained the procedure of Lübeck and concluded that by using the step of fermentation, the end product after composting is in almost all cases mature but they misleadingly name it ‘Frishkompost’.

Both locations have a completely closed and circular system. In Bützberg, the biogas is collected and purified to biomethane, put into the gas supply network, and used for house warming projects. At the Lübeck site, biomethane is directly converted into heat and electricity. The fermentation step has the advantage of energy recuperation before material recycling. 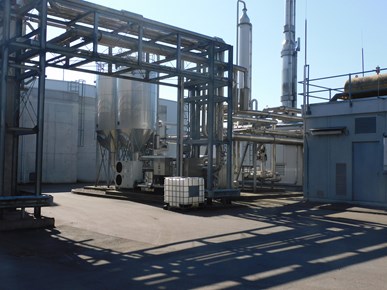 Also in Flanders composting sites with biowaste investigate the potential of pre-fermentation because it leads to both green power and soil improvers. The production and use of the bio-methane is still quite small in Flanders.

At both locations the high quality end product is suitable to use as substrate for plants and as compost for organic farming. By this process of pre-treatment, fermentation, composting and also sieving of the end product, there are almost no impurities. Bützberg delivers the compost to the neighbouring organic farmers. Together with the analyses and documentation for organic farmers to use the compost. After years of compost application, the organic farmers can say that the soil quality improved. Leading for example to increased maize yields which could be visually observed by larger corn cobs. For the citizens they also sell small reusable bags of compost and soil mixed with compost. 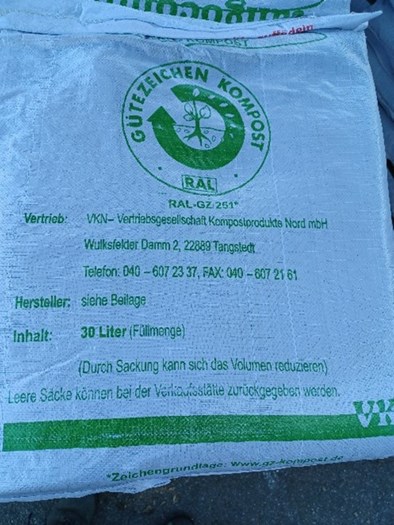