Site visit in Sterrenburgpark, Dordrecht on the 9th of June, 2022

The partners of SCORE were given a tour at the Sterrenburgpark in Dodrecht on the 9th of June in continuation of the final conference, “SCORE: Open Source for Public Services”, held in Amstedam.

Municipality of Dordrecht improved the park last year, resulting in residents from the neighbourhood now visiting the park more often than before. How satisfied are the park's visitors? That can now be measured. The municipality have installed sensors in various places and use those to measure how busy or quiet it is at different times. Additionally, the municipality wants to find out what the residents think of the park. They have developed a questionnaire with QR code for this, and soon those QR codes will be placed on signs in the Sterrenburgpark.

The monitoring campaign in Sterrenburgpark will last for at least three months. Dordrecht Municipality wants to gain more insight into park use and visitor satisfaction through monitoring and use this data to improve the layout and maintenance of the park in the future. 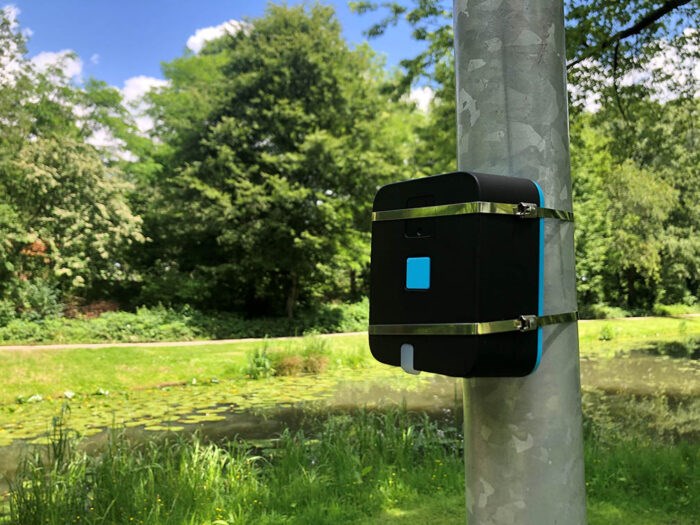