31 October 2019 - Published by SCORE comms
The fourth SCORE partner meeting took place in Bergen, Norway from 22 to 23 October. Rain was part of the programme every day and so was a lot of updates and new possibilities for collaboration.

The SCORE project includes a broad range of cities within the North Sea Region and the fourth partner meeting took place in the northern end of the project’s city range: Bergen - also known as the rainiest city in the world. On the first day all the partners met up in “Inno Lab” that is part of City of Bergen’s building, where the meeting took place.

The first day started off with a partner pitch, where each partner had the chance to update everyone about what they had been doing for the past six months in order to create a common ground and continue the meeting from there. By the end of the day it was time for a partner speed dating session, where all the partners got together and had the chance to talk bilaterally. The partner speed dating session was based on the good results from the partner meeting in Ghent, where it turned out to be a successful way of creating a strong foundation for collaboration and also for creating new ideas.

An outlook to the European landscape

In between the two partner sessions on the first day, Martin Brynskov from Aarhus University, who is leading WP2 (Communication) and WP6 (Sustain and Scale-up) presented the scale-up declaration that is the outcome of a European movement towards a European way of digital transformation in cities and communities. The scale-up declaration is a joint effort between EUROCITIES, Open & Agile Smart Cities, European Network of Living Labs, Finland’s Presidency of the Council of the European Union and the European Commission. This idea behind the declaration is very much in line with the idea behind SCORE; cities working together on common challenges, and therefore Martin Brynskov suggested all the partners to take part in the scale-up movement. 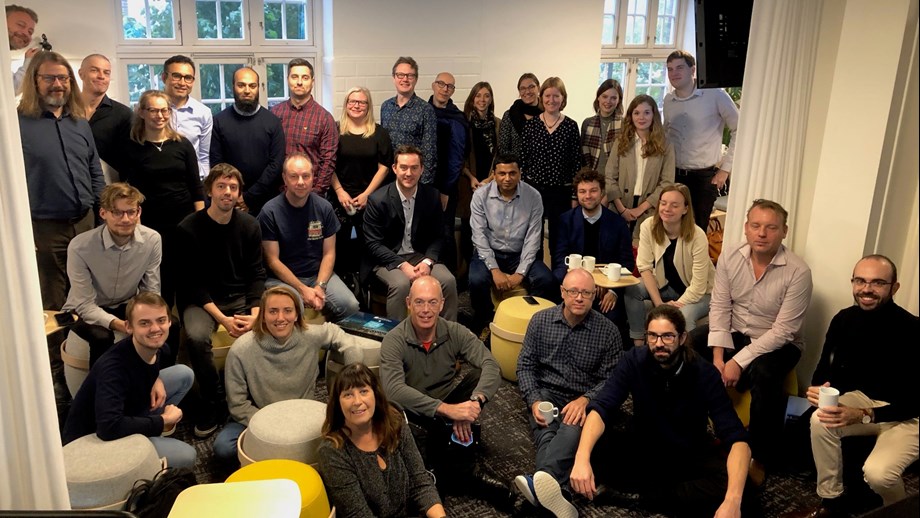 The second day started off with presentations from Evdoxia Kouraki from Johanneberg Science Park who is leading WP5 (Living Labs) inviting some of the already existing SCORE solutions to be tested in the living labs in the partner cities. The living labs were mapped out in a report made by WP5 and published before summer. It was followed by a presentation from Justine Ottevaere from City of Ghent who is leading WP3 (Challenges). Justine gave a status on the work with challenges and introduced the idea of organising a design sprint to involve citizens in mapping the challenges. More information about the design sprint will follow at a later stage.

Afterwards working tables were arranged on the different challenges, solutions and topics. The outcome of all the working tables will be published in the SCORE Community.

Getting to know more about mobility in Bergen

Part of the programme for the second day was a site visit to a mobility hub to showcase how City of Bergen is working on improving mobility by for an example having dedicated parking spots for shared car services with the main purpose of having fewer cars within the city centre by making it easier to find a parking spot, which can be challenging as it is the case in many other cities. A site visit focusing on mobility is also in line with the Mobility Dashboard which is one of the solutions that Bergen is currently working on within the SCORE project and the Dashboard was also presented during a working table afterwards.

New bridges for future co-development and collaboration were built during the partner meeting and these will be further discussed within the coming six months before the next partner meeting takes place in Hamburg.