SCORE is nearing its end, and to impart some of the knowledge gained throughout the project, SCORE held the “SCORE: Open Source for Public Services” conference in collaboration with OASC in Amsterdam on June 8th, 2022. The day was filled with engaging sessions and workshops on the solutions, outcomes and visions the partners had come across during the project.

This conference aimed to bring together the SCORE and OASC communities, as well as any other interested parties, in a hybrid event format in Amsterdam, Netherlands, and online to share knowledge on how to improve efficiency and quality of public service delivery based on smart, open data driven solutions.

Read more about the programme and main takeaways from the partners and guest speakers below, while all the videos can be found here 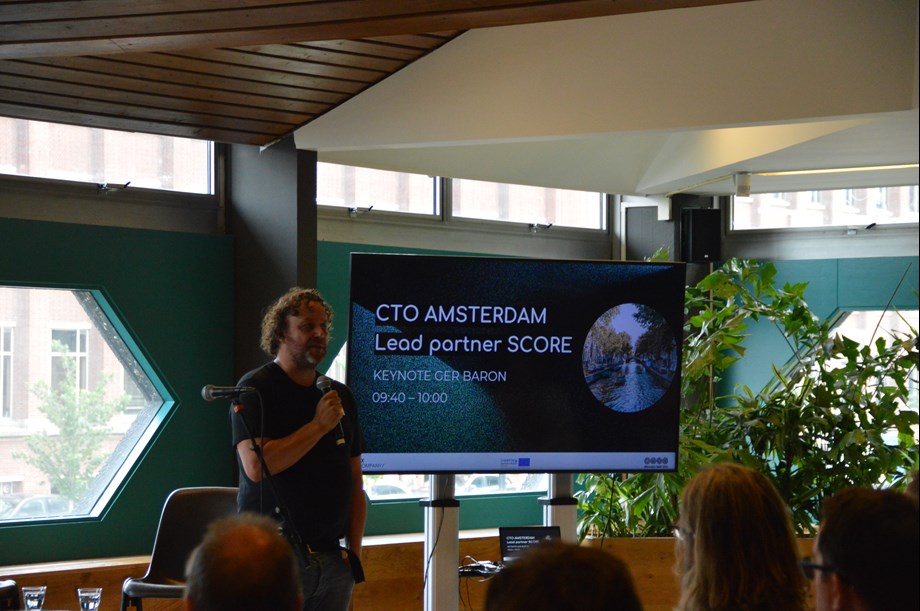 The conference was opened by Juliette Tenárt, the project manager from Bax & Company. She spoke about the beginning of SCORE, how it was first defined and what the goal was and still is. SCORE had three approaches, so-called “pillars of work”. The first was a challenge-driven approach, so at first the challenges had to be defined, and find what challenges the cities had in common and could be solves together. Co-development and replication were the second approach, while the third was the testing and implementation of solutions in living labs. Juliette spoke more about the expected impact, lessons learned and more, which can be found in the video here. 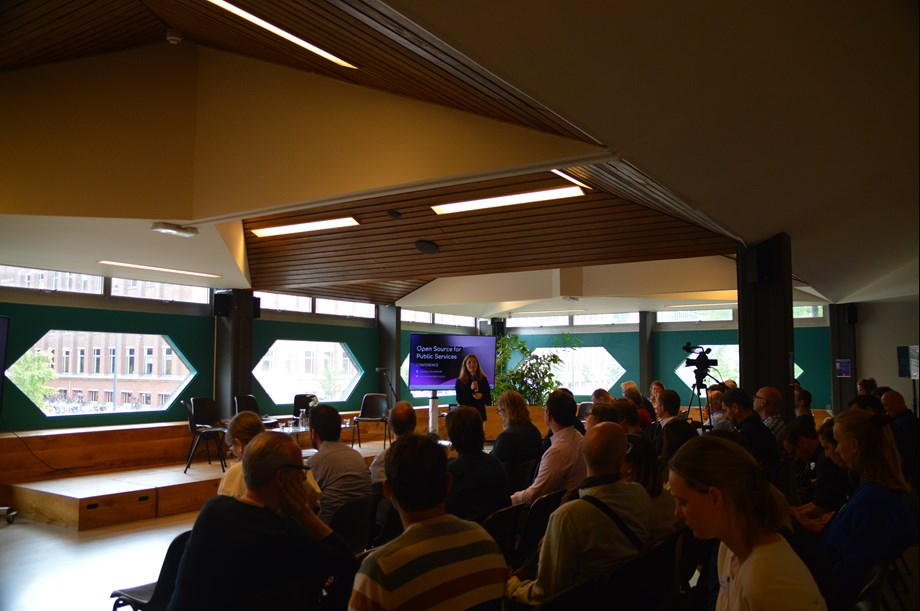 The topic then shifted to the potential of open source for improved public services.

The Potential of Open Source for improved Public Services

After the opening and keynote presentations, the session detailing the potential of open source for improved public services began. It asked the question: How does working open source influence the quality and costs of public service delivery in European cities? Four of the SCORE partners, namely the cities of Bergen, Ghent, Bradford, and Dordrecht, answered this question by sharing their experience of working with a challenge driven approach to develop, test and reuse open source software solutions. The white paper on open source for improved public service delivery was also presented, highlighting the main impact created in the North Sea Region (link). 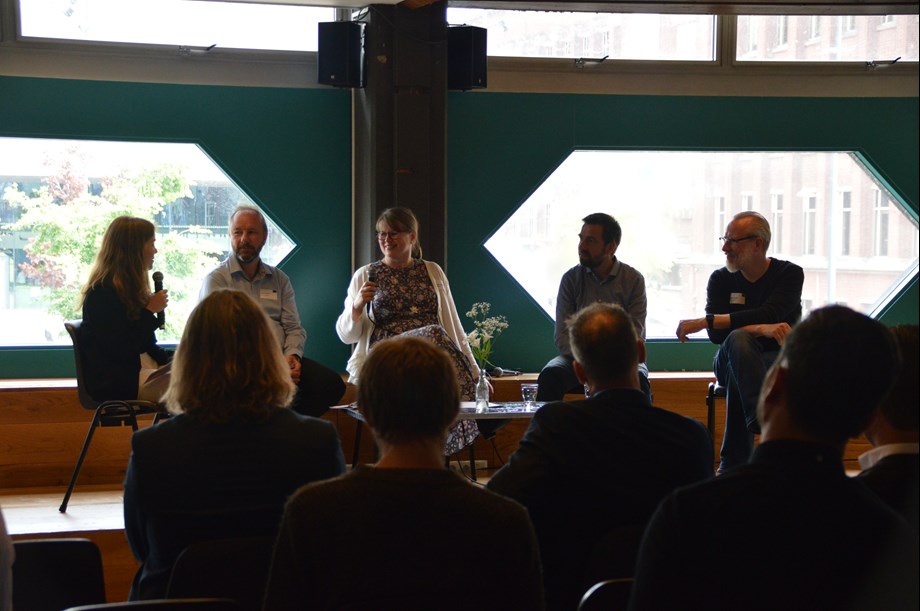 During the ‘Solution Ignite Talks’, 10 cities and universities took the floor to pitch the open source solutions they developed and implemented within their smart cities, with each pitch being a maximum of 2 minutes long. The session aimed to kick off the conversation around potential replication of the solutions by other interested organisations and identify synergies for future development and collaboration. 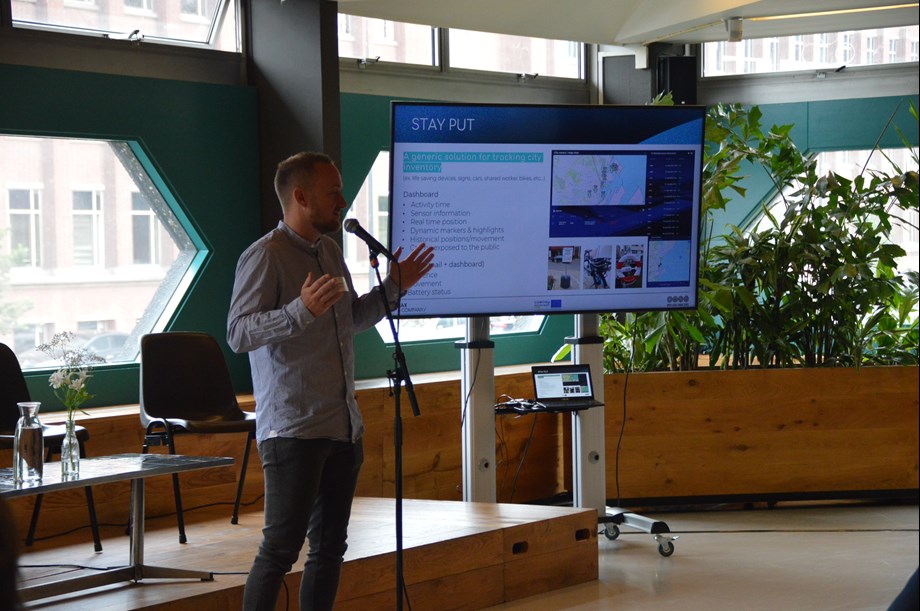 You may find a list of the pitches below:

Find all of the pitches here.

From Chaos to Clarity: Organisational, Technical and Transnational Lessons

After lunch, the session on organizational, technical and transnational lessons began. The session aimed at taking the listeners through the 5-year journey of the different SCORE cities and universities exploring the potential of open source solutions and open data reuse. The main lessons learned at technical level (for example reusing open data, open source maturity level, replicable-by-design), organisational level (for example expertise, development capacity, business cases) and transnational level (co-development, sharing experiences, open attitude) was shared. The main speakers were from the University of Amsterdam, the city of Gothenburg, and Digital Flanders.

You may find the entire session here. 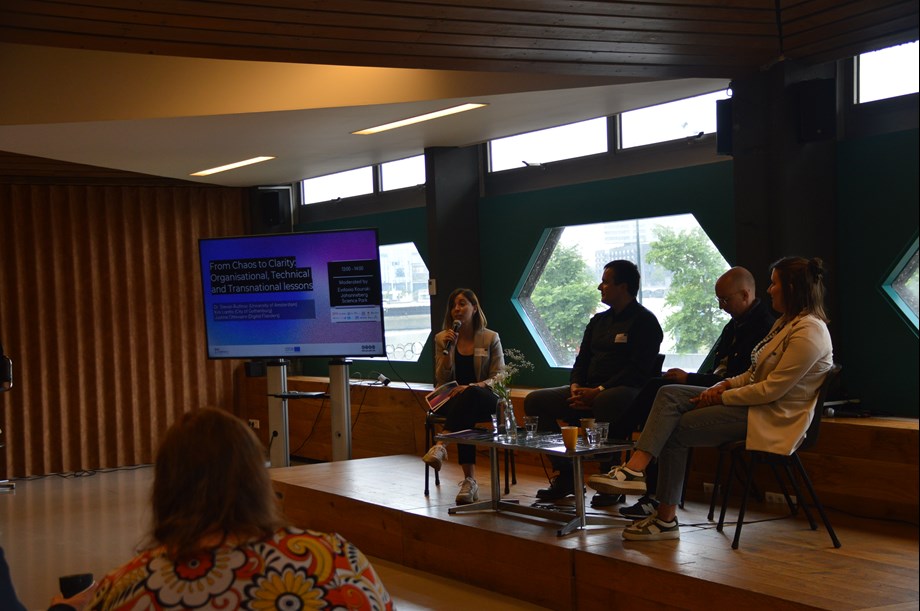 Parallel workshops: The importance of Citizens within Smart Cities

Next up were the parallel workshops, where the audience had the opportunity to join the workshop they found most relevant and/or interesting. This session focused on how cities best can involve citizens in their transition towards a Smart City, what their understanding was and how to get them onboard.

The first parallel workshop dived deeper into “the experience of IoT and AI in increasing transparency”, and was facilitated by Aarhus University with speakers from the city of Hamburg, District09, and the city of Amsterdam. 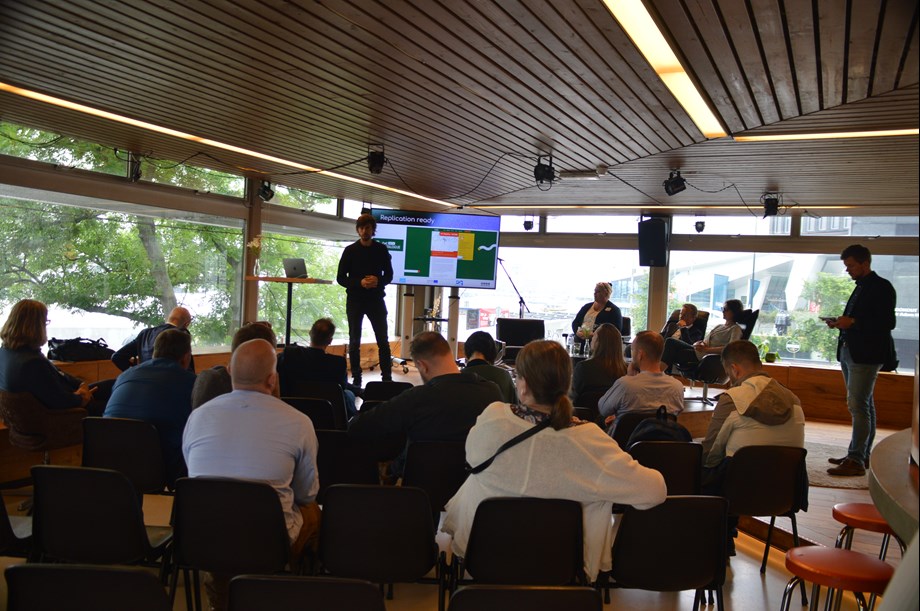 The second parallel workshop looked at “the citizen science approaches adopted for specific use cases such as flood risk and air quality monitoring”, and was facilitated by the City of Bradford with speakers from University of Bradford, City of Aberdeen, City of Dordrecht, Johanneberg Science Park, and University of Amsterdam. 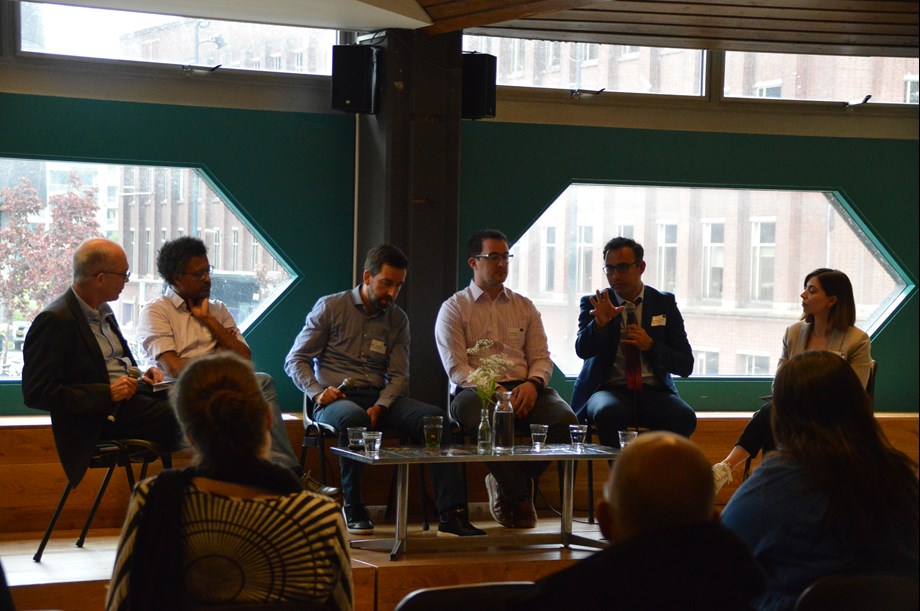 You may find the entire second parallel workshop here, and a summary of the first one here.

The University of Bradford launched the SCAN network, an open-source community of individuals from academia, public services, and practice involved in researching and disseminating information on air quality challenges worldwide. SCAN helps connect researchers from research, policy, industry and the third sector with expertise on outdoor and indoor air quality challenges. Dhaval Takker from the University of Bradford, and Sally Jones from the City of Bradford were the speakers in this session, where they explained the goals of the network, and why one should join it. The first SCAN workshop will be free to attend on November 22nd, and the link can be found on scan-network.com when we’re nearing the date. 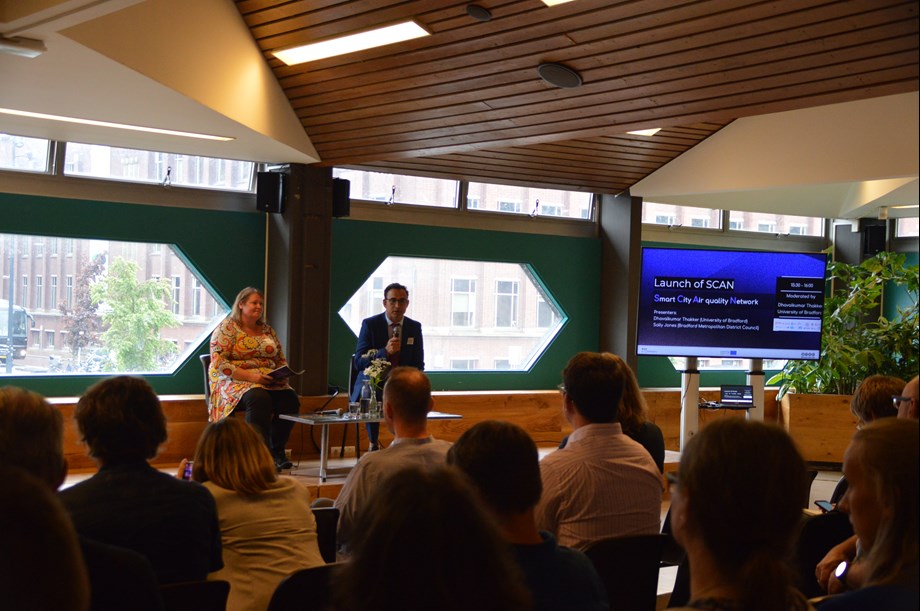 The time in this session was therefore spent on explaining the work done on preparing and launching the network.

Closing: Where do we come from and where are we going?

The last session of the day was the closing session with Martin Brynskov from Aarhus University/OASC and Hein Wils from the City of Amsterdam.

Hein Wils spoke about how the project was a “Brilliant Failure” and how it was turned around and became what it is today. Hein Wils spoke about how in the beginning, they thought they all shared a common language, but every city did its own thing instead as each and everyone had their own goals. This led to chaos, and when they finally figured out how to turn it around, covid-19 hit. Luckily, slowly and steadily, SCORE created an environment in which they found a common language again – and the SCORE partners became like friends. 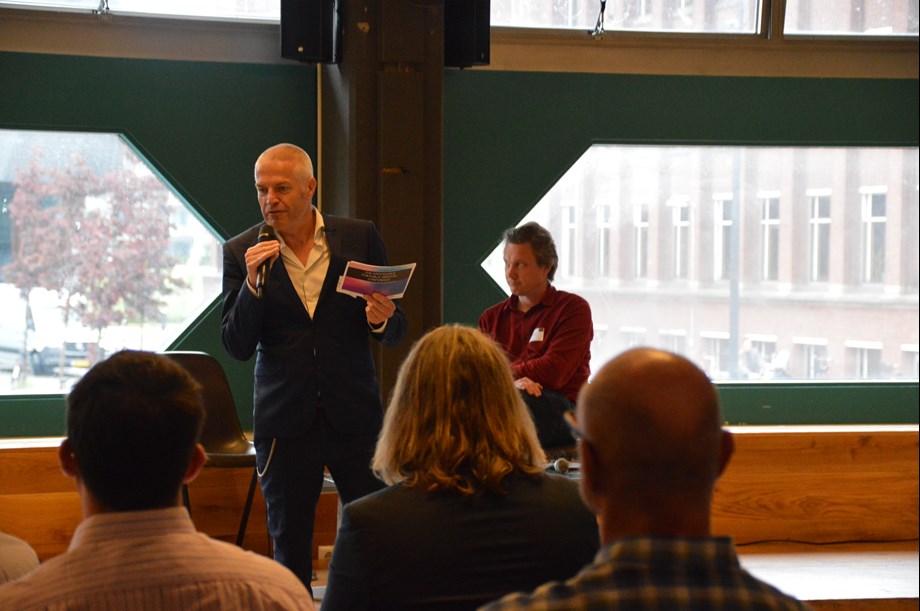 Martin Brynskov spoke about how we in SCORE have learned that “software bites back”, that building blocks being endlessly scaled at real time was not a good development model. This was one of the frictions in the beginning of the project, as finding common ground was very difficult – people didn’t know what the technical baseline was. The barriers that the SCORE partners met are the barriers everyone worldwide meet, and so Martin Brynskov spoke more about what to focus on to overcome these barriers. 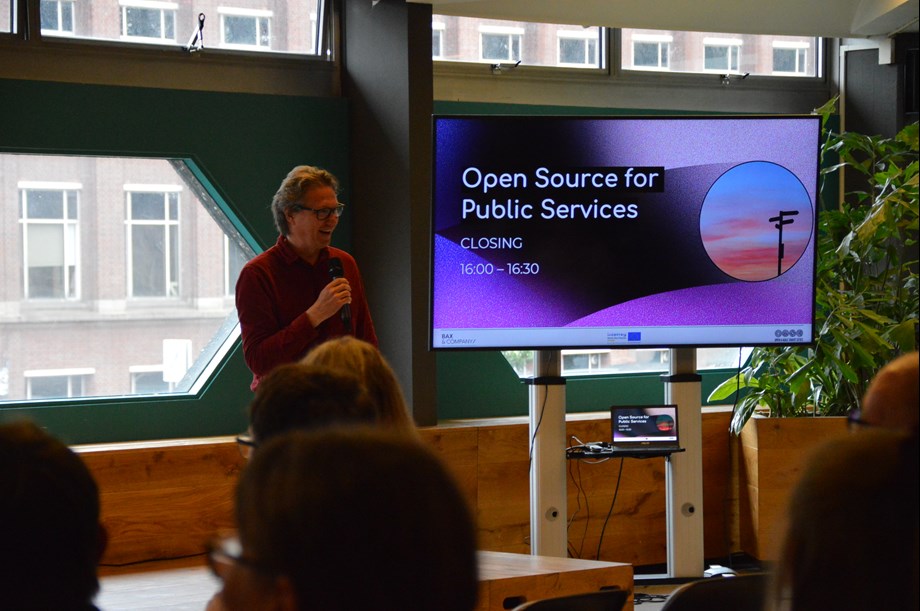 See the entire closing session, and hear all the points made by Hein Wils and Martin Brynskov, here.

The day after the conference, some of the SCORE partners went on a site visit to Strerrenburgpark in Dordrecht. Read more about that here.

The SCORE conference marked the beginning of the end of the project, and we’re now closer than ever to the end date (the end of August 2022). All the project partners are working hard at finishing up the last deliverables, writing the last reports, and prepare for how the learnings of SCORE, the legacy, can keep living on after the project is over.