SCORE at the Smart City Expo World Congress in Barcelona

Smart City Expo World Congress in Barcelona is growing bigger and bigger with 24.000+ visitors this year (2019), and these visitors come from all over the world, which make it a good place to get inspiration, learn and share with other smart city initiatives. The Open & Agile Smart Cities has also extended their booth set-up allowing for more people to drop by for a talk. This year a small stage for presentations was part of the booth as well.

SCORE was part of the OASC booth throughout the duration of the expo, but on Tuesday 19 November SCORE had the chance to do a “take-over” of the OASC booth from 9 to 13, where project partners could present at the small stage and demo some of the solutions. SCORE did four presentations starting off with Aik van Eemeren from the City of Amsterdam who presented the project from a general perspective together with Martin Brynskov from Aarhus University. This was followed by a presentation from Camilla Bolstad from City of Bergen who presented the mobility dashboard that Bergen is working on in the SCORE project. Afterwards Sydney Simpson from Bradford gave a presentation about their work with water management and how it relates to the SCORE project, and finally Justine Ottevaere from the City of Ghent gave a presentation with specific examples of the solutions that they are working on in Ghent.

After the presentations Justine Ottevaere from City of Ghent demoed some of the smart city solutions that Ghent is involved in, which gave the participants the opportunity to learn more and ask questions.

Engaging with the Broader Community

In 2019 Open & Agile Smart Cities, EUROCITIES, European Network of Living Labs, European Commission, European Committee of the Regions, Finland’s Presidency of the Council of the European Union drafted a scale-up declaration constructing “The European way of digital transformation in cities and communities,” working on aligning European forces working with smart cities and communities. The pre-launch of the declaration was a reception hosted by OASC during the Smart City Expo World Congress in Barcelona, where a lot of different stakeholders came together. This was a good opportunity for the SCORE project to engage with the scale-up movement with whom they share the vision of developing digital solutions for cities and communities transnationally. 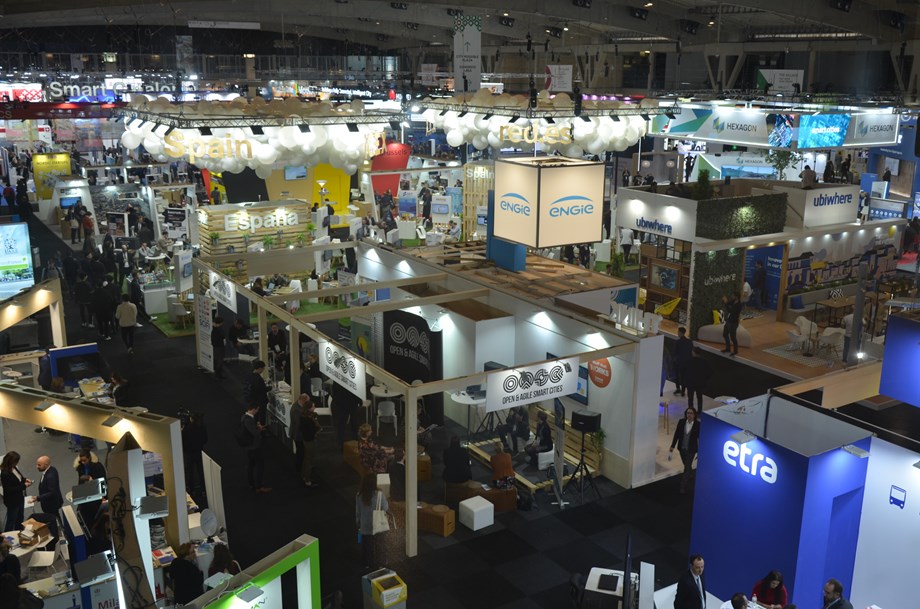 In this article published by the OASC you can read about the three key takeaways from this year’s conference.