With inspiration from SynchroniCity, a European IoT Large-Scale Pilot Project coordinated by Martin Brynskov at Aarhus University, who is also leading two workpackages in SCORE, the theme for this year's edition of the Connected Smart Cities & Communities Conference (CSCC20) was "Scale With Us", focusing on moving digital solutions from the pilot stage and scaling them up. This is very much in line with the work we are doing in SCORE and also with the scale-up declaration for Europe "Join, Boost, Sustain". CSCC20 gathered on 23 January the community, from cities to businesses and research, who came together to pave the road for a sustainable scale-up of urban digital solutions and to prepare for impact. 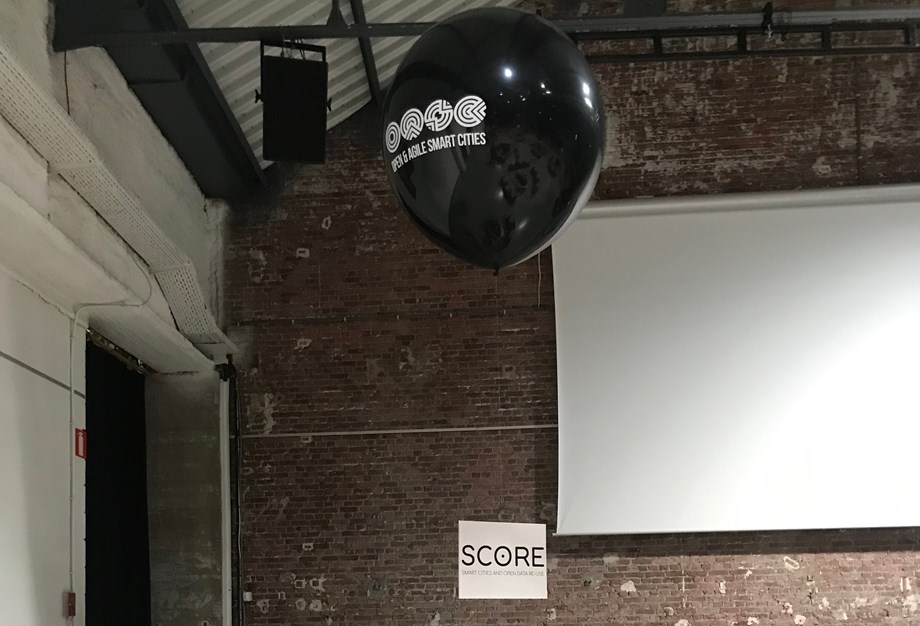 SCORE had a stand in the exhibition area that featured a grand alura concept this year, where we showcased some of the work that has been done so far in the project. Several project partners from SCORE were present during the conference and Bart Rosseau from City of Ghent and Tamas Erkelens from City of Amsterdam were both speaking in the session "Fair Artificial Intelligence". CSCC20 was a good platform to expand SCORE’s activities into the greater network and the key message from CSCC20 was clear: It is time to work together to achieve a better quality of life for citizens in our cities & communities around the world.

As the Chair of OASC, Martin Brynskov gave the opening speech, where he invited everyone to scale with the Open & Agile Smart Cities network prior to passing on the word to Khalil Rouhana, Deputy Director-General for Communications Networks, Content and Technology, European Commission. He said with regards to the on-going digital transformation: "The main work will be done by cities & communities as well as companies".

Anna Lisa Boni, Secretary-General of EUROCITIES and Minna Arve, the Mayor of Turku, Finland were also part of the plenary session that was the starting point before the conference split into four tracks focusing on People, Green, Tech and Economy.

See all the highlights and the presentations from the conference here.