18 December 2020 - Published by SCORE comms
At "Öppna Data Forum - Smart besöksnäring: Medskapande av ett smart turistmål", a breakfast workshop organised by Johanneberg Science Park and City of Gothenburg in December 2020, the City of Ghent presented one of the SCORE solutions: the QR code toolkit. This article is an introduction to the way Ghent has been setting up this solution, in particular we explain some of the applied development methods as put into practice and as inspired by the SCORE Replication Guide for Open Source Solutions.

Have you noticed how more QR codes emerged in your city lately, in daily life and in public places? As citizens we are moving beyond using a QR code merely to find information or watch a video. We increasingly use it to perform all kinds of simple and low level digital (trans)actions: pay each other a small amount, submit a form on the go, submit an order (and pay it while we're at it), … Currently, we even find ourselves in a "no touch economy" where we can say that the QR code undergoes a true revival, as an alternative for risky things like filling out paper logs or public space "touch" interfaces. In this article you will find out how from this basic technologic idea, a new digitization project was set up in SCORE. The name of the Ghent based project: 'RADAR' QR codes for assets-resources-persons-signalisation.

How can we as cities take this step further with versatile QR codes? Which role can QR codes play to:

With these initial questions as a starting point, the team in Ghent developed a flexible prototype, and went on to demonstrate their first concept with multiple city units. The first iteration of the QR Code Toolkit could be tested. By means of experiment and in a hands-on way, the first QR codes were unleashed on several existing digitization challenges, with multiple interested city units involved from the start. 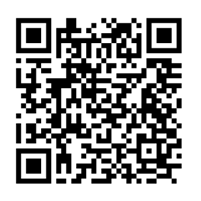 Multifunctional QR codes such as the one above can be set up quickly thanks to the project. In the long term, the project wants to link their system of 'official' city QR codes (qr.stad.gent) to a growing number of existing city data and -systems.

At our Roads, Bridges & Waterways unit, the initiative grew further into a first larger application for QR codes. At this unit, QR codes seem a perfect tool to collect data easily and mobile. The data the maintenance unit wants to collect is about the use of materials and assets in the maintenance service, but also about the deployment of service personnel and the precise location of each unique piece of mobile signalisation equipment (trestles, parking signs, …).

While the mobile application development is specifically done for this unit, the QR code part will build upon the basic principles set out in the toolkit. Exactly the same type of "Ghent QR codes" will be used as they are used in any other of the use cases we work on in SCORE. And the software components for the QR codes will be easily reusable for other departments of the city.

Bruno Daelemans, Inge Verdonck and Peter Bogaert are employees at the maintenance unit and have been working with us on the project. They explain more about the approach:

“QR codes function as a simple gate to the data behind our assets and where, when and how these assets are used.”

“QR codes will save us lots of paper and time. We'll be able to collect data about usage of assets in a digital way. And track down our orphan trestles.”

“Thanks to high quality data collected like this, we can drive our policies and operations in the right direction with data.”

Same as any running digitisation project, this initiative yields a lot of practical experience about how District09 and City of Ghent will evolve to even more collaborative, innovative and agile ways of developing technical solutions in the future. The project gains attention for a number of reasons:

Justine Ottevaere, Data & Information unit, explains: “It is very satisfying to see that open source and reusability principles being developed and propagated at European level are now also being translated in Ghent. We are pleased to see that reusable tools can be given a permanent place in the organization. Providing tools that are widely applicable and that can help the different units with their specific tasks, that's the purpose of our involvement in a European project like this.”

Tim Van Achte, Foresight by District09, elaborates: “QR codes have proven to be very rewarding, they lend themselves well to broad, multi-purpose applications such as these. It makes me curious which other technologies we can unleash to the major challenges of the city in the future through such innovation processes, extensive user research and hands-on prototypes.”

Jef Willems, Foresight by District09: “This is a very simple application that nevertheless enables a lot of possibilities. You can generate QR codes and make them link through to one or multiple destinations (links) or embed them in virtually any existing application. We avoid to develop functionality that is too specific to the context of one particular IT system. This ensures a real generic piece of software. Which in the end allows other cities to easily reuse and reimplement this as a toolkit.”

Koen Mestdag, ServiceFactory District09: “The mission of the ServiceFactory is to open up functionalities for reuse. We do this through the use of microservice technology. The QR code service is a good example where we use existing open source tools to create components that are reusable and can be plugged into other applications easily.”

Versatility is built in mainly by actively working with a number of interested units. Their needs differ, which forms a good test for the reusability of the built solution.

“We were looking for a method to continuously inquire visitors to our city. Offering QR codes and an online questionnaire at various locations in the city offers an excellent solution: it is both not time-consuming and inexpensive. But then those QR codes are preferably dynamic, so that you can make adjustments at any time, even after the QR codes have been in circulation. Thanks to the collaboration with the SCORE team, we can finally roll this out.”

“I was looking for non-static QR codes for a pilot project. With simple QR code solutions, we quickly ran into the limitations of static, classic QR codes. Everything may look different tomorrow and you want to be able to anticipate that. This is a great first step.”