What do the consumers say about salt tolerant potatoes and ice plant?

16 March 2020 - Published by Dorte Storper
This is a question which the Danish SalFar partners Taste of Denmark and VIFU wanted to shed light on after harvesting the first batch of crops from the test site on Sejerø.

Last summer several tasting events were arranged on Sejerø in Denmark to learn more about the consumers’ perception of salt tolerant potatoes and ice plant.

In August, a tasting event with 25 participants was arranged in collaboration with Øernes Højskole Sejerø, which is a teaching institution that focuses entrepreneurship, innovation and collaboration for sustainable business development on islands and in peripheral areas.

During the event two variants of potatoes, a conventional one (Bintje) and one, which is considered salt tolerant (Metro), were cooked under identical conditions and served to the participants. The participants were asked to identify the variant deviating from the variants normally eaten as well as describe taste and texture. 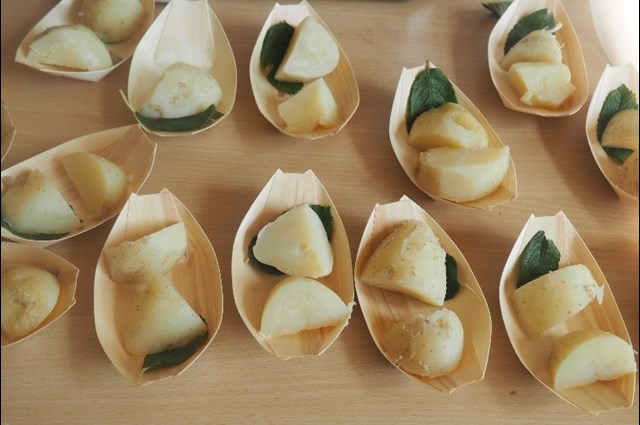 Ice plant is a novelty in Denmark. The Danish project partners therefore had the first experiences in Denmark on growing and harvesting ice plant (Mesembryanthemum crystallinum). On the test field on Sejeroe, which is located on the farm, Horsekaer, known for innovative food production, 34 tourists participated in a tasting event. At the tasting event ice plant was served from plants grown at three different concentrations of salt added to the soil. 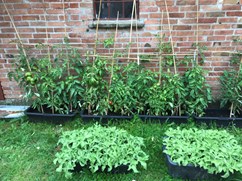 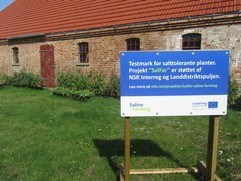 In addition to the tasting event, the plants were shown and offered to chefs visiting Horsekaer as well as restaurants on the island of Sejerø. “People were generally very interested and positive towards the taste of the ice plant", says Laurids Siig Horsekaer, owner of the farm Horsekaer. “Some of the chefs who tasted the ice plant expressed that they were interested in using it in the next season”, Laurids continues.