In Belgium, changes in seasonal precipitation patterns brought about by global warming has resulted in more wet winters as well as drier summers. Consequently, local farming communities need to prepare for more frequent and ever more severe droughts.

The Salfar project partner ILVO - The Flanders Research Institute for Agriculture, Fisheries and Food Research, has a longstanding tradition in plant breeding and research for climate robustness. ILVO breeders and researchers work on the improvement of the drought tolerance of agricultural crops with a long history of cultivation in the region such as forage grasses or clovers. They explore the potential of ’new’ crops like quinoa, chickpea, soybean and sorghum. Mobile rainout shelters are an important infrastructure to breed crops for drought-tolerance. These mobile large-scale ‘umbrellas’ are placed over the test field to avoid the supply of rainwater to the crop for a particular period during the growing season. Thus, the ILVO researchers can mimic drought in a real-life setting and test the drought-tolerance of crops. 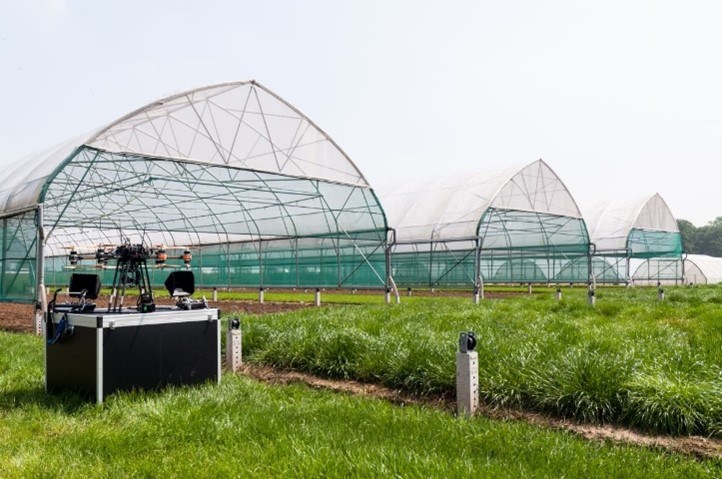 Photo: With the help of rainout shelters ILVO researchers get to recreate droughts in the field (Copyright: ILVO)

… and assessing the potential of new water sources

The recent summers in Belgium have been a foretaste of the droughts that are yet to come. On many occasions local farmers were confronted with long dry-spells and were desperately looking for water. The country’s water treatment plants, where urban sewage is cleaned, provided an alternative source of water for agriculture. During the dry spells, farmers would queue up at a water treatment plant and collect its’ effluent to irrigate the crops. There are, however, remaining questions about the suitability of this effluent for agricultural use. The salt-concentration is, for example, typically higher than in groundwater or surface water and over time, this could lead to salinization of agricultural soils. It is therefore crucial to better understand and quantify the long-term effects of treated wastewater on agricultural soils. 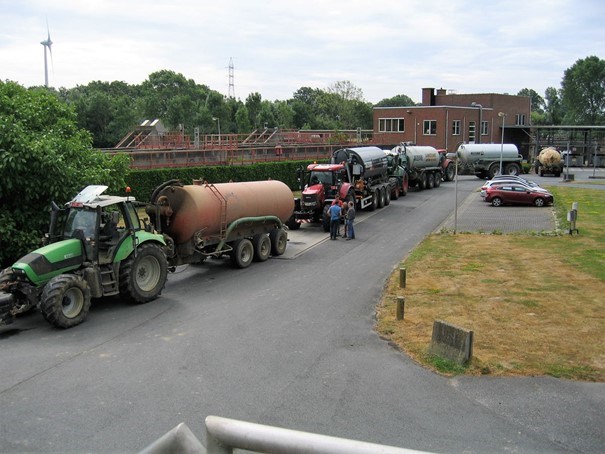 Photo: The past dry summers farmers were queuing up at water treatment plants to collect its’ effluent (Copyright: Aquafin)

A preview of the new ILVO test site

With the financial help of the Flemish Government and the Research Foundation - Flanders (FWO) to boost research and development on water management and climate change in Flanders, ILVO will expand its’ research infrastructure. Six new rainout shelters will be installed (next to the three already available) to accelerate breeding and research activities integrating state of the art above- and belowground phenotyping techniques. Two of these new test fields will also be used for research on circular water use and salt-tolerance, mimicking the irrigation with effluent of water treatment plants. The fields will be equipped to monitor the impact of water depletion and high salt concentration on the crops and soil.