In the harbour of Harlingen, the group of 22 entered a traditional Dutch sailing boat and, after a short introduction to some basic sailing techniques by the skipper and his mate, it was “all hands on deck”. The international crew found each other without any effort and set sails while singing traditional songs from their home countries as if they had never done anything else before. What a team! Not only was the co-operation excellent, also the wind was with the group and so they sailed to the island in the late afternoon with just the right gentle South-Westerly wind enjoying great views of the Wadden Sea. 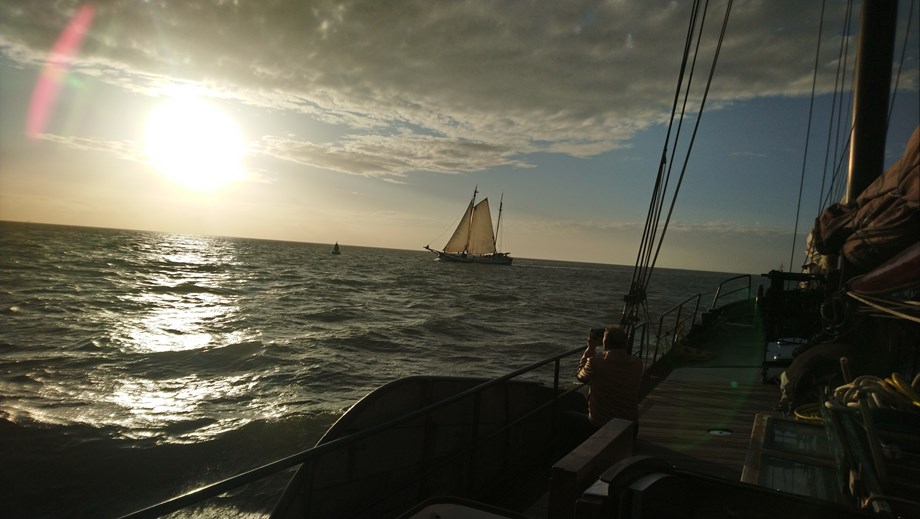 Dinner was shared on board as was the washing up afterwards and after arrival in the harbour of Terschelling it was only a short walk to a pub to taste the local beer and “Jutters Bitter”. Great singing started again around the kitchen table on board before everybody went to sleep in their 2 – 4 persons huts. 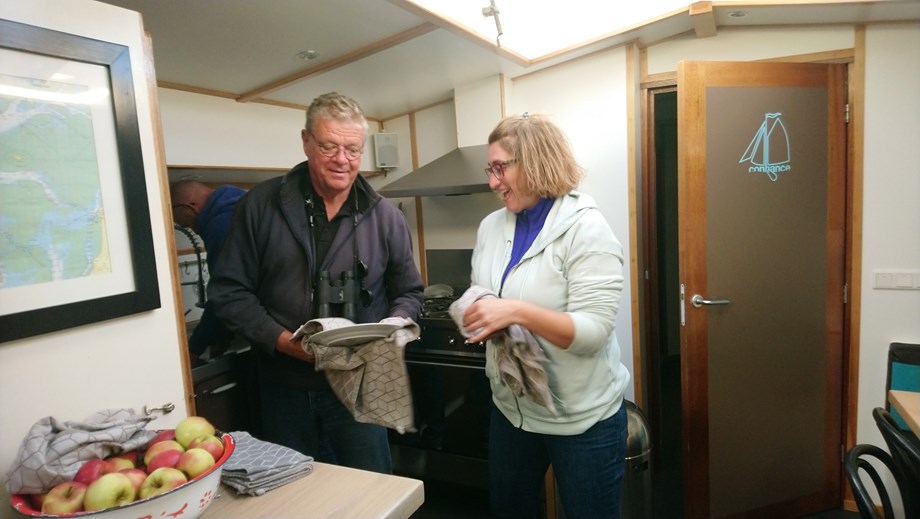 The next morning, the team sailed further down to East Terschelling where the SalFar colleagues Hans and Arjan awaited the group with a rubber boat to take the last 100 m to the shore. Enjoying the fantastique view from the dyke all over the Wadden Sea, the group listened to a short introduction on this UNESCO World Heritage site by Arjan Berkhuysen, former chair of the Wadden Sea Association. Hans made sure that everybody got a bike then and they cycled along the dyke to the test fields of the foundation “De Zilte Smaak”. 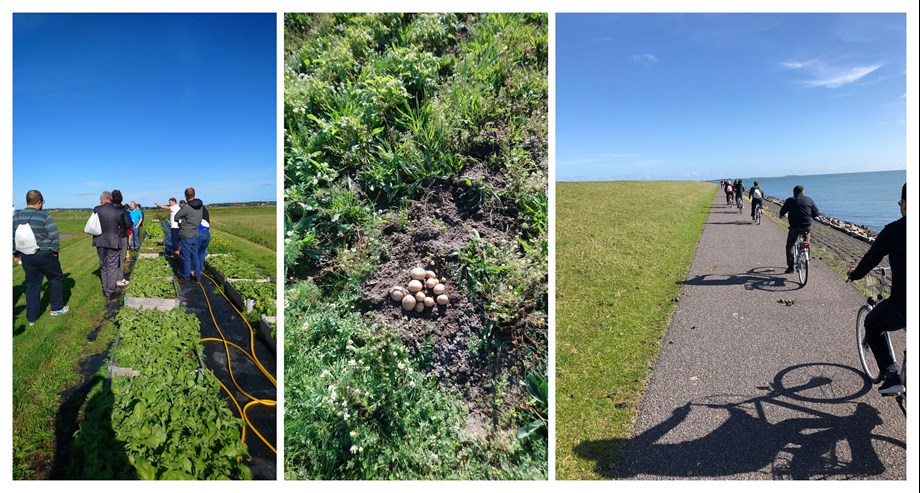 Just behind the dyke, Stichting De Zilte Smaak had created perfect conditions for the testing of diverse varieties of halophytes, but also potatoes, carrots, and red beet. On the naturally salinized ground, they had installed plant troughs, which they can irrigate with different concentrations of saltwater. Hans explained the content of the troughs and what they had experimented with so far and the scientists were amazed to hear about the work done with very simple methods. Also, the potato field took their interest, as there were a number of varieties doing very well on salinized soil.

Coffee and special Terschellinger koek was served on the field by Willemijn, before the group got on the bikes again to cycle further along the dyke to meet Flang Cupido. The professional cook gave a lecture on the wealth of the Wadden Sea and showed examples of plants you can pick just from the shore for the creation of wonderful dishes of great nutritional value.

Different sorts of seaweed play a role in this, with its high content of protein, minerals, fibre and vitamins it is a very healthy vegetable, just like samphire, sea aster or lamb’s lettuce. But also, cockles, oysters, mussels and shrimps are delicious catches from the Wadden Sea, and Flang explained that “this place here is my front garden where I can find and pick these delicacies every day for the meals I produce”. 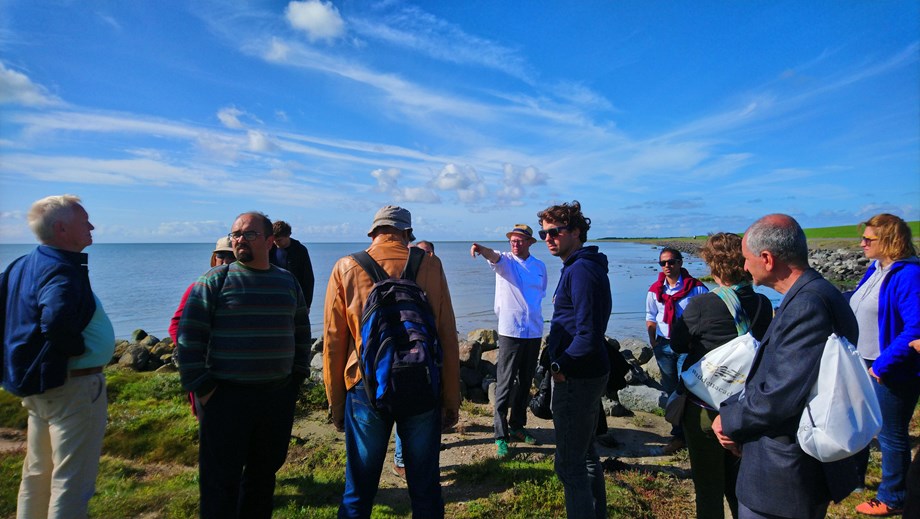 After again a few kilometres on the bike, the proof was made: the group was welcomed at Flang’s Cooking Studio with a Cranberry cocktail (another species that grows on the island in the wild) and a fantastic saline lunch was served with ingredients exclusively from the island and the Wadden Sea: first a soup of parsnip with sea banana, then a seaweed salad, and a plate with a variety of things: a paté of mackerel, stuffed tomatoes with samphire pesto, shrimps in a cucumber roll, a piece of fresh soft sheep cheese, all served with home-made Barents bread - named after the Arctic explorer Willem Barents, who was born on Terschelling in 1550. The meal was completed with a small pancake with pear ice cream topped with cranberry juice.

The guests were absolutely stunned: this fantastic variety of food was created with ingredients coming from the island only. Nothing added, nothing imported (except for the wine that was served which was a good Riesling from Alsace)! Saline food makes a difference! And producing the ingredients on your own field on saline soil shows that there are hidden opportunities for farmers who dare to experiment and would like to innovate with new methods of farming in a climate adaptive setting.

Sea level rise and salinization of farmland can be turned from a threat into a new business model!

Dionysia Angeliki Lyra from the International Centre for Biosaline Agriculture (ICBA) thanks the organising committee behind the Saline Futures Conference for a great conference.