12 June 2019 - Published by Dorte Storper
The first open field test site for saline farming has been established in Denmark by the SalFar project partner Taste of Denmark in collaboration with the farm Horsekaer on the island of Sejerø.

In addition to the test site, a laboratory to test salinity and pH of soil and water has been established. On the test site an irrigation system is being established that will allow irrigation with different salt concentrations in order to control gradients of salinity in the soil.

Initially, the size of the test site is 3.000 m2 and it is located on an old seabed that was flooded in the winter seasons until dikes were built in the mid 20th century.  The site can be expanded to 4 hectares on the farm if experiments are funded. In addition to the test site on Sejerø, a test site has been established on another Danish island called Læsø.

The first experiments are to be conducted in collaboration with the SalFar partners VIFU, Salt Farm Foundation and University of Lund. The focus of the experiments on the two Danish test sites will be on vegetables and grasses including five different variants of potatoes, two variants of carrots, two sorts of tomatoes, asparagus, red beets and many more.

On 13 May the the SalFar project partners got the chance to visit the test site on Sejerø in connection with the 4th partner meeting, where the farm Horsekaer was hosting the first day of the meeting. 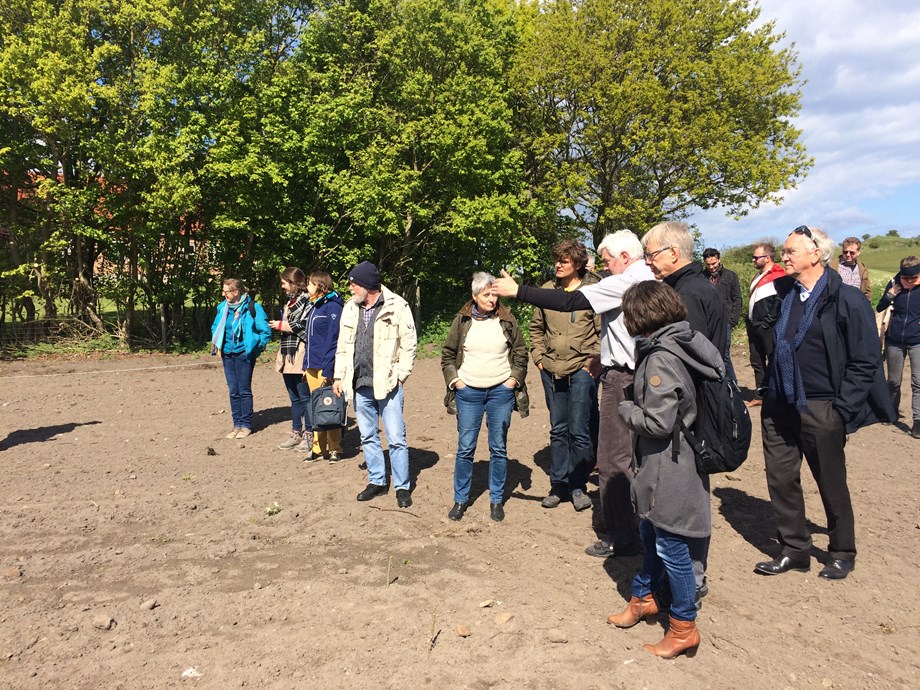 The first experiments that are to be conducted on the islands are funded by the SalFar NSR Interreg project and Landdistriktspuljen.