Learning about saline agriculture on Texel

22 October 2019 - Published by Dorte Storper
As part of the conference on 12 September over 100 scientists, policy makers, visionaries, farmers and students from all over the world came to the Boet on Texel to learn about the innovations in saline agriculture which has been developed on Texel.

The excursion was hosted by the SalFar partner Salt Farm Foundation as well as Hoogheemraadschap Hollands Noorderkwartier. 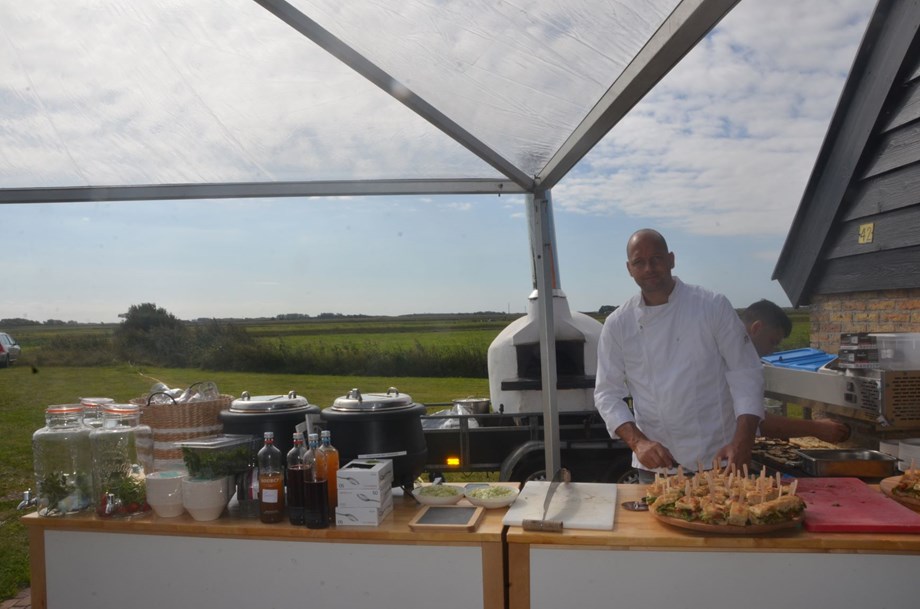 The culinary potential of saline agriculture was demonstrated by serving the visitors an outdoor salty lunch prepared by Het Kookatelier which showcased salt tolerant plants, as well as ´common´ vegetables which had been cultivated on saline soil at the Texel open/air lab. The menu featured pizza topped with sea banana and salicornia, soup from salty tomatoes, homemade focaccia bread with grilled vegetables and homemade poppy seed beet root bread with salty herb butter and dried salicornia. 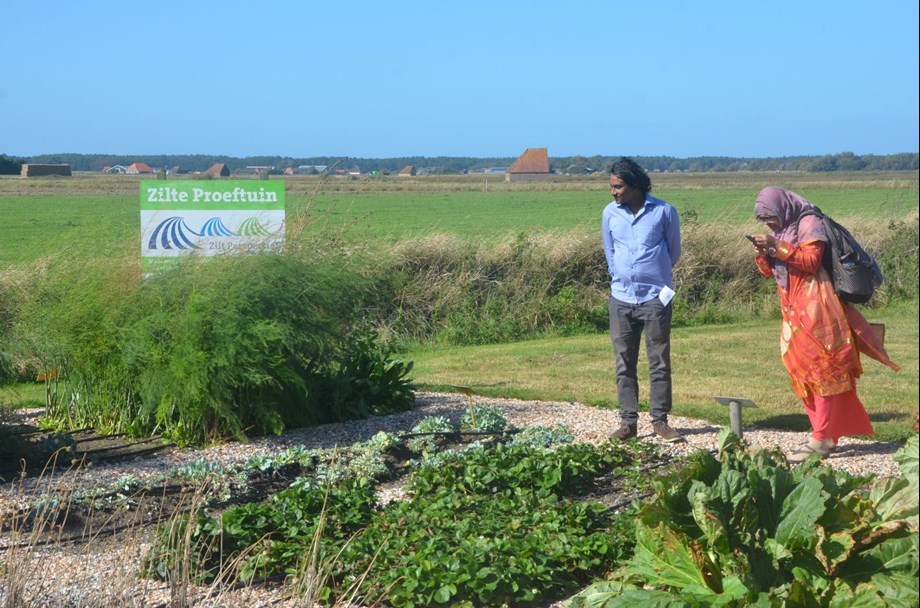 These international visitors were the first to get a taste of Salt Farm Foundation’s new saline kitchen garden. The garden has a variety of halophytes, a salt-tolerant plant that grows in soil or waters of high salinity like ice plant, sea lavender, salicornia, sea fennel and sea kale, but also more common food crops like lettuce, beet, radish, garlic, strawberries and cherry tomatoes. Not only do these varieties thrive on brackish water, they also develop a different taste.

The guests also paid a visit to Salt Farm Texel, one of the first open air test laboratories in Europe, where saline agriculture was pioneered. There was a special interest in the salty tomatoes. 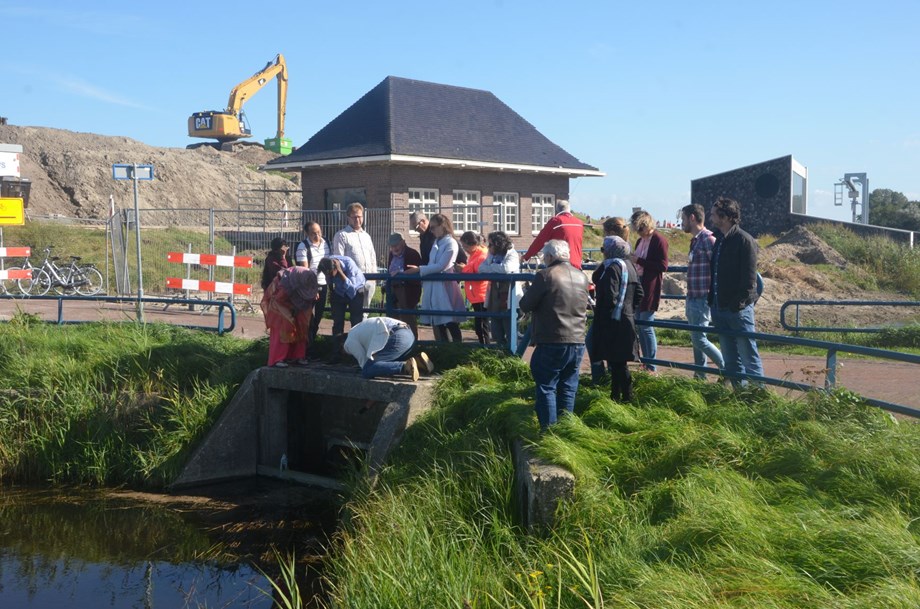 The Hoogheemraadschap Noorderkwartier took the international guests to De Cocksdorp in the north of the island to show a new technology they developed, a sweet water weir. With the traditional weirs the sweet water flows over the top of the weir. The new weir keeps the sweet water and drains the salt water.