18 June 2018 - Published by Dorte Storper
Exciting developments are taking place in the SalFar project as the first field trials have now been initiated.

How tolerant are wheat, oat and sugar beets of salt? This is what the first field trials have set out to test. In mid-May as soon as the weather conditions looked promising, the first experiment was set up on the fields on the island of Texel.

The first step was to prepare the fields. A team from the University of Gothenburg prepared varieties of 24 wheat lines and 12 oat lines in addition a representative from SPNA Netherlands prepared 2 lines of sugar beets. All of them are to be tested on salt tolerance in at least 4 repetitions. The following morning the hard labour was resumed as the next step in the process was to seed. Here a great transnational co-operation began in a Swedish-Indian-Dutch-German-Spanish team, which started seeding according to the scientific protocol of the project.

After 12 hours of seeding, the work was done. The work resulted in acy muscles after having set out nearly 20.000 seeds by hand and great optimism as this was the start of something bigger within the SalFar project. 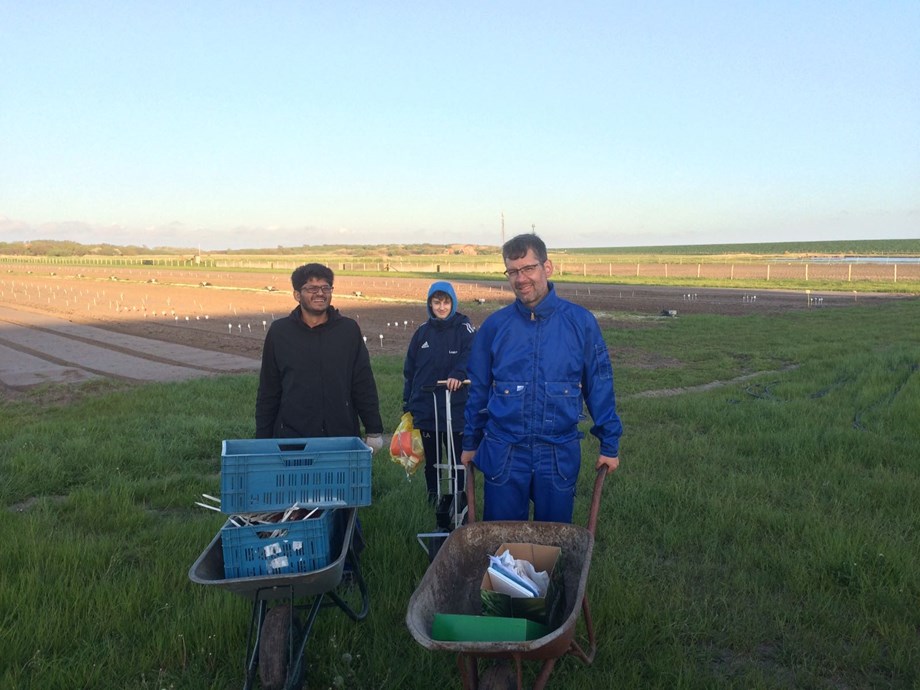