Matfest – the history about cooperation and collaboration between different producers, cafées, shops and restaurants to put local food producers on the map

Matfest is an event that can be divided into three parts, a map, a guide and an event day. The map shows the numerous producers of various foods from all over of Region Västra Götaland. It also works as a guide showing where consumers can find and purchase locally produced foods. Finally Matfest is also an event day, always taking place on the last Sunday of September. During the event local producers, cafées restaurants and shops open up their businesses for visitors and collaborate to show the richness of various produce and products available in the region.

Background
The concept of Matfest began 14th of January 2014. The initiative for Matfest came from Janne Möller, Chairman for Sjuhäradsmat at the time. He saw that there were many different groups in the region doing more or less the same type of work and creating the same type of events but without connecting or collaborating with each other. The initial concept of Matfest was that all the different actors should try and collaborate in order to make Västra Götaland stand out as a region where there are an exceptional amount of small scale producers of locally produced foods. The first meeting was attended by approximately 15 representatives from various food groups in the region. These groups included representatives of the county's food associations, various food walks / food craft safaris and food ambassadors.

The parties came to an agreement regarding the creation of a map showing all the members from all the different parties from all the parts of the region. The first map had more than 150 participants from the whole region. The map’s primary function was to display that Region Västra Götaland was a region where small scale businesses and entrepreneurship was being prioritized. 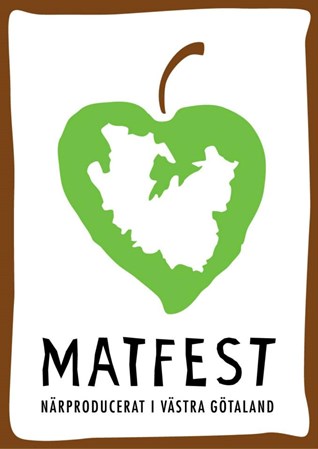 In addition to the map a special Matfest-dag (Foodfest day) was to be launched where all the companies represented on the map had the opportunity to manifest and celebrate the region’s variety of local foods and local food producers. The date for this day was set to the final Sunday of September as a natural part of the harvest and traditional harvest festivals.

What happens with Matfest today?
Today, five years on Matfest has changed, evolved and changed again. During the past five years it has changed from a map displaying the regions producers to being an ongoing guide for the consumer to find and purchase local foods. The changes have not all been met with positive response as a number of producers do not want or are able to welcome visiting customers. Those producers not being able to welcome visitors have found themselves excluded from the map, and thus the Matfest day. Critique was raised regarding the issue which resulted in a change back towards the map being a display over the producers in the region, some of which are able to welcome visitors and some which are not.

This year there were 105 participants in Matfest, some of which opened their farms and productions for the public and some who did not. Among those participants most satisfied with Matfest are those who collaborated with other producers or had a number of producers nearby. Those least satisfied were those situated in more isolated areas, or where there were few other participants.