Influence of packaging on sales of local farm yoghurt in supermarkets

In a 4-week testcase during April and May 2021, Inagro in cooperation with a dairy farm from Diksmuide, measured the influence of packaging on the sale of farm yoghurt in a local supermarket. The results contain valuable lessons for farmer producers focusing on B2B sales. 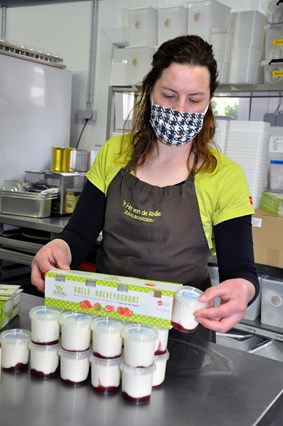 In order to compare the differences in sales between individual flavours, but also the difference between different designs of the packaging 4 testpacks of 4 units of yoghurts were composed. This resulted in the following packs: 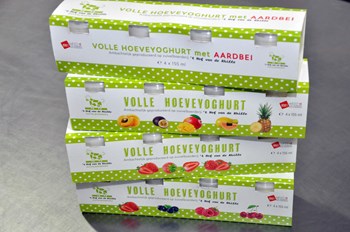 To allow comparison between the sales of individual portions and the sales of the testpacks, both were presented simultaneously in the same fridge in the supermarket.

In designing the packages, a cardboard sleeve was chosen which is of high quality and looks professional and attractive. At the same time we tried to keep the link with the artisanal image of the farm and its products.

-        The combined packaging of individual portions will lead to an overall higher sale of yoghurt.

-        A more colourful package will sell better than a simple design.

-        Combined packaging will have a positive influence on the sale of less popular flavours of yoghurt. 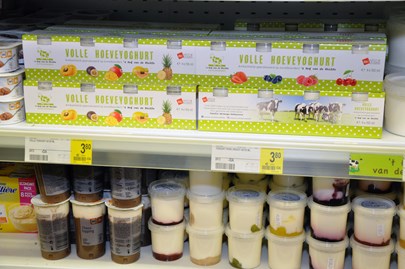 During a testperiod of 4 weeks there was an overall average sale of 5,81 portions of yoghurt per week, as is shown in Table 1. The results show that there are clear differences in popularity between different flavours of yoghurt. Cherry and raspberry appear to be the most popular flavours with an average of 9 and 10 sold portions per week.
Apricot and pineapple are less popular with an average turnover of 2,75 portions per week. 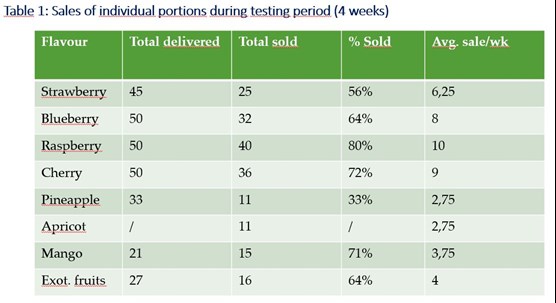 Table 2 shows the sales of the testpacks. Here, the packs containing a variety of flavours seem to be the most popular with an average turnover of 7 packs of yellow fruits and 6,5 packs of red fruits per week.
This has a direct influence on the sale of less popular flavours, such as pineapple and apricot. By including them in a package with other flavours their average turnover increased. On the contrary, the sale of cherry and raspberry decreased slightly when combined with other flavours.

Appearance does matter! The design of the packaging makes a difference.

Not only what you pack, but also how you pack it plays an important role in the sale of your products.
The testcase shows the influence of package design in the sale of strawberry yoghurt.
Two packs of strawberry yoghurt contain the same product, but the design of both packs differs.
The yoghurt presented in a colourful package had a 26% higher turnover in comparison with the same yoghurt in a more basic packaging.

Lessons to implement in your activities

The results of this testcase show that local SMEs benefit from working on the packaging of their products when selling through retail.

Firstly, combined packaging has a positive influence on the overall turnover of individual products.

Finally, it is important to overthink the influence of package design. It pays to take the time and to think about how to create a nice looking package for your products, that corresponds with the image of your business. In this way, you can use packaging as a way to enhance the story of your company.