26 November 2019 - Published by Hein Braaksma
As an example of how Swedish municipalities in a strategic way works towards more local food for public meals we can report from a seminar held in Borås in November 2019.

The Federation of Swedish Farmers, LRF, stresses more often out that the Swedish animal welfare gives unique, high quality in food products. On the seminar in Borås the chairperson from The Federation of Swedish Farms of Västra Götaland stated that we should more clearly take into consideration the facts that Swedish food have a high level of food safety and a low environmental impact – in comparison to many imported food products. The report from Swedish Environmental Protection Agency “PRINCE*” states that more than 60% of the environmental impact of food consumption in Sweden has its origin from imported food products. To that add the since many years low use of antibiotics in Swedish meat- and milk-production.

Local food producers invited to dialogue
The seminar, which is one of many held locally in Västra Götaland after the decision upon a new Swedish National Food Strategy, where focused on the municipality Borås and was set-up as a dialogue between decision makers from the municipality, local farmers and food producers located nearby. 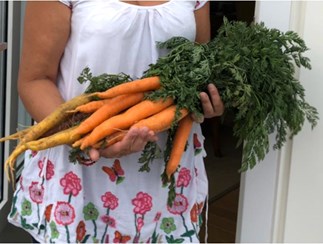 Photo: Ulrika Akesson
The municipality of Borås has during a long time focused on how to open for more local food. The city has invested in a new distribution center to make easier logistics for collecting local food products in season. The decision in Borås is that local food should be produced not further away than 150 km from the distribution center in Borås.
Still the volume of products is from the bigger food service distributors. The local food is looked upon as “silver lining on the plate”.

There are useful precedents
The County Administrative Board of Västra Götaland has during the past five years supported both public procurement locally and local producers with the aim to deliver food to public meals. The support given is often to teach about The Public Procurement Act and how to make contracts including more local food possible within these European Union Law. There is today workable and in Swedish Court tried and won cases based on specific criterias, for example referring to Swedish Animal Protection Act that can be used as references.

Make public meals strategic and a part of school education
The Swedish National Food Strategy points out the need for increased level of knowledge.

Photo: Ulrika Akesson
This is a way to invite the local producers learning public decision makers and students how food is produced, how animal welfare is in focus and the environmental impact in food production. Also the meal itself is a tool for learning more about our need for good, nutritious food. The schools is an important start for people to learn good and healthy eating habits. It is also important that students have a good meal during a long school day in order to gain knowledge efficiently.

This seminar was made possible thanks to REFRAME and the REFRAME network in Sweden. Lokalproducerat i Väst made a short presentation of the regional food frame within REFRAME and the support they can give local producers with the objective to sell products to public meals.

*_ PRINCE (Policy Relevant Indicators for Consumption and Environment) is a project with the objective to analyze potential environmental impact from Swedish consumption, both in Sweden and abroad, and to quantify these in indicators