21 March 2017 - Published by Alfred Kazemier
Back to the grain! And bring back colour into our landscapes! This is Gert Noordhoff’s main message. Together with his father, he runs an arable farm in Bellingwolde in the north of the Netherlands, in a landscape that since time immemorial thrives on the dynamics between water and people. A landscape with golden rustling cornfields. This colourful landscape has, however, changed significantly in recent years. Because of the arrival of many dairy farms in the early 90s and the specialization in agriculture, landscapes became monotonous and less attractive for tourists and residents. Only 2 to 3 crops enliven the landscape as opposed to 13 previously. Where have the old crops, such as Einkorn Wheat, Sint Jans Rogge and Red Emmer, gone? "Very unfortunate," says Gert Noordhoff, "because they are super foods but then from the region. For humans as well as for land and wildlife: good for the stomach, soil and the bee! However, people do not know this (anymore) and are not aware. For this reason, de Graanrepubliek was established: an association of growers, producers and buyers." 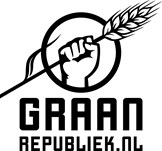 De Graanrepubliek is still mainly in a pioneering phase in eastern Groningen. Gert explains: “We are experimenting with old crops on small test fields, supported by funds from the European LEADER. This currently takes place on a small scale but within five years we want to cultivate 100 hectares across northern and eastern Groningen. We are therefore constantly talking to fellow farmers who also want to switch to the organic cultivation of traditional crops. To come to innovation, experimenting together is really important. Innovation also means having the spiritual and financial room to make mistakes. We are therefore pleased with the co-financing from Europe.”

Meanwhile, the first old grains are packed in bags and distributed among different stores throughout the Netherlands. An important issue surfaced though: the distribution of the grains. Margins on the bags of grain are low and the transport of small quantities is relatively high, which makes it very expensive.

“We look for innovation in the chain; not in the traditional way because that will make our product anonymous again, leaving the farmer with less profit and we don’t want that. It requires an entirely new approach. The government can play a role in this task by getting the various parties in the chain together and start the discussion.”

De Graanrepubliek represents purchase and experience: consumers talk to producers who explain the product, the special taste of it, where it comes from and its contribution to biodiversity and a beautiful landscape. Gert says that contact with customers is very important to him. Today, regular grain travels in bulk around the world but he does not know where it travels. He comes from Groningen and he wants his product to also end up there so that he can connect to the customer. For example, with fellow entrepreneurs - BAX Beer Groningen - de Graanrepubliek organised the great Grain Dinner. Black oat, Red Emmer and Zeeuwse Witte were on the menu. The six-course dinner was put together by chief cook Dutch Cuisine Christian Weij, and BAX Beer Groningen developed a Grain Republic beer especially for this evening. People experienced the story, the history and the future of grain. They were also introduced to the different flavours of the forgotten crops. 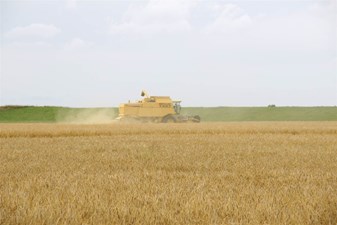 Healthy food from the region for a beautiful landscape

“We look beyond the product and the financial aspect. We also see very clear social benefits: not only the biodiversity of the landscape but also – something we consider as particularly important - more jobs at the companies involved and in the regional distribution chain. And also for local entrepreneurs, because a colorful landscape with its own identity attracts more tourists," says Gert.

In conclusion: in De Graanrepubliek, growers cultivate old grains in an organic, profitable and innovative way, and consumers experience the special historical flavour and contribute to the biodiversity and the beautiful landscape of Groningen. Back to the grain!