The event drew attendees from the oil and gas and renewables industries, funding bodies, innovation centres, development agencies and other universities and was hosted at the Edinburgh Business School and ORIAM Scotland. The PERISCOPE project invited robotics companies from around the North Sea to attend in order to establish new partnerships and trigger innovative Blue Growth projects. Presentations from Hub Director, David Lane, and the Work Package leaders were followed up by an exhibition of demonstrations and posters from the ORCA teams in the afternoon.

The photos show participants from MacGregor (NO) interacting during a robotics demo, PERISCOPE Partners Offshoreenergy.DK and GCE NODE in deep discussion with Chris Bryceland, Subsea Opportunity Manager with Scottish Enterprise, and networking by David Knukkel from RIMS BV (NL). 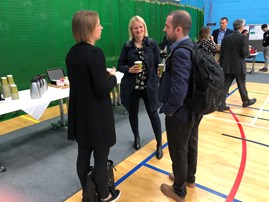 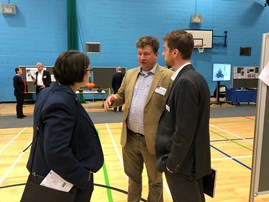 Thanks to Lindsay Wilson and David Wavell for their hospitality!