Hydrogen achievements in Orkney are in the spotlight as the finalists for the Scottish Green Energy Awards 2019 are announced.

Jon joined EMEC in 2017 as Hydrogen Manager to identify, develop, and implement various opportunities for EMEC’s rapidly evolving hydrogen business. Jon has been a key player in championing the opportunities green hydrogen can provide to transition Orkney, the UK and further afield to a net zero energy system.

Jon has be instrumental in building a fast-growing portfolio of hydrogen projects in Orkney, in which there are currently nine innovative projects underway with a total value over £65 million. 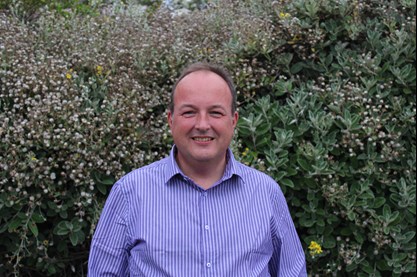 One of these projects, HyDIME, is a stepping-stone to decarbonising the marine sector using green hydrogen as an alternative fuel source by trialling a hydrogen / diesel dual fuel injection system for a 50kW diesel auxiliary power unit on a car ferry operating between Shapinsay and Kirkwall in Orkney.

Led by Ferguson Marine Engineering Limited, the project consortium consists of EMEC, Orkney Islands Council, High Speed Sustainable Manufacturing Institute (HSSMI), Ultra Low Emission Mileage Company (ULEMCo), and Lloyds Register. A core focus of this project has been to overcome regulatory barriers to enable the wider use of hydrogen in the marine sector.

Nigel Holmes, CEO of the Scottish Hydrogen and Fuel Cell Association, said:
“In the past two years Jon has made a massive contribution to the number and scale of innovative hydrogen projects now underway in Orkney. His work builds on the first 0.5 MW electrolyser at EMEC’s tidal test facility on Eday, which enabled the Local Energy Challenge Fund Surf ‘n’ Turf and Horizon 2020 funded BIGHIT projects to take place and put Orkney on the map. Jon has worked tirelessly to bring further hydrogen projects to Orkney including HyDIME, HySpirits, HyFlyer, and the £28.5M BEIS supported ReFLEX project.

“The HyDIME hydrogen ferry project brings together several SHFCA members, including EMEC, ULEMCo, and Orkney Islands Council. This project is a great example of putting into practice the EMEC slogan of ‘getting metal wet’ as part of trying out, testing, and proving new and innovative approaches.
“Having nominated Jon and HyDIME for the Scottish Green Energy Awards 2019, I am delighted that they have both been selected as finalists and wish them every success at the awards ceremony.” 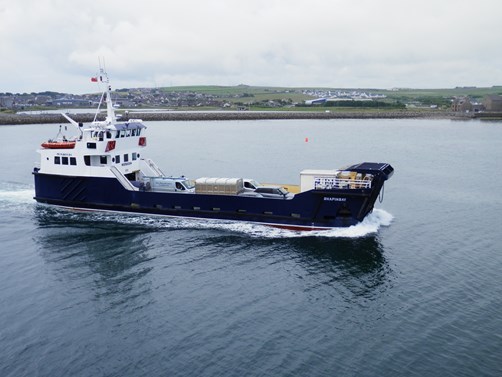 “Jon has been instrumental in helping to achieve the status that Orkney has surrounding its hydrogen project achievements. Through his role at EMEC Jon has excelled in creating a proactive network which has enabled the development for a great number of hydrogen projects and in that helped to create a wider proactive atmosphere in favour of hydrogen research and development.
“It is always a pleasure to work with Jon on the hydrogen projects we have active in Orkney, which are paving the way to delivering significant and tenable fossil fuel alternatives for the benefit of everyone.”

The winners will be announced on 5th December 2019 at the Scottish Green Energy Awards ceremony taking place in Edinburgh.