With international participation from the German Cluster WAB, the Danish cluster Offshore Energy, the Belgian cluster POM and others, a two-day gathering was organised 14-15 March 2019 in The Netherlands for networking and inspiration on offshore wind energy.

The event, jointly organised by the Inn2POWER project partners and the Enterprise Europe Network, included an offshore wind symposium with various showcases and many matchmaking possibilities. 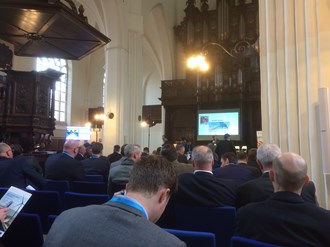 Because the Inn2POWER project activities overlap with Periscope, partner SNN attended this event. One of the common grounds with Periscope is the focus on test facilities. By attending this meeting, new ties have been strengthened and it is ensured that both projects reinforce each other in order to optimize the innovation ecosystem of the North Sea more quickly and efficiently.