PAV workshop: scenario development for AVs in city of Almere

On May 10, the city of Almere hosted a workshop where PAV project partners and urban planners of the city worked together on scenarios for AVs within future urban development initiatives in Almere. PAV aims to stimulate the uptake of electric and shared AVs by developing green transport and spatial planning strategies that incorporate AVs.

This workshop was the first step in the development of a virtual pilot which simulates the introduction of AV buses to Almere’s unique BRT network. The pilot focuses on the large-scale urban development Almere Pampus foreseen in the coming decade. This long-term approach, taking the requirements for and opportunities offered by autonomous vehicles into account early in the spatial planning process, is aiming at finding an optimised solution taking the successful city’s public transport system strategy into account.

On behalf of the city of Almere, not only the local PAV project team was present, but also public transport experts as well as colleagues from the urban planning and communication departments participated in the workshop.

A full morning program was moderated by Rupprecht Consult that included presentations from PAV project partner RGU on target groups and stakeholder engagement and from Bax & Company on AV developments. City planners involved in the Pampus development explained the latest developments concerning the Pampus Masterplan and a discussion took place on the city’s automation-readiness level. This was followed by interactive sessions on strategic objectives and AV scenario development. 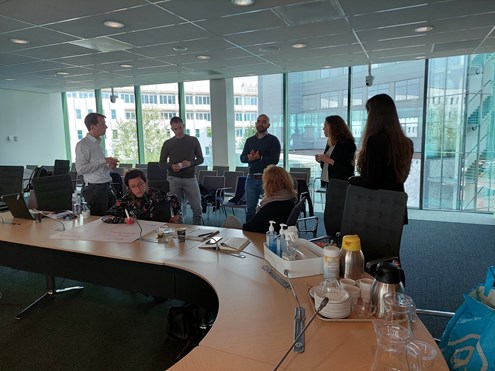 After the workshop, the attendees visited the international Floriade exhibition in Almere, where concepts for green and sustainable cities are presented. This provided an ideal background for further informal discussions between PAV partners. 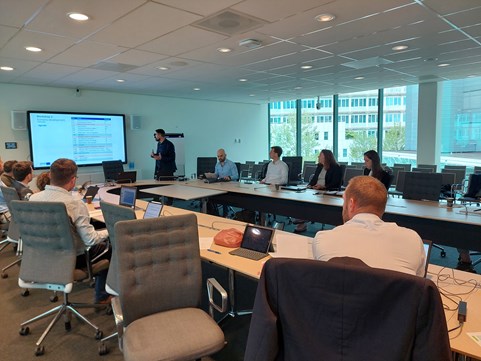 The valuable input that was collected during the workshop will be used to refine the scenarios that have different implications for urban planning and the public transport offer. Important next step will be the collection of feedback from several stakeholders. After summer, a second workshop will be organised in Almere to assess feedback on the scenarios and further discuss implications for AV and city planning.

Follow along with our PAV journey follow us on social media below to get the latest project updates.