13 September 2018 - Published by Paul Stephens
On Sunday 2nd September, about 100 people enjoyed a guided walk for the entire family through the PARTRIDGE demo site of Ramskapelle in Belgium. By horse and carriage, by canoe and on foot, everyone got to learn about the effort that local farmers and hunters make for the grey partridge and other farmland birds on their fields.

PARTRIDGE is a European project in which five countries have joined forces to create better living conditions for the grey partridge in 10 demonstration areas. Through cooperation between farmers, researchers, hunters, nature conservationists and policy makers, sustainable agriculture is being developed whilst preserving nature. The aim of the project is to attain 30% more biodiversity in these demonstration areas.

Ramskapelle is one of those demonstration areas. Across ​​500 hectares, an area which expands between Nieuwpoort and Diksmuide, partridge-friendly habitat measures are being implemented, work which started in 2017. These measures are designed to increase the food supply (mainly insects and seeds) and provide sufficient cover and nesting opportunities for farmland birds. Not only do partridge benefit from these measures but farmland biodiversity benefits overall. 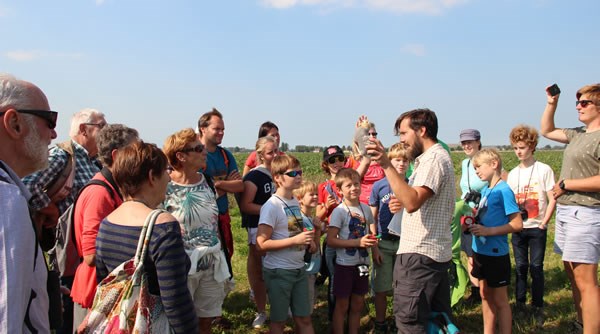 The project is halfway through and the first results are promising. Therefore, the time is ripe to get the general public acquainted with the efforts the farmers and project partners are making to increase partridge numbers along with many other farmland wildlife species at our ten PARTRIDGE project areas.

Under a pleasant summer sun, about 100 people explored the demonstration area of ​​Ramskapelle with their families. It became an adventurous voyage of discovery during which the site was explored by horse and carriage, on foot and even by canoe! 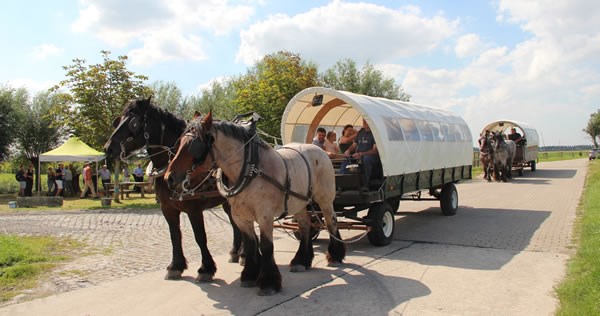 Young and old became acquainted with the numerous PARTRIDGE measures installed, ranging from flower blocks and their features, floristically enhanced grass strips and beetle banks that provide partridges with food, nesting habitat and cover. Lead by a nature guide, the project partners and several of the participating farmers, all habitat measures were explained in relation to the life cycle and needs of the PARTRIDGE project’s umbrella species the grey partridge and their benefit for farmland wildlife in general. Using binoculars, even the youngest members of the family got acquainted with farmland biodiversity.

The PARTRIDGE journey ended on the farm of one of the participating farmers, where everyone was treated to a refreshing drink and a delicious ice-cream made on a nearby farm, while the kids also enjoyed a range of nature education games. 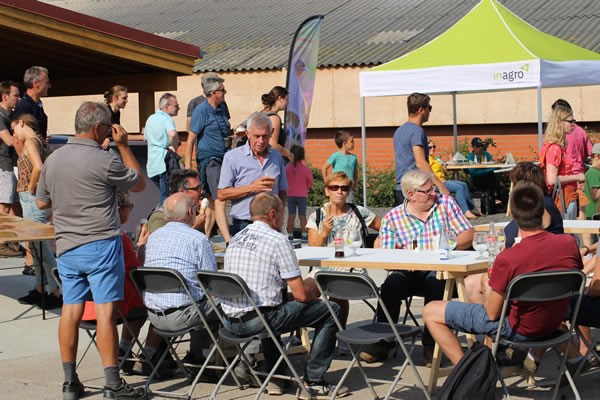 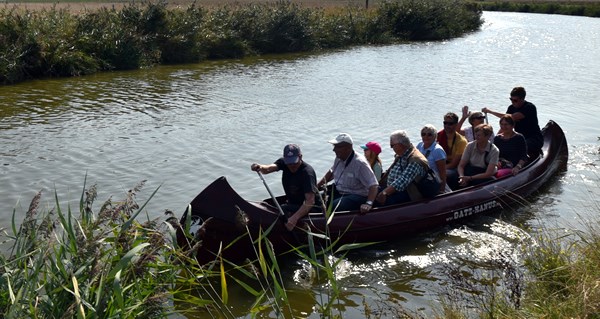 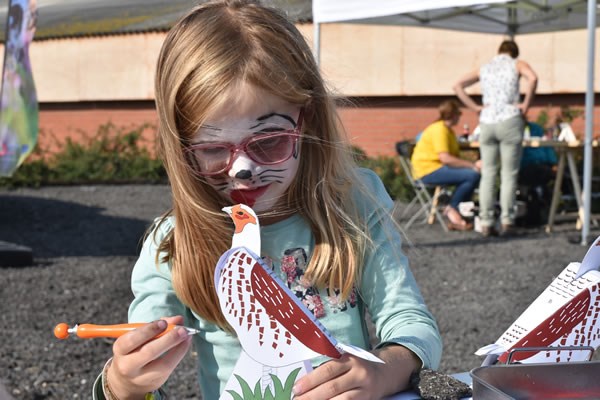