Why Protecting Farmland Biodiversity is so Important

Biodiversity is the huge variety of every plant and animal in the world, including the habitat in which they live. Our ecosystems provide us with vital services needed for survival, from the oxygen we breathe, to the food we eat. Food pollinated by our insects, contributes more than £400 billion a year to the British economy alone. The water we drink, the medicines we take, the materials we extract from the earth, the recreation activities we enjoy for our health and wellbeing, all exist because of our environment. We have lost sight of the pure importance of biodiversity, without it there would simply be no life. 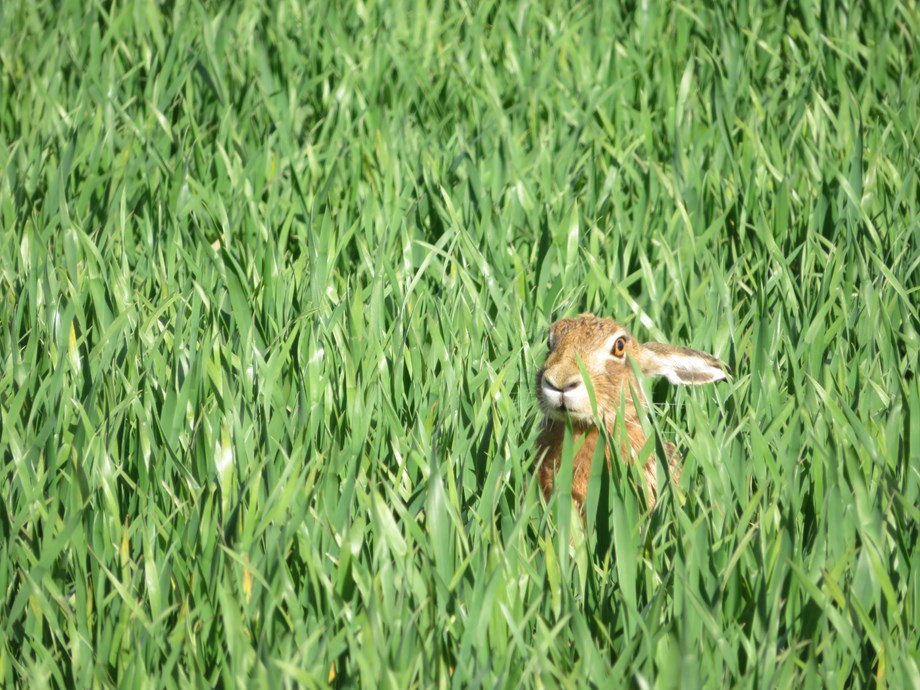 Sadly, the UK is said to be one of the most nature-depleted countries in the world. Our biodiversity is threatened by the demand for mass development from our human activities. In the UK alone agriculture covers over 70% of the land, totalling 20 million hectares! With agriculture taking up the vast majority of the UK (this is no different in other parts of Europe), effective habitat management is essential to protect our natural world.  As the global human population has increased, so has the demand and pressure to produce both more, and cheaper food. This has increased the intensification of farming methods, creating a monoculture environment, including the historic removal of trees and hedges to increase field size and more land being exposed to herbicides and fertilisers. Globally, habitats have become increasingly fragmented, isolating animals and preventing their natural movement. This isolation decreases genetic diversity and reduces survival rates, as wildlife becomes more susceptible to disease and the changing environment. Native plants are also unable to regenerate which decreases the diversity of habitats available to wildlife such as insects, altering the food chain and depleting the ecosystem.

The State of Nature Report 2019 stated 60% of farmland species are in decline, with a significant decline in farmland birds such as curlews, tree sparrows, lapwings and grey partridges.   Unfortunately the removal of hedges across Europe has had one of the biggest negative impacts to our wildlife, putting insects such as moths in critical decline. The importance of moths is commonly overlooked. They are one of the most species-rich insect groups with around 2,500 different species in the UK. Not only are they vital pollinators but they also make up the majority of the diet of bats and insect-eating birds. An increase in the bat population is beneficial to farmers as they are nocturnal insect-eaters and can provide natural pest control, potentially reducing the need for pesticides. Modern soil management has also led to sterile soils and the loss of our soil-dwelling creatures, like earthworms and good bacteria. This requires farmers to use more fertilisers to grow plants. 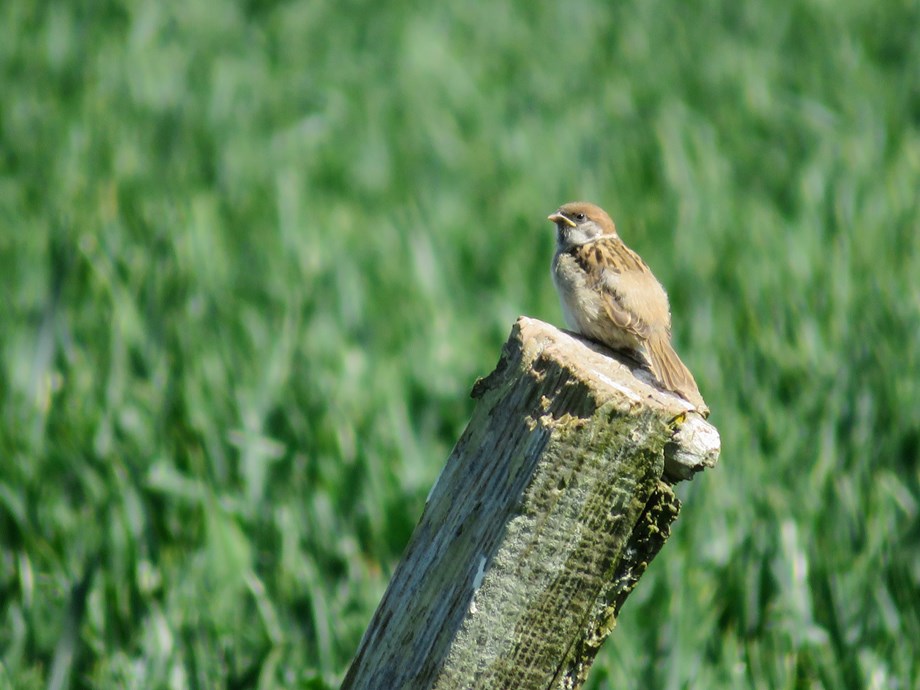 Agri-Environment Schemes across Europe were started in the 1980s to provide financial support for measures that benefit biodiversity on farms. Looking at the UK, there are separate schemes for England, Wales, Scotland and Northern Ireland, tailored to the different farming systems in each country.  Essentially, areas of a farm are managed more sympathetically, creating wildlife-friendly habitats. However, these schemes are complex, can be difficult to implement and could certainly be further improved to offer farmers better support and incentives, ensuring each country’s scheme is flexible across different farms.

The PARTRIDGE project is working with farmers, conservationists, hunters, scientists and volunteers to show how to conserve and increase biodiversity by 30% on arable farmlands using existing measures provided by agri-environment schemes and by showcasing new and improved measures. Partners from England, Scotland, Belgium, the Netherlands, Germany, Denmark and Sweden are using the grey partridge as a flagship species. This is not only because they are an indicator species (with the rapid decline in grey partridges indicative of the general loss of farmland biodiversity) but also because measures that are implemented for them tend to be beneficial for other wildlife too. By ensuring that at least 7% of each 500-hectare demonstration site provide high-quality wildlife habitats, grey partridges and other wildlife are provided with nesting, brood-rearing and winter cover.

One of the high-quality habitats that have been established are PARTRIDGE flower blocks which are sown by the farmers, with a specific partridge-friendly seed mixture. These are managed by the farmers in a way to maximise their benefits by cutting half the plot once a year, resulting in two levels of vegetation creating a diversity in structure. The low-level section provides habitat for brood-rearing so chicks can eat the insects lower to the ground whilst the high-level part provides nesting and winter cover from predators. 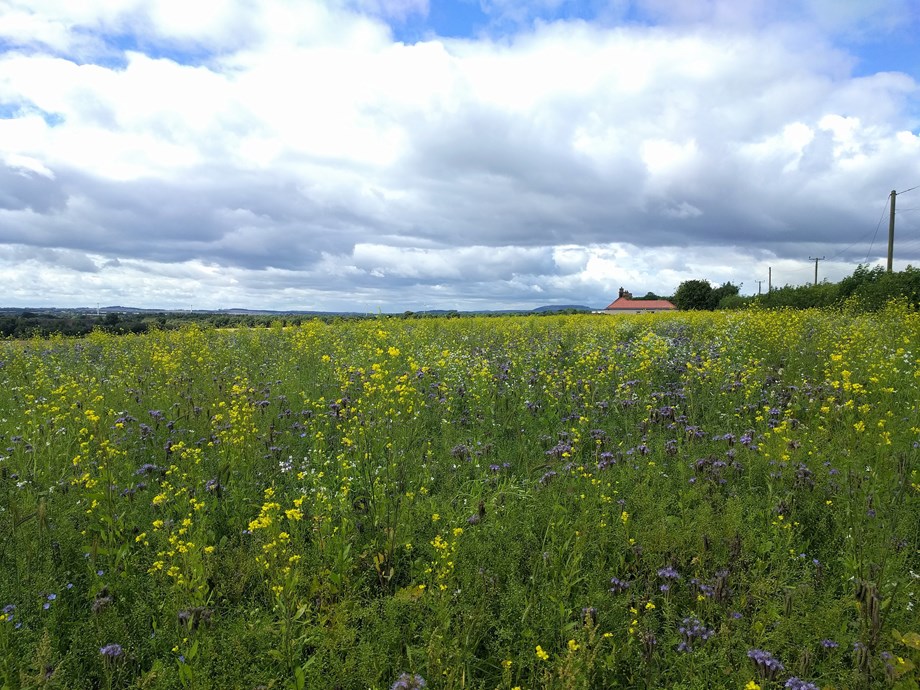 One of the PARTRIDGE flower blocks in Scotland, mix available from Kings Crops. Photo: Fiona Torrance

Beetle banks, skylark plots, arable margins and hedgerows are other examples of high-quality habitats also being employed. The PARTRIDGE project is researching how agri-environment schemes can increase both the prevalence and effectiveness of habitats such as these.  Improving the current agri-environmental schemes will create more diversity and connect habitats across farmland in Europe. In turn, this will support and provide habitats for other wildlife all year round, resulting in a better functioning ecosystem. Farmers also benefit by increasing farm productivity in crop yield, pollination, clean water, natural predators and soil health reducing erosion and flooding. Healthy soils are full of microbes, which convert organic matter into the vital nutrients that plants need to grow. It has been said that in just one teaspoon of soil there are more microbes than people on earth! 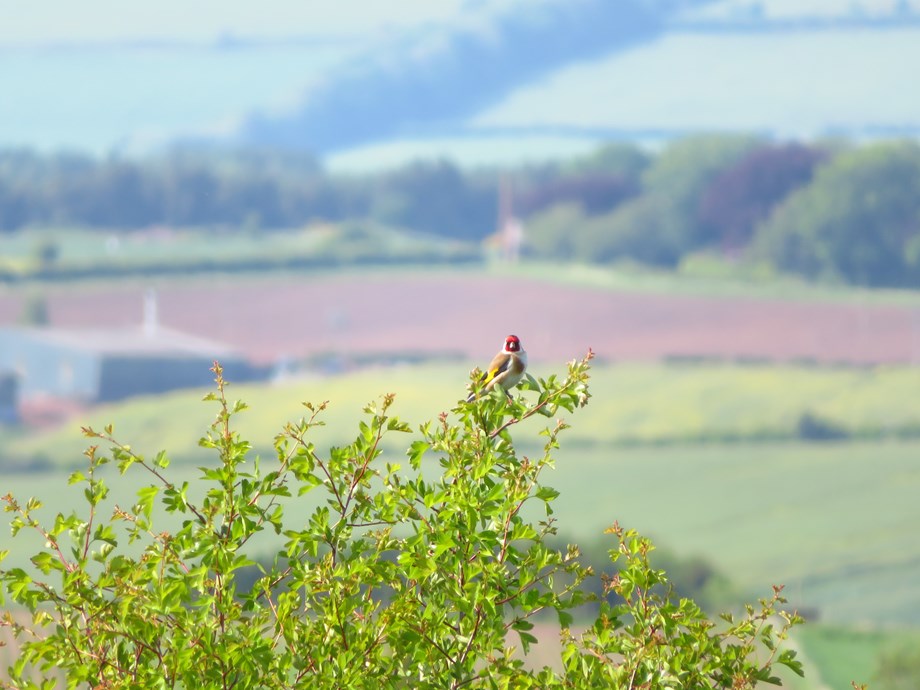 A balance is needed between working to benefit wildlife and allowing the farmers to work without impacting food production and income. Working with the PARTRIDGE project I have realised just how complex every farm is and how each farm requires specific management tailored to their land. When carrying out surveys on farmland, so much can be learned from the farmers who know their land and its history. Tapping into this knowledge is invaluable when looking at improving farmland management and conserving our wildlife. 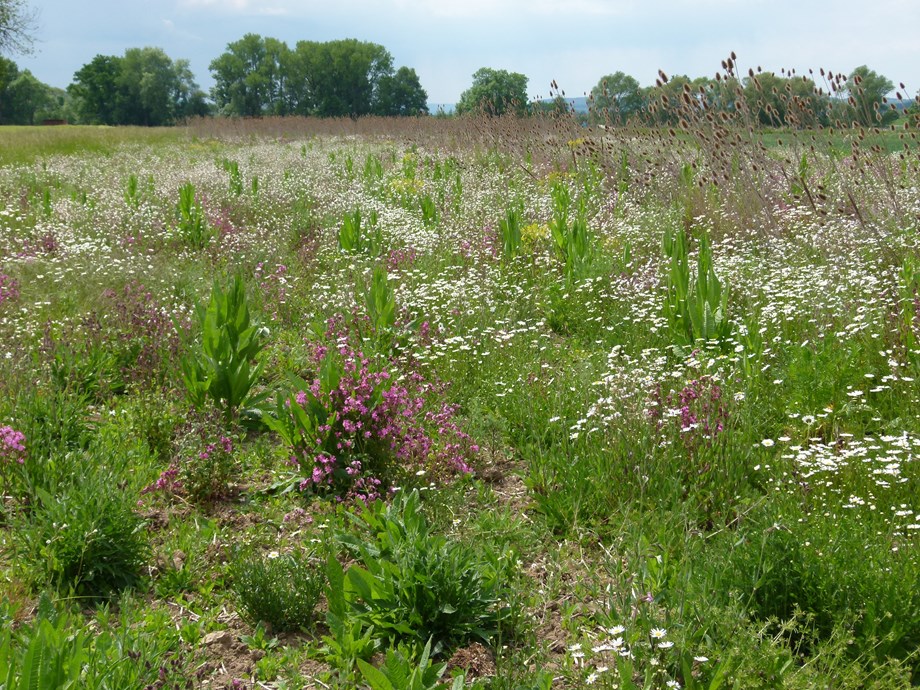 The PARTRIDGE project flower plots are one initiative helping to increase biodiversity on arable farmland. These initiatives are crucial to increasing biodiversity, but careful management and incentives will be needed.   It is not just down to the farmer to bring back our wildlife. We need to bring back the link to where our food comes from. If we are to restore our tired agricultural land, we need to work with our farmers to support their already dedicated commitment to the future of farming.

Check the other blogs in our WHY BIODIVERSITY MATTERS series