25 July 2018 - Published by Paul Stephens
The very first beetle bank in Flanders was created by a Belgian farmer of Ramskapelle at the end of spring this year. A beetle bank provides excellent nesting habitat for grey partridges and attracts a lot of insects that are the main food source for partridge chicks. The farmer, himself, can benefit from the pest controlling insects colonising the adjacent fields after hibernating in the beetle bank. A win-win for farmer and farmland wildlife.

One of the main aims of the PARTRIDGE project, to increase farmland biodviersity by 30%, is ambitious. However, the project is on the way to success. To achieve this goal, ten demonstration areas of 500 hectares across five countries have been established. In each of these areas, a minimum of 7% high-quality habitat tailored towards the grey partridge has been implemented. One of these habitat measures is the beetle bank (http://www.northsearegion.eu/partridge/press-releases/beetle-banks-why-and-how-to-build-them-for-farmland-wildlife/)

In November 2017, a Flemish farmer joined an international PARTRIDGE excursion to Loddington (http://www.northsearegion.eu/partridge/press-releases/partridge-partners-meet-at-loddington-with-farmers-from-europe/), one of the demo sites in England. Seeing a British example of a beetle bank clearly inspired him, as 6 months later, the demonstration area of Ramskapelle in Belgium is now the home of the very first Belgian PARTRIDGE beetle bank. The beetle bank at the Ramskapelle demo area is an elevated linear structure approximately 0.5 m high, 3 meters wide and  180 m long. The farmer created the bank using a digger, although a plough is more commonly used for this. On the bank itself, the farmer has sown in a seed mix of mainly tussocky grasses such as tall and red fescue, cock’s-foot and timothy-grass. These grasses are an excellent breeding habitat for grey partridge. A strip of fallow land along the beetle bank even allows partridges to take their much wanted dust bath. 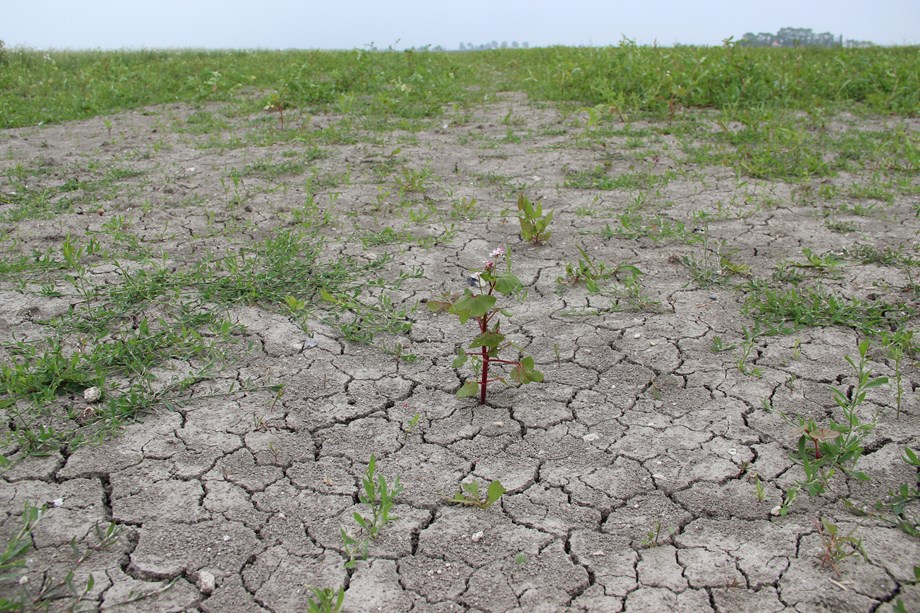 In addition, the tussocky grasses on the beetle bank provide a warm and dry over-wintering habitat for beneficial insects that prey on crop-pests. The linear design ensures in the adjacent fields are quickly colonised by these predatory insects in the spring. These insects help farmers in preventing crop damage caused by pest insects. They also serve as a protein-rich food source for partridge chicks, resulting in a positive outcome for both farmer and farmland widlife.

The sowing conditions were ideal, meaning the farmer was able to create a perfect seed bed. However, not a single drop of rain has fallen since sowing in May and the whole of Flanders is plagued by extreme drought for the second year in a row. Flemish PARTRIDGE-partners are now meticulously monitoring  the beetle bank and other measures, together with the local farmers, to evaluate the impact of the drought on the PARTRIDGE measures.

In the Netherlands (http://www.northsearegion.eu/partridge/press-releases/partridge-has-impact-in-the-netherlands/), the first beetle bank was established last year and, only just one year on, several Dutch regional authorities and the national government have implemented PARTRIDGE beetle banks in their agri-environment schemes for 2019.