12 August 2021 - Published by Francis Buner
The vegetation of flower blocks does not only consist of the species we have sown with the original mix, but also of a lot of spontaneous vegetation that germinates from the natural seed bank.

Many of these plants are weeds, some of them – such as the creeping thistle (Cirsium arvens) - are extremely unpopular among farmers. What do you do with thistles that have colonised a flower plot in high abundance?At the PARTRIDGE demo site Diemarden, Germany, we recently had two areas that were very problematic. Fortunately, in our case, the farmers were quite relaxed, and the plots remained untreated. 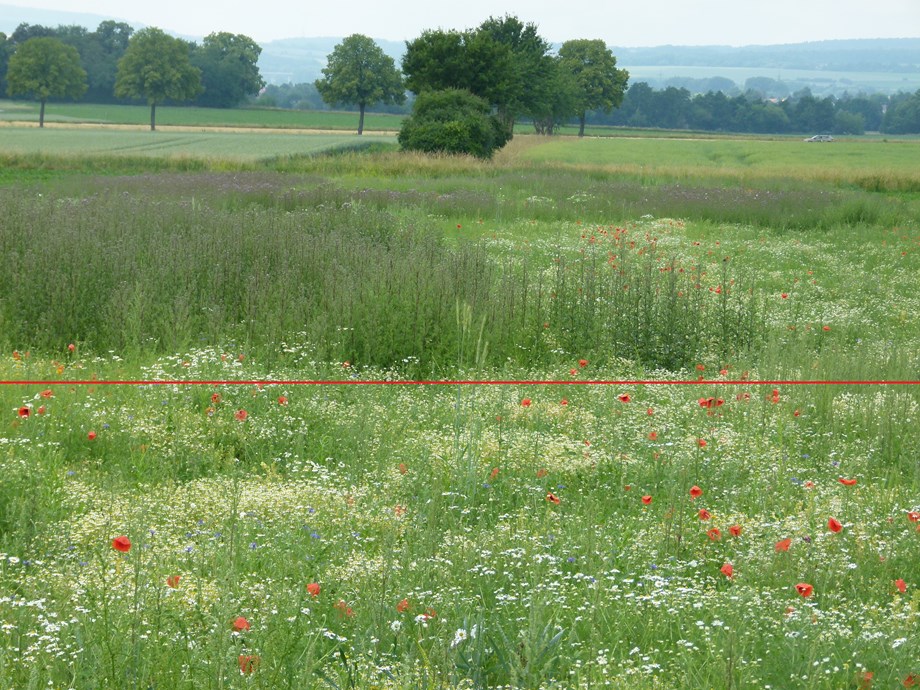 Several butterflies favor thistle flowers compared to other plant species, the Painted Lady (Vanessa cardui) for example use it as a food plant for its caterpillars and we also observed a territorial pair of grey partridge settle in it. However, do thistles invariably overgrow flower blocks, once they take hold of it?

No, they didn´t. In 2019 the area looked much improved: other more desired plants had outcompeted the thistles. There were still thistles present at the plot, but significantly less than in the previous year. Since 2019, the thistles permanently remained at low levels. 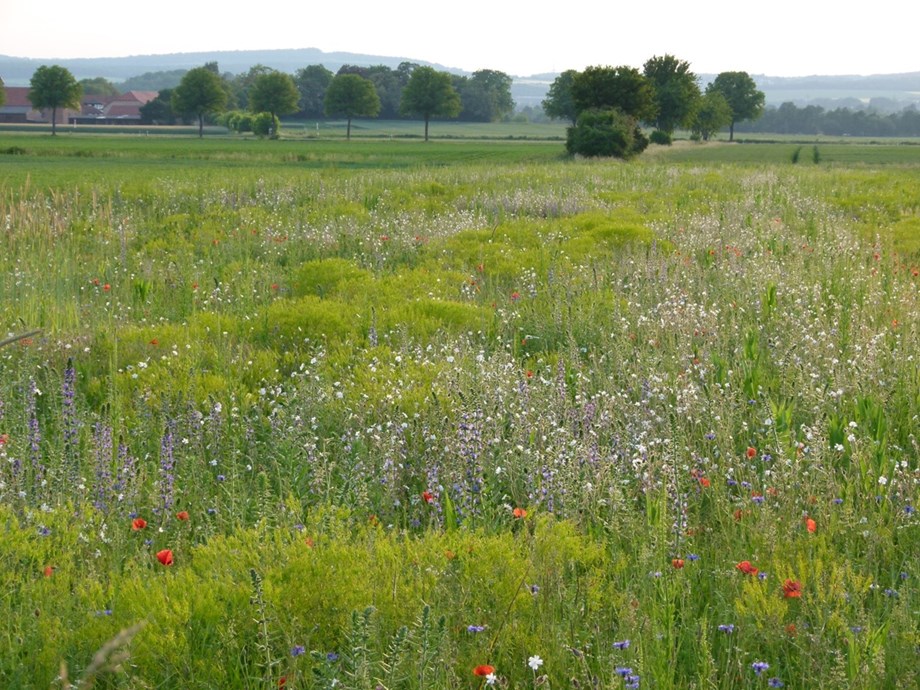 Same PARTRIDGE plot as previous photo, but two years after sowing in 2019: The number of thistles has clearly diminished!

Another PARTRIDGE flower block example was a patch which contained a near-monoculture of thistles in 2020 that recovered without treatment by 2021. 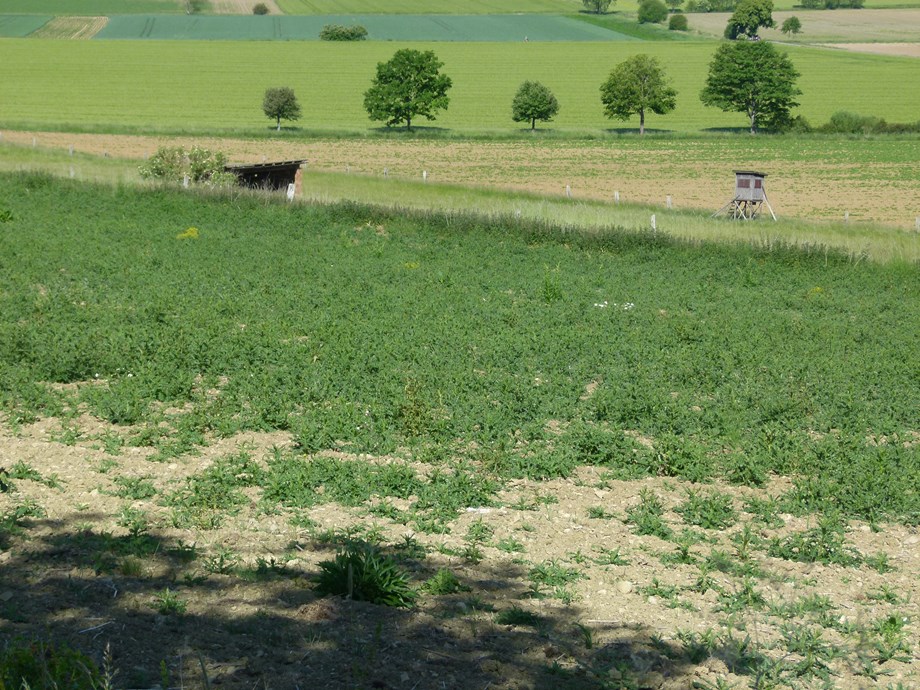 A PARTRIDGE flower plot which is completely overgrown with thistles in 2020. The visible vegetation is nearly exclusively Cirsium arvense

What happened? The Creeping Thistle obviously had the ability to overgrow the sown vegetation. How could the desired vegetation regain the area? In our case, a plant disease helped: in a dense stand of potential hosts, a rust fungus infected the thistles and infection spread easily. This weakened the plants so seriously that most of them died, including the roots. 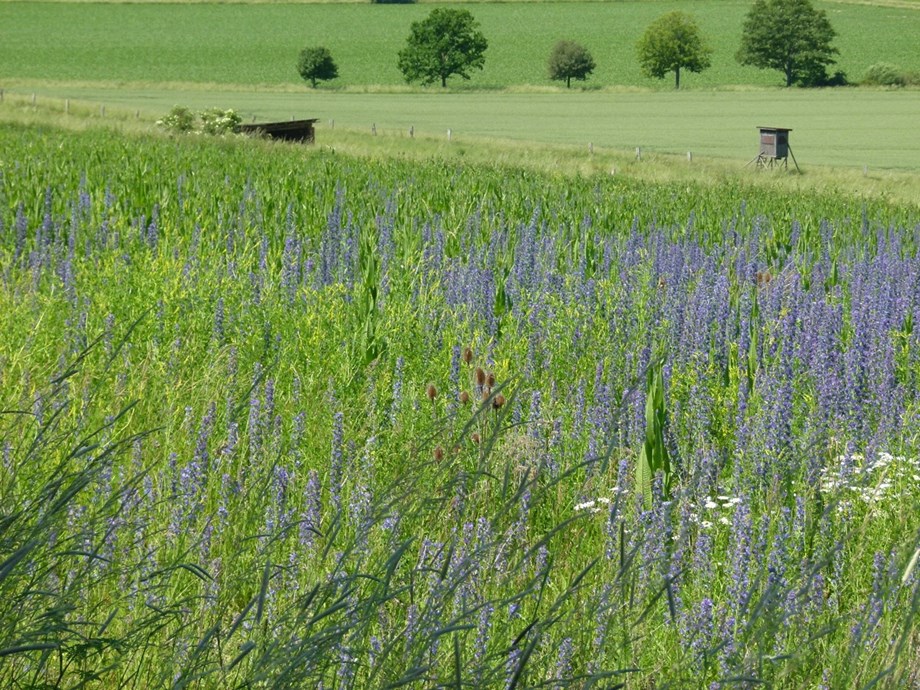 The same plot as in previous photo, but one year later in 2020. Echium, Melilotus and Dipsacus now dominate the vegetation; single stems of Creeping Thistles are still present, but not conspicious

Long-term experience with several old flower blocks in their 16th year demonstrates that thistles will remain part of the vegetation, but not as dominant as during their early years after original establishment. Therefore, in our experience patience paid off. We did not lose a year for re-establishment of the plot, we have not used pesticides and the solution seems to be sustainable – the fungus stays - and after such an infection, the thistles never regained dominance. 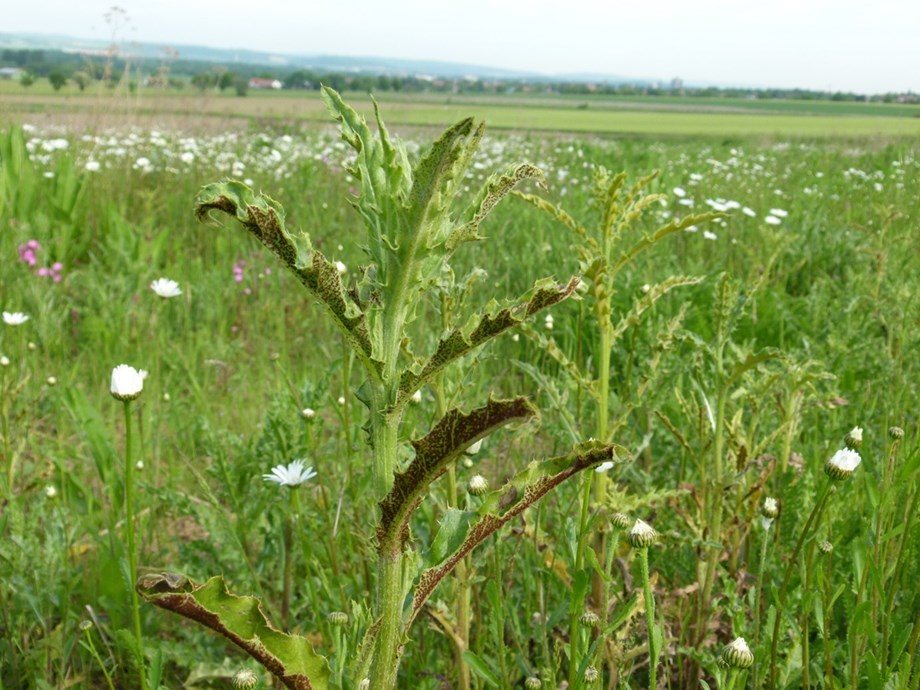 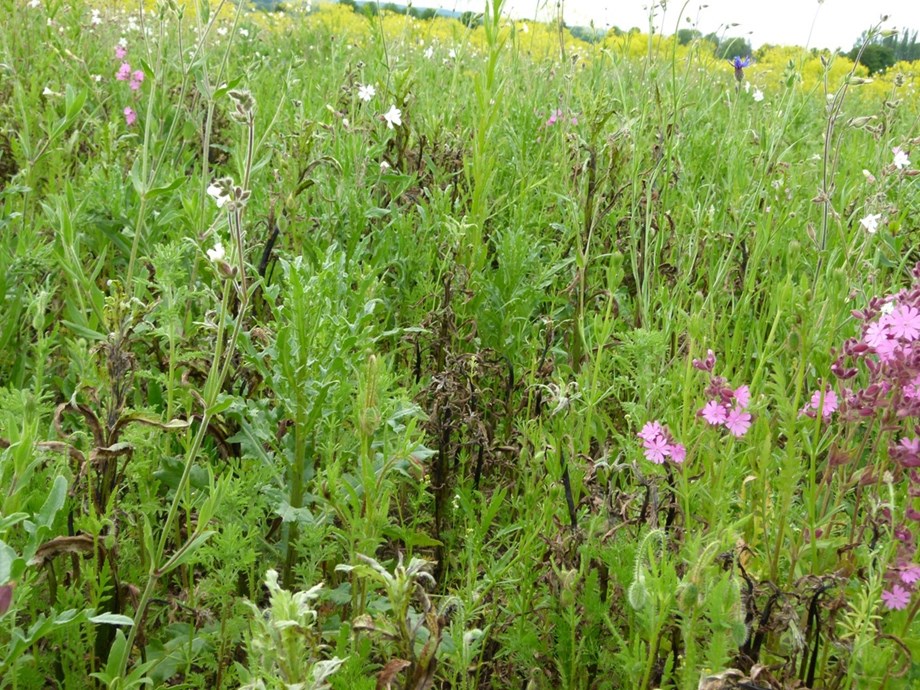 Most thistle-shoots died following the fungus infection, though some remained alive 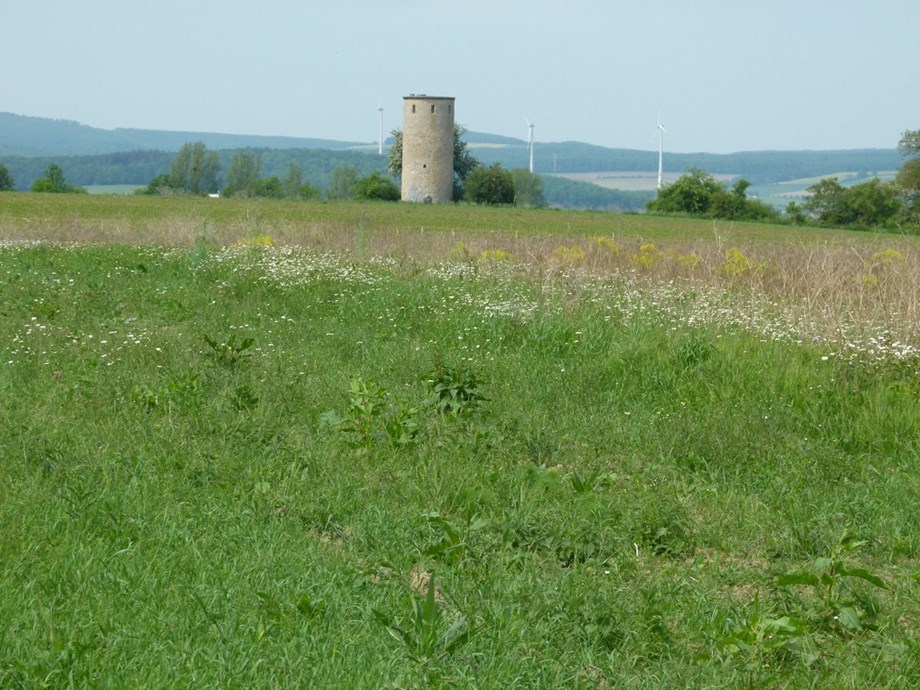 Old PARTRIDGE flower block in its 16th year: The phase with a dominance of thistles was just a short episode in the history of this plot