The world through the eyes of a grey partridge chick…

25 June 2018 - Published by Paul Stephens
To a tiny grey partridge chick fresh out of the nest, farmland can either look like a bounteous, lush forest with abundant food resources and protective cover, or like a devastated, barren moonscape, harsh and unforgiving.

Which scenario it encounters is largely down to the way the land is managed and whether habitats have been created to help wildlife or not. We hear much about the types of habitats grey partridge like and need to thrive, such as appropriate brood-rearing covers for chicks, etc., but even the simplest actions, like ploughing the ground can have huge consequences when you’re about the size of a bumblebee trying to move around. The risk of the plough destroying wader nests and the like is well known, but not many people realise what the aftermath of ploughing can mean too.

The pictures below show a strip of ploughed ground left unfortunately left in between a hedge with an emerging conservation crop and the rest of the cereal field, with four dead grey partridge chicks, apparently uninjured but trapped in the sharp crevices of the hard soil. This is extremely unlucky and very sad, but shows just what can arise from the simplest of actions. Hopefully the remainder of the brood made it to cover and are thriving… 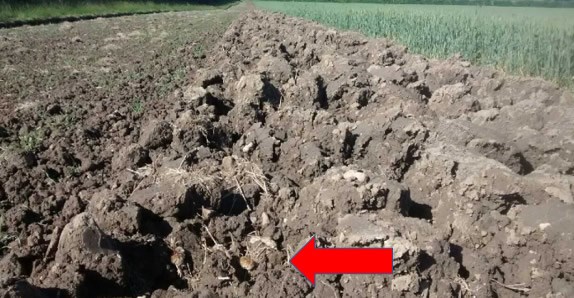 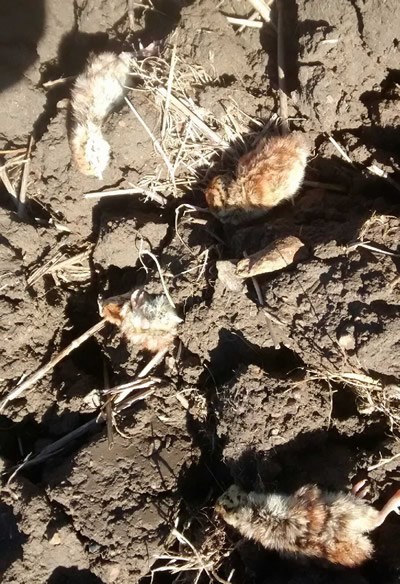 Fortunately, there are equally simple actions that can have enormous positive effects, like the humble ‘sterile strip’. This is a narrow strip, usually no more than a metre, of mostly bare ground maintained at the edge of some fields that allow young birds in particular to forage easily in open, dry habitats – especially valuable after heavy rain as grey partridge chicks, for example, are extremely vulnerable to chilling and need to dry-off quickly after rain, and do not want to forage within dense, wet vegetation.

An excellent example of this is shown below, this time from one of our PARTRIDGE demonstration sites, Balgonie Estate in Fife. Such strips can be found around most fields here and are an excellent habitat for young partridges, allowing them to access invertebrate food resources in-and-around the nearby cover crops, into which they can also easily dive for cover should predators pounce. Simple, but effective. 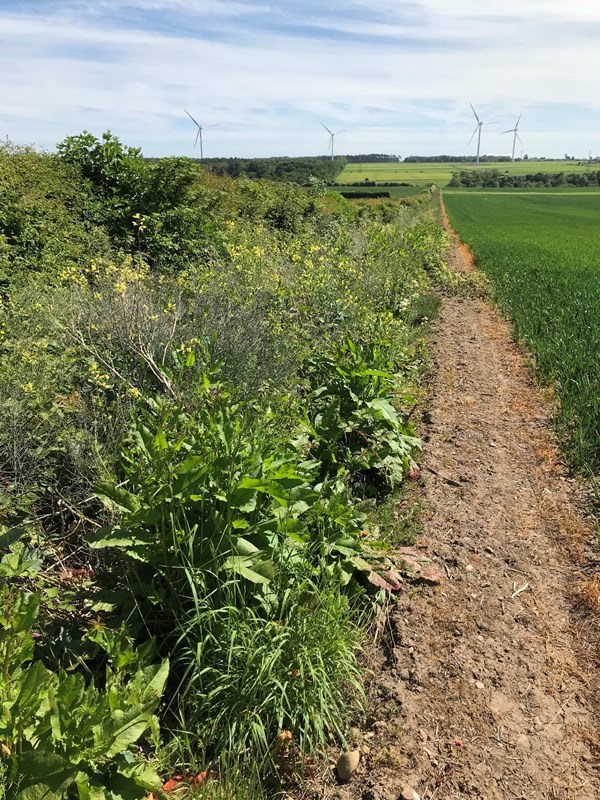