Our Secretary of State for the Environment, Michael Gove, called to visit the PARTRIDGE demo site at the Allerton Project, choosing to swap the current heat of Parliament for a frosty day in the field – and who could blame him.

I always feel re-assured when any Secretary of State turns up with his own pair of boots (not everyone who has come here previously has - no names mentioned) – so things got off to good start.

After debating the merits of the straw bale insulation around our visitor centre we headed off to meet the wildlife out on the farm, encountering one of the wildest first – our farm manager- (cross- because he is still waiting for his delayed stewardship payment) …. then onto the field to see the tamer species… 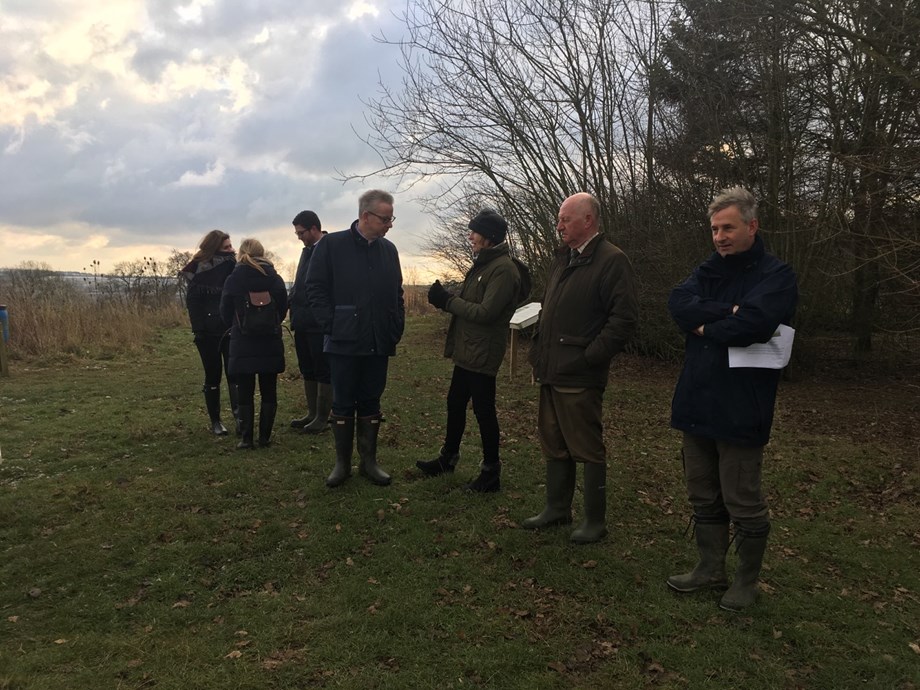 At this time of year, we are in the middle of the so-called -” hungry gap” – but not here at Allerton; whilst the wild bird covers are providing scarcely more than cover, the multitude of feeders are sustaining large numbers and they made an impressive sight, ascending in haste and winging through the blustery air, wary of a Westminster politician tramping their patch.

We can write as many papers as we like; we can explain all we like; but seeing it with your own eyes is altogether different and provides for a lasting impression.

So, when Mr Gove returns to the heat of Westminster and the debate drags on, I hope he will close his eyes and recall the sight and sounds of the birds at the Allerton PARTRIDGE site. Perhaps he would wish to be one of them – I think I would.