The natural history of the Grey partridge series 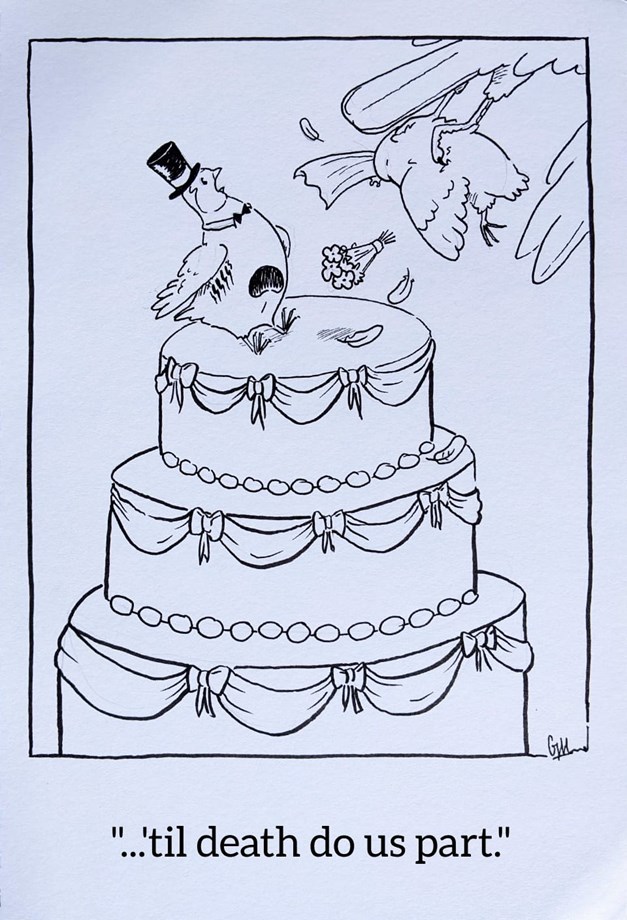 There are currently 10,989 known bird species ensuring that our world is a rich and beautiful place1. By far the most common relationship among them seems to involve only one mate at a time2,3. However, although this may sound most romantic at first sight, in the bird world, cheating on your partner to increase your genetic success over a lifetime is the norm (in science this type of pair bond is referred to as social monogamy)3. For the males it ensures more of their genes are passed on and for the females more varied genetics increases the fitness of their brood. So true or ‘genetic’ monogamy appears to be the exception3. I find this fact fascinating. Why is it that most bird species seem to choose sexual infidelity over faithfulness to ensure survival? Meanwhile, Homo sapiens is still trying to make up his/her mind. But, to be fair, contrary to birds, monogamous pair bonds are not the norm among mammals!3

It is well known that grey partridges have ‘decided’ that a monogamous relationship suites them best; but could they be even one of those unusual birds where partners are faithful to each other?3 I’ve pondered this question since I started studying greys more than 20 years ago, when, for my PhD, I followed these endearing birds almost daily with a radio antenna to discover their intimate secrets. During all that time, I never witnessed any cheating, nor during my subsequent field studies and to my knowledge no-one else has ever seen a partridge one-night-stand. If it ever happens, it must be an exception to the rule, you might say an unforgivable sin.

There are several characteristics common to species which opt for true monogamy. One of them is that there are more males than females during the mating period and I have never counted an area in spring where there wasn’t a surplus of cock partridges. Another characteristic of a species for whom cheating is taboo is that males provide a vital parental role, critical to the successful production of fledged young3. Assurance of faithfulness means males can be certain their broods are their own and so worth looking after, while for females the benefits of the male’s parental contribution outweigh anything to be gained from extra-pair copulations3,4.

The contribution of the male grey partridge is essential to the successful survival of a brood, especially during the early chick-raising stage. Only the female incubates the eggs, but the male stands guard nearby and if the male is killed at this stage, females will always abandon their nest. Moreover, if the male succumbs during the first three to four weeks after hatching, most of the chicks will die of hypothermia as the male and female partridge share brooding duties at this stage.

So, it is easy to see why, once paired, not only the cock bird, but also the hen will frequently chase away a male intruder. I have watched this fascinating behaviour in partridges many times and I’m always impressed by this display of resolute female aggression. Very occasionally, the opposite may also be observed where two pairs clash on their territory boundary and the male chases away the female of the other pair. Now that’s what I call a truly liberated bird!