The impact of the PARTRIDGE project in Scotland

21 May 2020 - Published by Francis Buner
The Scottish PARTRIDGE team have been helping to manage and monitor our two demonstration farms for more than three years now. They are Balgonie Estate in Fife and Whitburgh Farms in Midlothian. The farm teams at Balgonie and Whitburgh, and the PARTRIDGE team, have put in a huge amount of effort to transform the sites into wildlife havens but also to share our experiences with other land managers, users and with policy makers, which is starting to have a broader impact.

Via its network of ten demonstration sites across Scotland, England, Germany, The Netherlands and Belgium, plus partner organisations in Denmark and Sweden, the PARTRIDGE project, co-funded by the EU’s North Sea Region Interreg programme, hopes to show how measures that benefit the farmland specialist Grey Partridge also help a huge range of other farmland wildlife too and by doing so how future agri-environment schemes might be improved.

These schemes are the main mechanisms by which farmers across Europe can get support and encouragement to implement the kind of measures required to bring back our vanishing farmland wildlife.

The best way to conserve vulnerable wildlife is to implement measures across large areas of land because the animals we are trying to help often range across the whole landscape and require lots of different resources from different places. One of the best ways to achieve this is via Farmer Clusters. As the name implies, these are groups of farmers that work together to try and improve the environment across all their farms in a coordinated way.

This concept was developed by GWCT and Natural England a few years ago and now there are over 100 clusters in England covering many thousands of hectares. With help from the PARTRIDGE project, we are now doing the same in Scotland (and other partner countries) and 2019 saw the first clusters established, one of which visited both demonstration sites for inspiration.

At Whitburgh they saw a mix of Grey Partridge habitats where every suitable field has something for the birds, and at Balgonie a display of best-practice cover crops where the novel PARTRIDGE seed-mix was thriving, providing year-round resources for many farmland species. Buoyed-up by what they saw, the cluster farmers are monitoring their Grey Partridge and some other wildlife,  and are designing a plan to better support them.

The ideas promoted by the PARTRIDGE project are being well received by a varied audience. With help from Balgonie Estate staff, we host a number of events annually there with our local partners Kingdom Farming, Scottish Agronomy and Kings Crops. 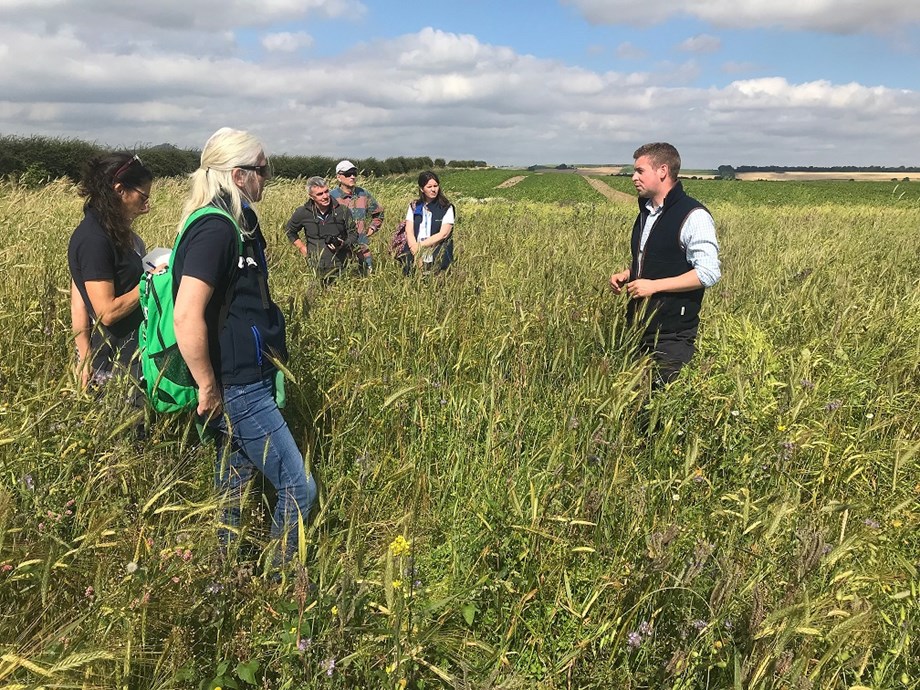 These provide opportunities to expose arable farmers, policy influencers and retailers to the concept of farming to enhance wildlife – all key players in making agriculture more sustainable in the long-term. Key among our visitors in 2019 were Nature.Scot (formally SNH) who advise the Scottish Government on conservation matters and PepsiCo, an international food retailer that encourages its suppliers to operate in a sustainable manner.

In the summer of 2019, Nature.Scot visited Balgonie to view some of the different seed mixes in use there. Kirsten Brewster, part of the Nature.Scot team that day, said “We were inspired by what we saw at Balgonie. The PARTRIDGE project has revealed some very useful insights into what works best for birds and pollinators. It was encouraging to hear how many arable farmers are embracing the challenge of finding the most effective way of managing their crop margins for biodiversity.” 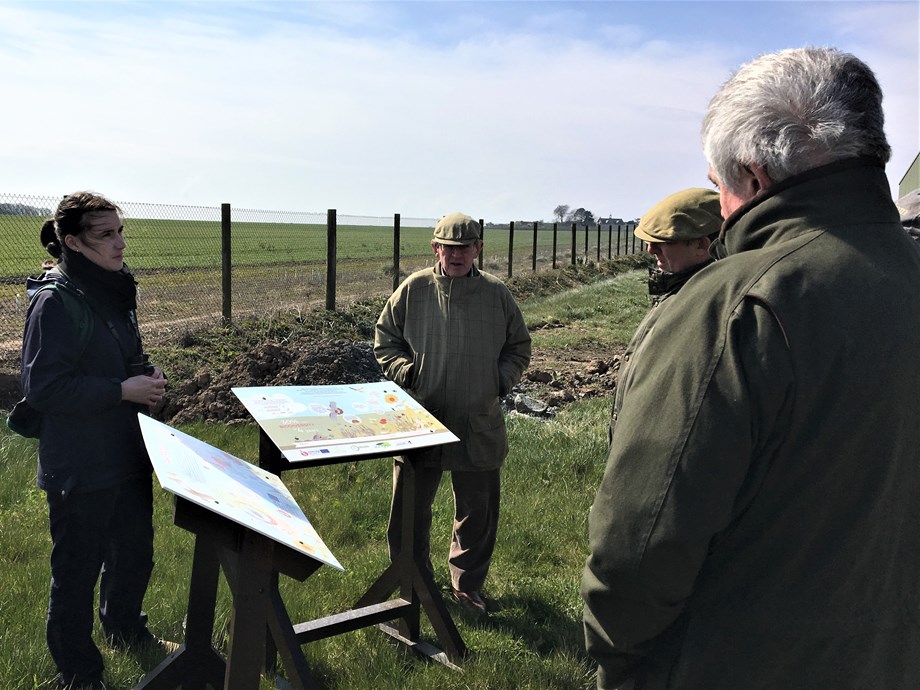 Also in the summer last year, representatives of the PARTRIDGE project spoke to a group of PepsiCo growers at Balgonie as they discussed the importance of sustainable food production: “PepsiCo believes that sustainable agricultural practices will be pivotal in meeting the increasing demand for food as the global population grows, while also addressing the need to manage natural resources.” We hope we were able to give them some new, practical ideas for implementing this ethos on the ground.

The PARTRIDGE project shows the value in demonstrating what is possible. Already in Scotland a number of farmers outside the project areas have adopted the novel cover crop mix we’re using and policy makers are investigating ways of better supporting Farmer Clusters. If you would like more information about the project or to visit one of the Scottish demonstration farms, please get in touch (dparish@gwct.org.uk).