The challenges of growing quality conservation crops: progress with PARTRIDGE at Balgonie

18 June 2018 - Published by Paul Stephens
Balgonie estate in Fife is one of the ten demonstration sites supported by the EU North Sea Region programme, as part of the PARTRIDGE project.

This hopes to show how farmers can help reverse biodiversity declines in the countryside in Scotland, England, Belgium, the Netherlands and Germany by managing habitats designed for the red-listed Grey Partridge, but which are fully exploited by a range of other farmland wildlife. But this assumes that we can create such habitats to show to others and this isn’t always easy. A big part of this project at Balgonie is to document the challenges we experience in growing these crops so we can help others to avoid them.

You might think creating healthy cover crops is easy: the seeds come with helpful guidelines on ground preparation and sowing, and on management requirements. But often one size does not fit all and it can be difficult simply because the best cover crops usually consist of a mix of species which may all require slightly different conditions or respond differently to the local setting. Many growers ask the GWCT advisory service for guidance on this every year and that is for the commonly used mixes: it is even harder when experimenting with new things.

For some time now at Balgonie, we have been trying a simple cover crop based on chicory, with the idea that this tall, sturdy, perennial plant would provide excellent cover and shelter year-round, for several years, with only minimal intervention to stop weeds taking over and ensure suitable open foraging areas for young birds, and as such being relatively simple to grow and requiring little effort. Well, this has worked to some degree with a few strips looking fine, like the one below now in its fourth year, with the chicory powering through again and the weeds not too burdensome. 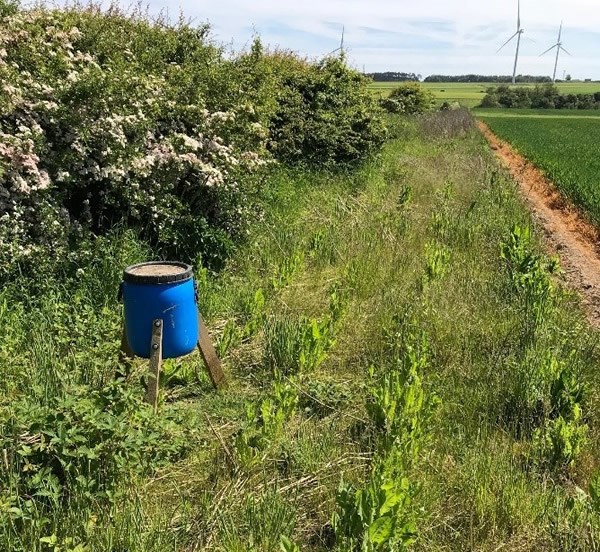 However, in other areas we have serious weed problems, like this example of the same age, where the headland has been taken over by grass and the chicory is swamped. Weed problems are hard to control chemically as this often harms the chicory too, so here we are trying to discourage weeds by topping hard, which early trials suggest may help, but still some of the chicory headlands will be reseeded soon so we can create better habitats for wildlife. 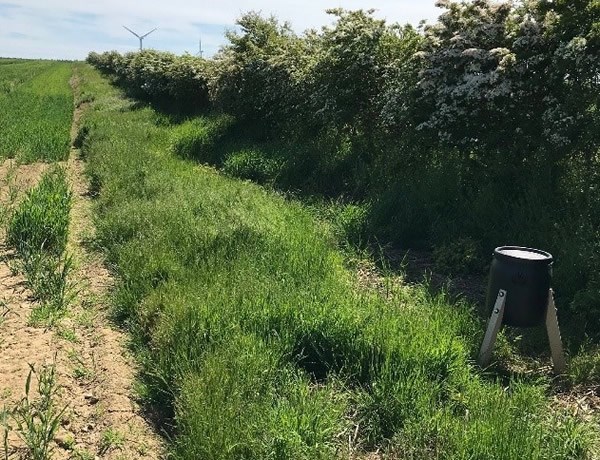 This year we are also trying a new seed mix developed with help from Kings specifically for the PARTRIDGE project at Balgonie. This consists of around a dozen species of annuals, biennials and perennial plants, which with careful management should provide year-round resources for Grey Partridge and others. Sowing in large blocks, like the new plot below, allows half of the crop to be cut in year two so that we create an open crop structure ideal for young birds to forage in. The remainder of the crop is taller and denser, providing escape and nesting cover.

This regime is repeated each year in a cyclical fashion, cutting the portion previously uncut, and so on. Here again the idea is to manage with a ‘light touch’ with no chemical interventions as far as possible. This approach has worked nicely in Germany where the concept was developed, with some plots now in their 13th year! We will report on progress at Balgonie in due course… 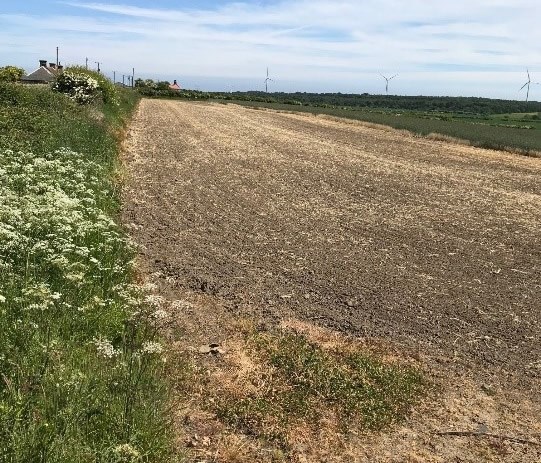